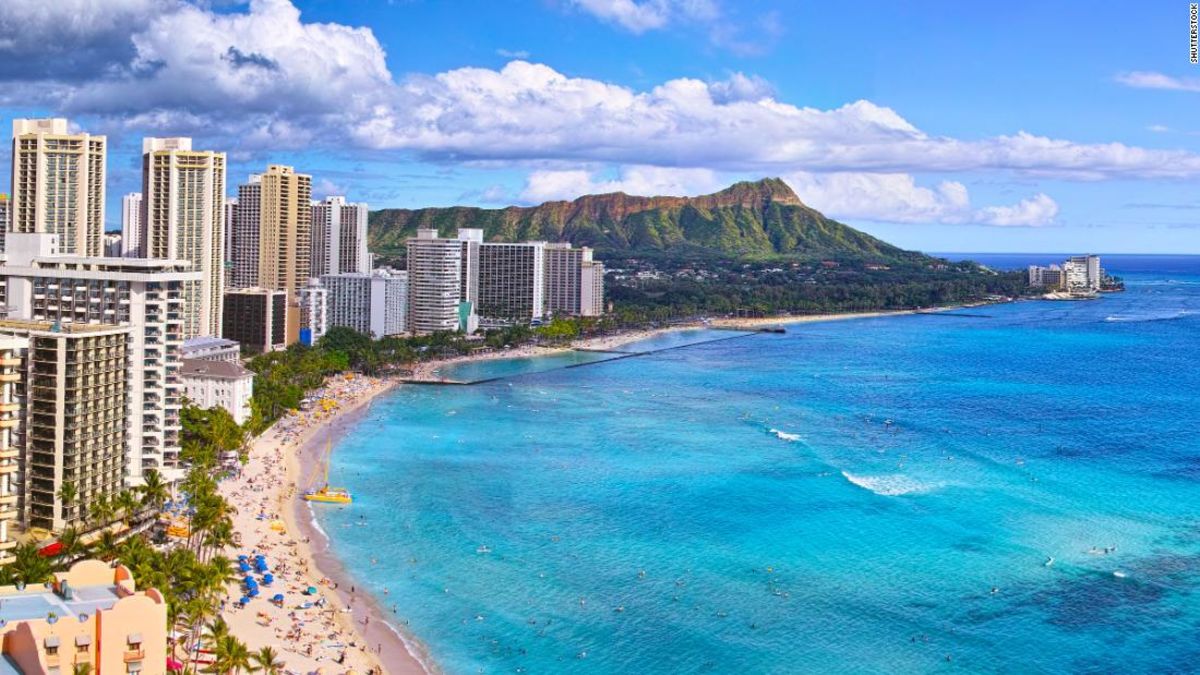 (CNN) — It’s easy to see why millions of people flock to the beach every year.

They are dynamic places — and not just because they’re great for relaxing, surfing or people watching. With each crashing wave and changing tide, billions of pieces of sand and rock are constantly rearranged.

This is what nature intended.

What it did not, some scientists say, are the buildings that tower over some of the world’s most popular beaches.

In many cases, this real estate that is coveted for its proximity to the beach is disrupting natural processes and in many places, increasing the rate of erosion.

Compounding the problem are the jetties, groins and other man-made structures built to keep sand from moving.

“Once you block the movement of sand, it may move to deeper areas offshore instead of replenishing the beach,” said Kristina Hill, an associate professor at the University of California, Berkeley.

Combine this with rising seas and more intense storms caused by the climate crisis, and you have an existential threat to some of the best beaches around the world.

“As sea levels rise, that beach wants to be somewhere inland. And in order to try to get there, we expect that it will take away the beach much faster than it is right now,” said Orrin Pilkey, director emeritus for the Program for the Study of Developed Shorelines.”Sea level rise will spare nobody.”

Here’s how some of the world’s most famous beaches are imperiled by sea level rise.

Framed by highrise buildings and the Diamond Head crater, when you think of Hawaii, you think of Waikiki Beach.

But scientists say we are already locked into some amount of sea level rise from the greenhouse gases humans have added to the atmosphere, and without swift global action to reduce emissions, Waikiki’s fate remains uncertain.

After past storms, the city has tried to replenish the sand lost from its famous beaches by dredging it up from offshore. But finding usable sand is becoming harder in an era of rising seas.

But many of the country’s beaches are imperiled by the combined impacts of sea level rise and intensive coastal development.

Surfers Paradise — located on the Gold Coast and arguably the country’s most famous beach — is also among the most vulnerable because of the high rises that hug its sandy shores.

One of the busiest and most crowded beaches in the US, Ocean City and its lively boardwalk are huge economic drivers for the state of Maryland.

And based on the latest scientific projections, beach upkeep will be even more difficult in the future.

Drawing millions of visitors to sunbathe, surf and people watch, LA’s Santa Monica Beach won’t be spared the impacts of the climate crisis.

Like all of Barcelona’s eight beaches, Barceloneta is a man-made creation. And with little space to retreat because of the surrounding urban area, the beach will face challenges as sea levels creep higher.

With sea levels now expected to rise more than previously predicted by 2100, it will likely be difficult for Barcelona to maintain its status as a premier destination for urban beachgoers.

With its powerful waves, wide beach and close proximity to downtown San Francisco, Ocean Beach draws Bay Area surfers and outdoor enthusiasts of all stripes. But like so many other urban beaches, it faces a host of challenges.

CNN’s Ryan Prior contributed to this report.