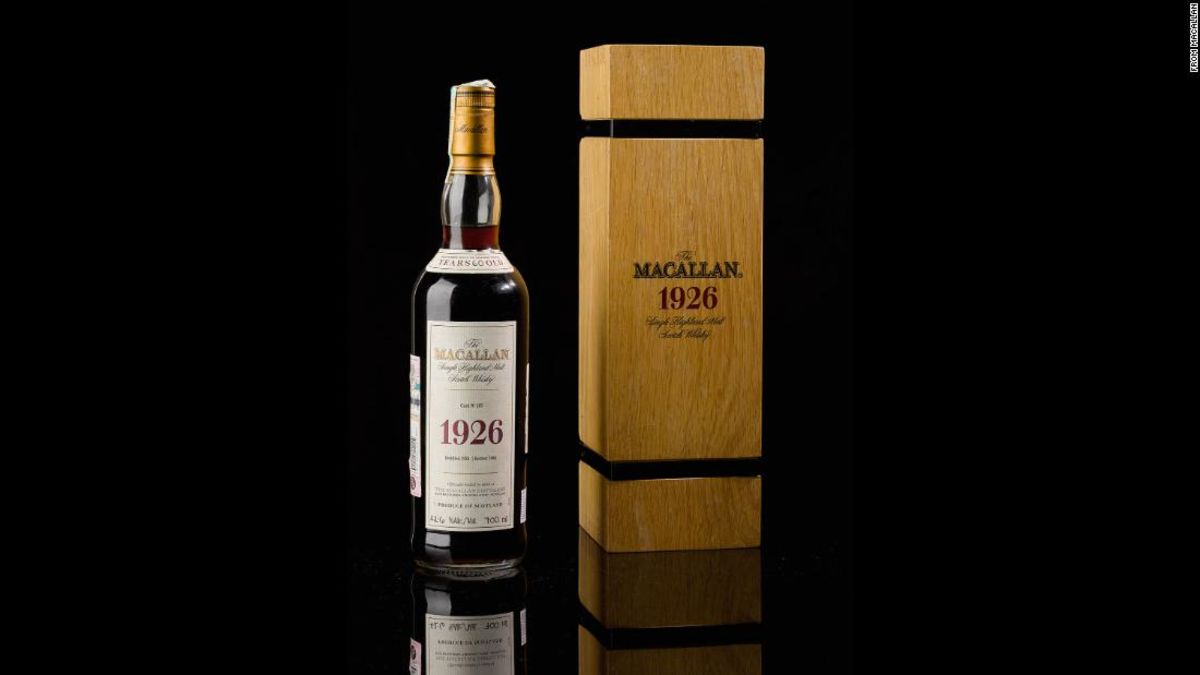 The Macallan Fine and Rare 60-Year-Old 1926 became the most expensive bottle of wine or spirit ever auctioned.

This is the second time a vintage bottle of this kind has made history at auction. Just last year, a bottle from the same Macallan batch broke the same record, selling for $1.2 million at Christie’s in London.

Distilled in 1926, the highly coveted bottle comes from cask number 263. Of the 40 bottles drawn from the cask, only 14 were given the Fine and Rare Label that Thursday’s auction item bore.

“The electricity in the auction room was palpable,” said Sotheby’s Spirits Specialist Jonny Fowle in a statement. “There were cheers when the hammer fell on the Macallan Fine and Rare 1926, in what has to be one of the most exciting moments in the history of whisky sales.”

The 1926 Macallan was the hero of the auction, which featured more than 460 bottles of Scotch from the private collection of a connoisseur. The whole collection was sold, totaling $10 million in sales for Sotheby’s first single-owner whisky collection.

The auction included many other rare vintages, all from the collection of a single person.

Cask 263 has become a multimillion-dollar batch for the Scottish distillery, producing some of the most sought-after bottles to ever hit the auction block.

Its contents were bottled in 1986 after maturing for six decades in European Oak at Macallan’s distillery near the River Spey in Scotland.

The cask 263 batch has produced six record-setting bottles beginning in 1986 when one sold in New York for $6,411, setting the Guinness record for “The World’s Most Expensive Spirit.”