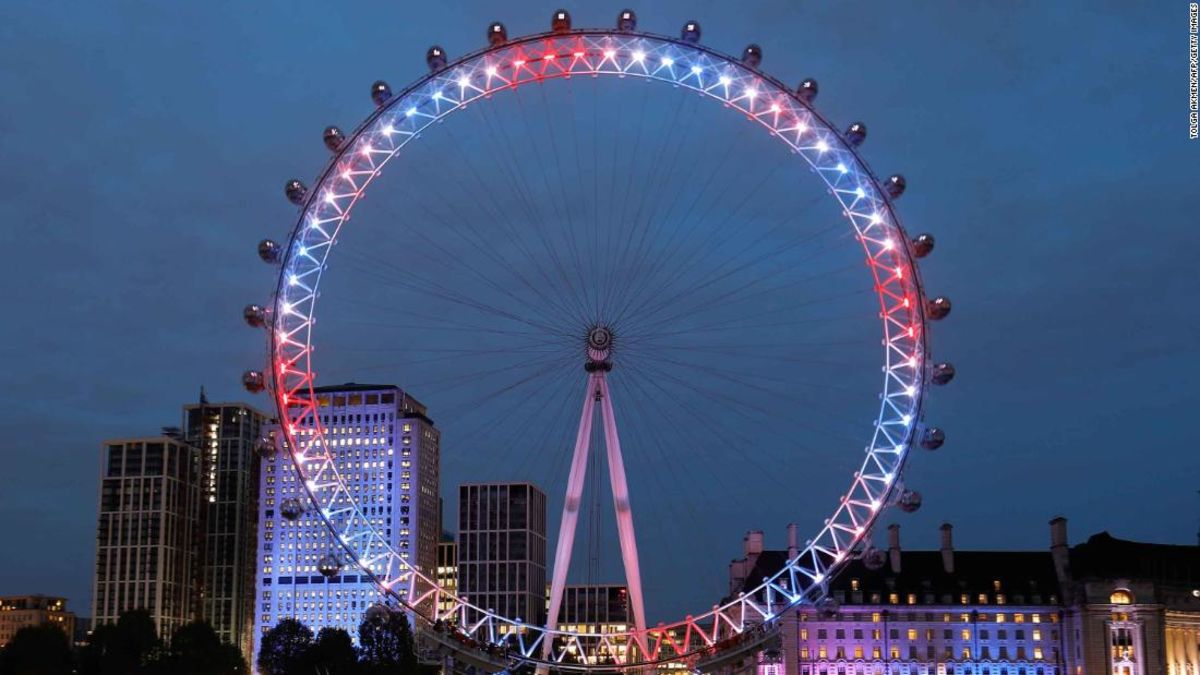 But for an hour on Friday morning, tourists were able to catch a glimpse of the big wheel in a different light, as the popular landmark rotated backwards for the first time since it was opened.

The unusual event, which lasted for an hour, was in honor of one of the final mornings of British Summer Time. As the UK settles into autumn, the clocks will go back an hour in the early hours of Sunday, taking the UK to Greenwich Mean Time (GMT) and giving residents an extra hour in bed.

“This year we wanted to mark the end of British Summer Time with an all-time first experience, rotating the London Eye in reverse to showcase the iconic view from a new perspective,” Sunny Jouhal, general manager at the London Eye, said in a press release.

The London Eye rotated backwards for an hour to honour the end of British Summer Time.

Designed as a temporary attraction to celebrate the new Millennium and originally only intended to stay open for five years, the London Eye is one of the city’s most popular paid tourist attractions.

Standing at 443 feet (135 meters) tall over the River Thames, each 30-minute rotation grants ever-changing, 360-degree views spanning the length and breadth of London (and beyond, if the weather plays ball).

The landmark, which claims to be the world’s tallest cantilevered observation wheel, has 32 fully enclosed capsules — one for each borough of Greater London — which move at a leisurely 0.6 miles an hour.

Each capsule fits up to 25 people, but there’s enough space for you to walk around and see how many landmarks you can spot, and visitors can also opt for a Cupid’s Capsule, proposal capsule, or even get married while rotating over the capital.

As well as spinning backwards, the lights along the wheel flashed red and white on Friday, treating spectators to an early morning light show.