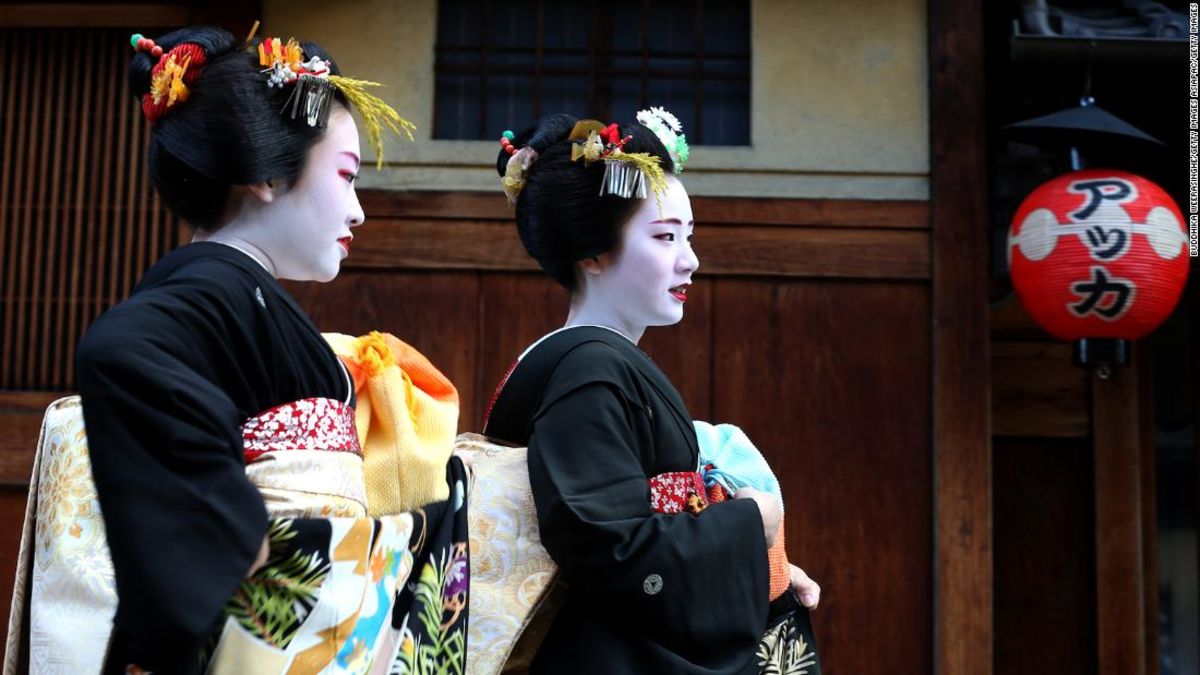 (CNN) — Kyoto’s historic Gion neighborhood is cracking down on photography in response to ongoing issues with bad tourist behavior.

As Japan’s tourism has grown exponentially, Kyoto has struggled to maintain its local way of life. Thousands of foreign tourists fill the city’s streets daily, many staying in local hotels while others visit as part of day trips from nearby Osaka.

Gion, with its narrow alleys and picturesque teahouses, is a particularly popular area and home to many of Japan‘s geishas.
According to Japanese public broadcaster NHK, Gion’s local resident group has voted to ban photography in the community’s private streets and homes. Anyone caught flouting the law will be fined ¥10,000 ($92).

Japanese geisha and their apprentices walk in the street during an annual new year’s ceremony at the Gion Kobu Kaburenjo Theater on January 7, 2016. The area is one of Kyoto’s most popular tourist destinations.

Tourists have been coming to the neighborhood in droves, and while some enjoy simply walking and taking in the scenery or visiting a traditional teahouse, others have been less courteous, particularly when it comes to photographing geishas and maikos (geisha apprentices).

NHK reports that the ban, which came into effect on October 25 and covers private alleys near Hanamikoji street, comes on the heels of complaints that some tourists have taken photos of geishas without permission, in some cases going so far as to chase the women down the street, or tug at their kimonos.

Others have reportedly entered private property without permission.

While locals have taken on the duty of enforcing the ban individually, Japan Today reports that video surveillance will also be used to help track down offenders.

It’s not yet clear how the bans and fines will be enforced.

The Gion photography clampdown is the latest in a series of attempts to educate travelers about Japanese etiquette.

In 2017, the city of Kyoto released and widely shared an English-language guide about how to behave while visiting their city. It was accompanied by a list of activities tourists could be fined for, including smoking in public and bicycling while drunk.

And while Kyoto’s popularity issues have been going on for some time, it’s not the only Japanese city dealing with some of the unintended side effects of welcoming international guests.

The city of Kamakura, best known for its giant Buddha, posted signs last year asking travelers not to eat while walking.

While some of that stemmed from concern around littering, it also related to Japanese culture, where it’s considered disrespectful to eat while doing a physical activity.

So far, the practice isn’t banned, though — just frowned upon.