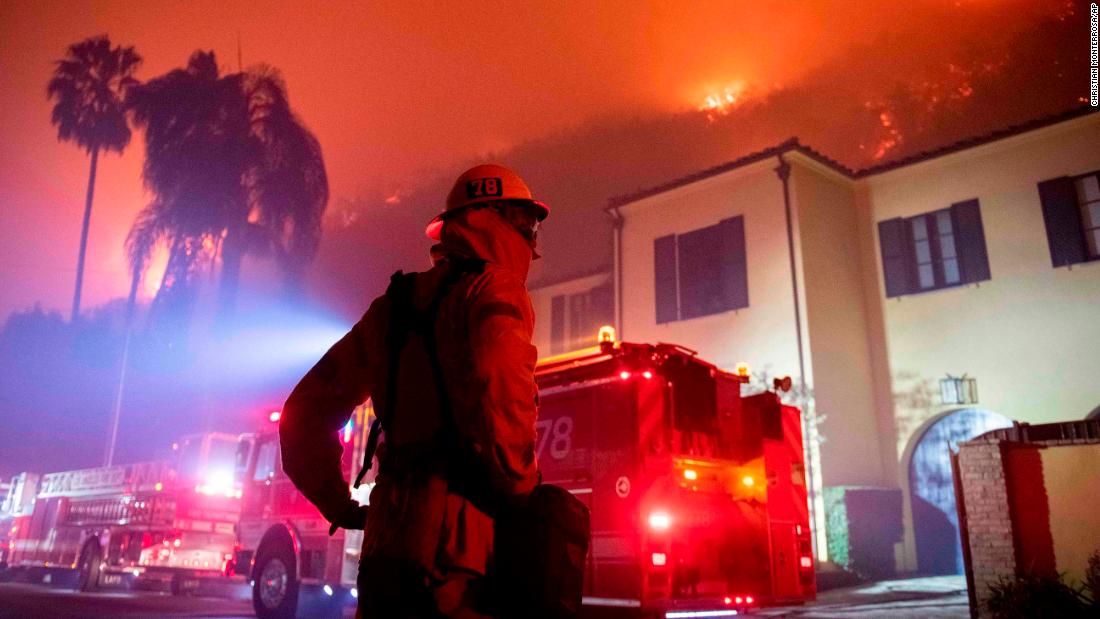 Travel
Share on Facebook
Share on Twitter
Share on Pinterest
Share on LinkedIn
Share on Facebook
Share on Twitter
Share on Pinterest
Share on LinkedIn
The artwork in the J. Paul Getty Museum in Los Angeles is “considerably safer not being moved,” said museum spokeswoman Lisa Lapin, as thousands evacuated or lost power Monday because of wildfires raging in Southern California.
That’s because the stone, concrete and steel building has state-of-the-art technology to protect itself.
“The safest place for the art and library collections is inside,” the museum said on Twitter. The museum also said that over 600 firefighters are providing air and ground support to contain the fire.
The Getty was designed by architect Richard Meier with disaster situations like these wildfires and earthquakes in mind, Lapin said.
“Our buildings are stone, concrete and steel; the rooftops are stone, to prevent embers from landing and igniting,” Lapin told CNN in an email.
She said the galleries on the museum’s campus are double-enclosed, meaning they are buildings inside buildings with thick walls.
The Getty Museum also has a sophisticated air filtration system that can reverse directions and push air out, Lapin said. That system keeps smoke and ash from getting into the galleries and protects the collection.
There’s also the million-gallon water tank that allows museum staff to irrigate a large area in case of a fire, Lapin said.
“We manage the landscape for fires. We have extensive brush clearance programs and plantings that are more fire resistant,” she said.
The Getty Museum opened in 1997, and originated from the expansive art collection of J. Paul Getty, the founder of Getty Oil Company and one of America’s richest industrialists.
The museum is home to over 125,000 separate objects in the museum collection, many of them masterpieces, Lapin said. There’s an additional 1.4 million volumes in the art library, including medieval manuscripts. Many of the works of art are valued “in the many tens of millions,” she said.