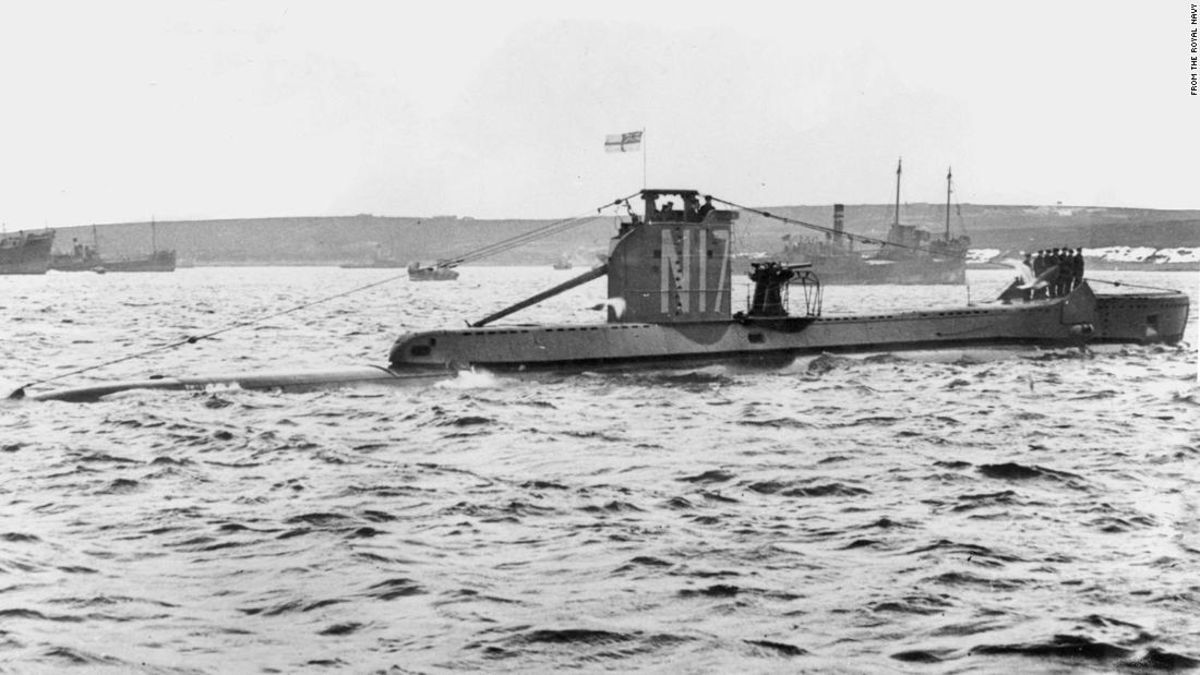 Editor’s Note — HMS Urge, shown here in harbor, set out from Malta for Egypt in April 1942.

(CNN) — The wreck of a British submarine that went missing during World War II with 44 people on boardhas been found off the coast of Malta.

HMS Urge — part of Britain’s 10th Submarine Flotilla — left the Mediterranean island of Malta on April 27, 1942 but never made it to its destination of the Egyptian port of Alexandria. Until its discovery this summer, both the reason for the ship’s disappearance and its final resting place were unknown.

According to the researchers who located the wreck, the vessel was sunk by a mine off the island. It now lies on the sea bed, approximately 400 feet down.

The hunt for the submarine began in 2017, when Francis Dickinson, grandson of the Urge’s commander, contacted the University of Malta (UM) to ask about its work mapping the seabed.

Timmy Gambin, a professor in the university’s Classics & Archaeology department who worked on the project, told CNN that UM had spent 20 years “systematically surveying the seabed off the Maltese Islands,” covering more than 1,200 square kilometers (463 square miles) to date.

He added: “The Urge was found as part of this broader survey but the areas searched were decided upon with the specific intention of locating the submarine.”

Although the wreck was discovered over the summer by an autonomous underwater vehicle, which used sonar to generate images of the seabed, news of the find was delayed until Britain’s Ministry of Defence could confirm that it was HMS Urge.

Gambin told CNN that this was especially important given previous speculation about the submarine’s whereabouts — a few years ago, a diver claimed to have discovered it off the Libyan coast, far from its intended course.

He added:”When a shipwreck where persons have been lost is discovered — there is more to the site than just another underwater archaeological site. This is the burial place for those serving/travelling on board.

“The site also becomes a (previously unavailable) focal point for the memorialisation of those lost in the incident.”

The wreck’s exact location has not yet been disclosed.

In a statement released on Thursday on its website, the Royal Navy said HMS Urge had been “conclusively located and identified.”

Lieutenant Commander Edward Tomkinson was commander of HMS Urge when it sank.

Urge was one of 13 small “U-class” submarines lost in the Mediterranean during World War II, according to the navy’s statement. During its patrols there, it damaged the Italian battleship Vittorio Veneto and sank the Italian cruiser Bande Nere.

Dickinson, whose grandfather, Lieutenant Commander Edward Tomkinson, commanded the submarine, told CNN: “It was a privilege for our project to see clear colour images of this special submarine for the first time since 1942. The crew fought for freedom but above all wanted peace.”

He added: “Work is under way to establish a memorial in Malta in 2020.”