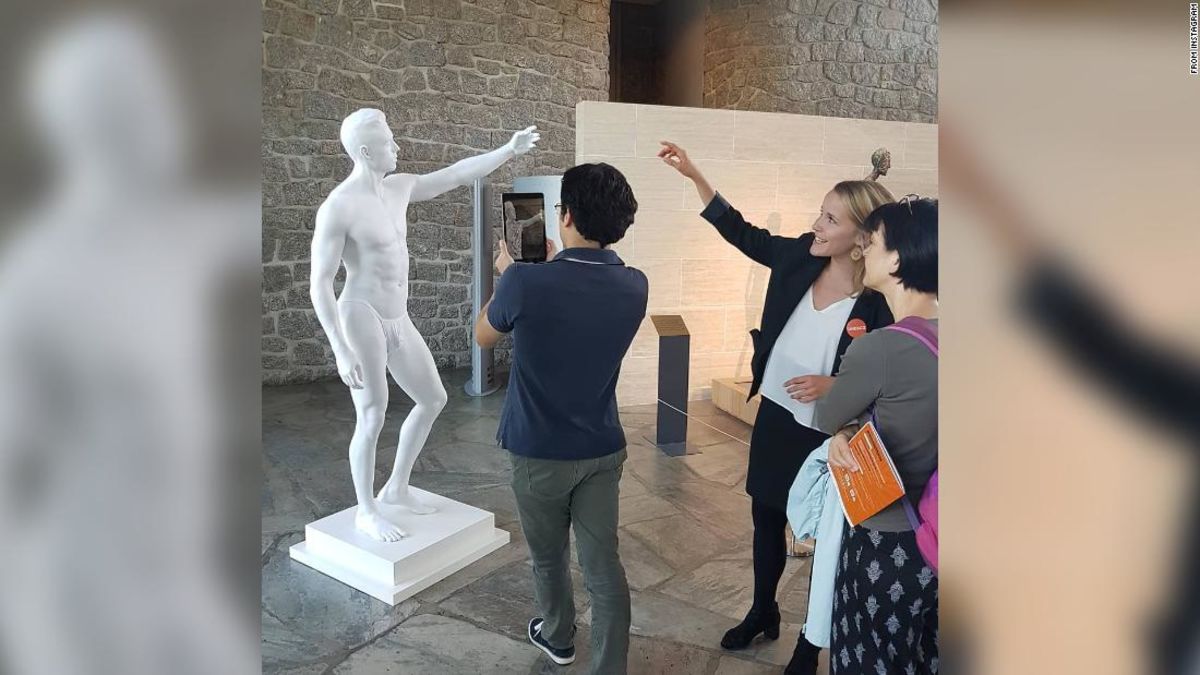 Stéphane Simon’s “In Memory of Me” series was intended to comment on the culture of selfie-taking.

But officials decided to cover the offending parts of the artworks with underwear, to the shock of Simon and the ridicule of arts commentators.

Simon told CNN the clothing was “disgusting” and said the experience left him “humiliated.”

“I felt ashamed, so deeply sad to see all these years of work and research broken,” he added. “For two days visitors came to meet, to ask me: ‘But why did you do that?’ But it was not my choice.”

The artworks, part of a project called “In Memory of Me,” had been designed to comment on the spread of the selfie in recent years.

“I should have spent two days explaining the fascinating link” between the practice of selfie-taking and Ancient Greek history, Simon added.

He said he had raised the issue of nudity during planning meetings with UNESCO before the event, but had not been asked to cover up the works until a few days before the sculptures were displayed and had no time to amend the pieces appropriately.

UNESCO has not responded to CNN’s request for comment, but the UK’s Times newspaper quoted a spokesperson saying: “We didn’t want to censor the artist, and understand that he felt hurt.”

Simon added to CNN that the organization has recognized a “mistake made by one employee.”