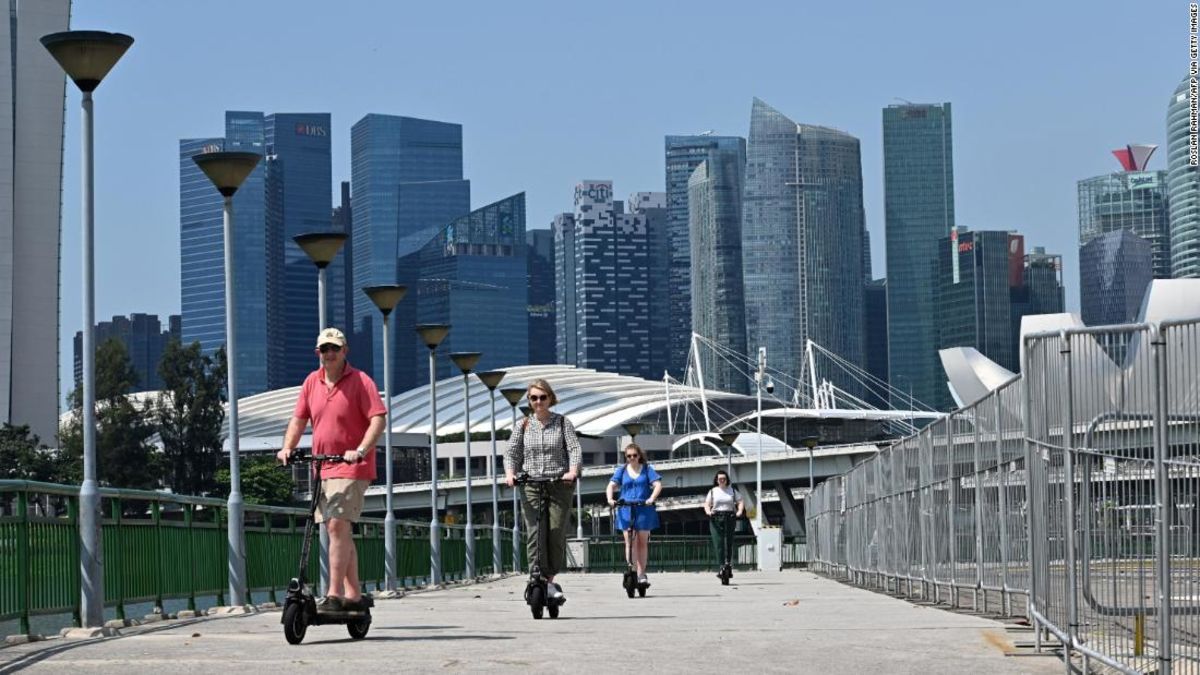 (CNN) — Singapore has banned the riding of e-scooters on sidewalks in the city-state from Monday, November 4 after a growing number of accidents involving the motorized devices, including at least one fatality.

Senior Minister of State for Transport Lam Pin Min said in parliament Sunday that there would be an advisory period until December 31, involving warnings for riders.

The move came shortly after the death of a 65-year-old woman who collided with an e-scooter while riding her bike in late September. According to the Straits Times, she died in the hospital from a brain injury several days after the accident.

Lam said that the calls for a ban had been getting louder after an increasing number of road accidents and continued abuse of e-scooter regulations. He added the laws would not extend to people with disabilities.

Singapore is not alone in banning the motorized scooters from its sidewalks. The devices are no longer allowed on sidewalks in France, after thousands of e-scooters began to cause tensions with residents.

Minister Lam said that the convenience of e-scooters for commuting and food delivery services had led them to grow rapidly to almost 100,000 devices across the city.

He said they’d tried to regulate them by putting in place safe-riding programs, speed limits and licenses for riders, but it hadn’t been enough to curb accidents.

“We continue to encounter errant riders who use non-compliant devices and ride dangerously,” he said.

Lam said 370 offenders were caught on average a month violating e-scooter regulations, leading to an increasing number of accidents.

“This ban of e-scooters from footpaths is a difficult decision but it is a necessary step for pedestrians to feel safe again on public paths,” he said.