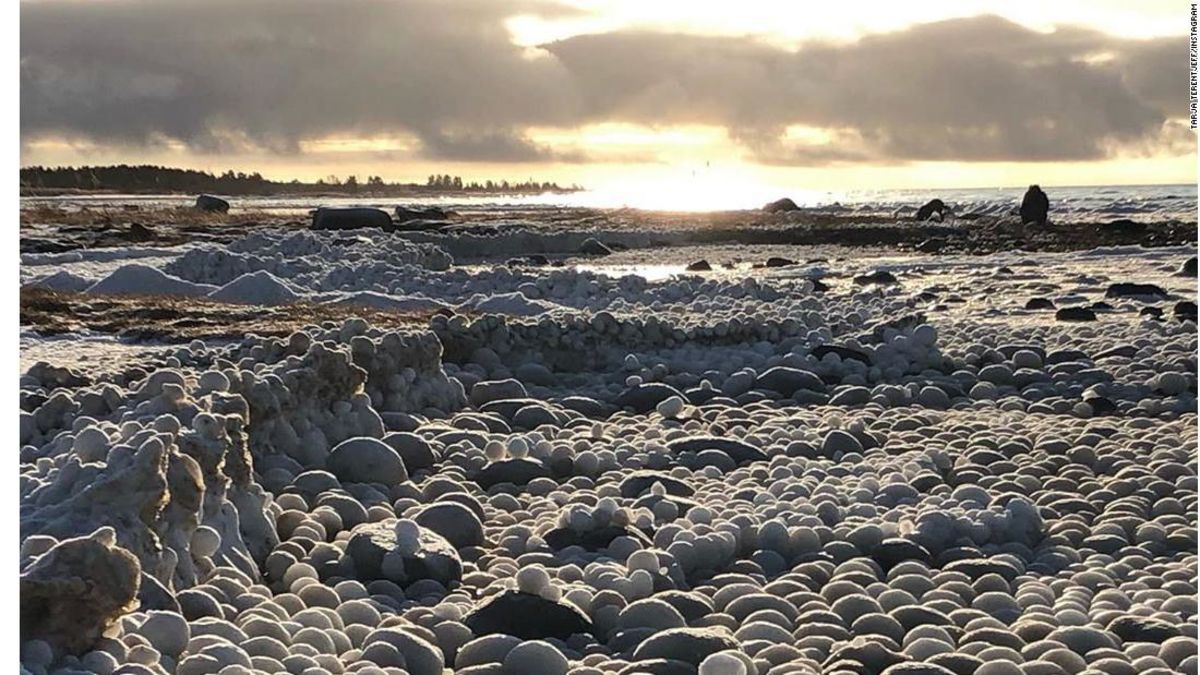 (CNN) — Egg-like ice balls are piled up on a beach in Hailuoto, Finland, delighting people who braved the cold to visit the island.

“This was [an] amazing phenomenon, [I’ve]never seen before,” Tarja Terentjeff told CNN.”The whole beach was full of these ice balls.”

Hailuoto is in the Gulf of Bothnia, which separates Finland and Sweden in the northernmost arm of the Baltic Sea.

Terentjeff lives about 35 miles away in Oulu, and will drive and take a 30-minute ferry ride from the mainland out to the island because it’s such a beautiful place.

Sirpa Tero told CNN that she’s seen this before, but not over such a large area. She said it seemed to cover miles.

Ice balls such as these form when turbulent water near the shore breaks up a layer of slushy ice, according to CNN Weather.

The layers of slush stick together and build upon each other in the supercooled water. As the waves crash ashore it causes the ice to spin in place, which smooths them into balls.