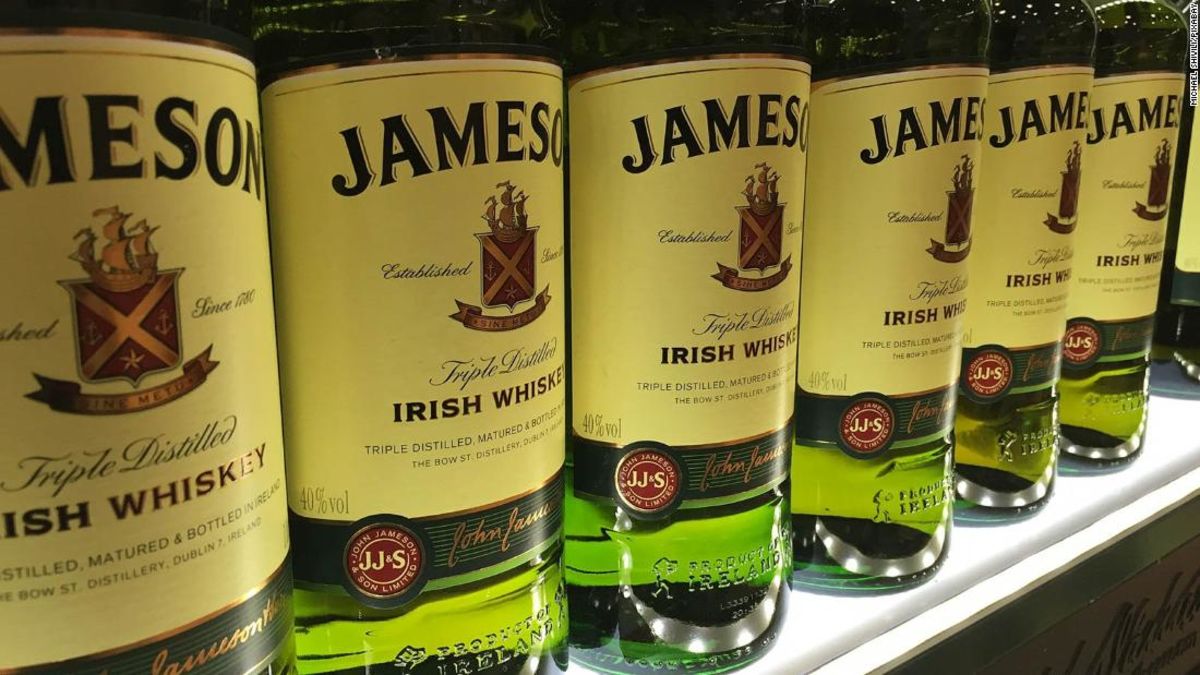 But the siren’s call of duty-free shopping is too strong.

“Sometimes, we stop by the duty-free shop because we think we are getting a deal. Other times, we are bored before our flights and just want to kill some time,” says Scott Mayerowitz, editorial director at The Points Guy, an aviation-focused travel website. “Occasionally, we find items that we can’t get at home.”
But before you open your wallet, Mayerowitz says, do a little research to make sure you’re not getting ripped off — start by reviewing TPG’s study on duty-free shopping, which showed wild fluctuations in prices for the same item across duty-free shops worldwide.

The same product in duty free could cost an additional 30% or more in another airport, the study found. And prices for that item can vary between different duty-free stores even within the same airport. For example, at John F. Kennedy Airport in New York City, the price of a 1-liter bottle of Bacardi Gold rum varies from $14 to $23.

With the help of industry experts and leaders, CNN Travel shows you how to get he best bang for your buck at duty free.

What is duty free?

The “duty” you avoid is the import tax that applies to local retail sales in the country where the duty-free shop is located. It’s usually some combination of value-added tax (VAT) and sales tax.

And while duty-free stores are most commonly found in airports, you may also see them at major land border crossings and on cruise ships sailing in international waters.

How did duty free shopping start?

With the opening of the world’s first duty-free shop in the transit area of Shannon Airport in 1947, Ireland became the pioneer of this business model. The Irish government passed the Customs Free Airport Act that year, exempting in-transit passengers, goods and aircraft from normal customs procedures.

This concept was copied internationally, says Nadine Heubel, CEO of Heinemann Americas, a company with duty-free shops in 74 airports across 28 countries.

How much can I buy at duty free?

Americans can spend up to $800 abroad without having to pay duty upon returning to the United States, which is called a “personal exemption,” according to the US Department of Homeland Security’s Customs and Border Protection. (For international travelers, limits on how much you can spend and how much you can bring back vary widely — check your country’s allowances here.)
The next $1,000 worth of items brought home in the US are subject to a flat rate of 3%. If the value of the purchase is more than $1,800, the remaining duty is determined based on rates according to something known as the Harmonized Tariff Schedule. Family members traveling together can combine their personal exemptions.

In addition to dollar limits, there are restrictions on how much alcohol and tobacco you can bring into a particular state. Americans are allowed one liter (33.8 fluid ounces) of alcohol and 200 cigarettes or 100 cigars.

Some states may permit you to bring back more than one liter, though you’ll have to pay customs duty and Internal Revenue Service tax on the additional bottles. Other states may limit how much alcohol you can bring in without a license.

Does duty free really save you money?

As a general rule of thumb, it’s best to know the prices at home and in the country you’re visiting. “Just because it says duty free doesn’t always mean it is a deal,” says Mayerowitz.

Because duty-free retailers are not obligated to pass tax savings to the customer, many set prices just below local prices, says Schrange. “Pricing varies by shop and jurisdiction, but shoppers shouldn’t expect deep discounts,” he says.

Depending on the local tax structure, though, the savings can be significant on certain items — up to of 20% or even 30%, in jurisdictions with high VAT rates. “Savings are especially noticeable on ‘vice’ goods such as alcohol and cigarettes, since those items tend to be taxed at higher rates,” he adds.

It will also benefit you to familiarize yourself with the rules regarding duty-free shopping in the country you’ll be traveling to, Schrange advises.

Some countries have limits on how much you can buy before taxes kick in, which may have to be paid once you return home. You can usually learn the limits by checking with the border patrol or customs agency in the country you’re visiting.

Not all duty free shops are created equal — sometimes different stores in the same airport can have varying prices on the same item.

Where are the best (and worst) places for duty free shopping?

According to The Points Guy’s research, you’ll find the best prices on alcohol in the Caribbean, cosmetics and fragrances in Europe and tobacco products in Asia. The overall cheapest airport for tax-free goods is Kuala Lumpur, Malaysia (KUL). The most expensive airport overall is Santorini, Greece (JTR).

What are the best deals at duty free?

Look for larger, duty-free-exclusive sizes of products for savings, suggests Heubel. And keep an eye out for sales that could shave off up to 30% off regular prices.

While liquor and tobacco are generally better value buys at duty-free shops, according to Schrange, “there’s no one great deal” Mayerowitz adds. “It really varies from city to city and by product type. I would say this: Duty-free items might be a good price but always factor in the hassle. Is saving $4 on a bottle of vodka worth it if you then have to carry it with you through two more airports and a car ride home?”

What should you skip at duty free?

Cosmetics, clothing and other luxury goods may actually be more expensive at duty-free shops than at superstores or street markets in town.

“Cosmetics and other luxury goods [like clothing] don’t reliably offer the same value, and in many cases may actually be more expensive at duty-free shops than at superstores or street markets in town,” says Schrange.

That’s because clothing is normally lightly taxed. “You can find better deals in town, especially if you’re in a country where street vendors are common and haggling is expected.” He also suggests shoppers steer clear of souvenirs, calling them “notoriously rip-off-prone.”

He advises: “If you’re set on bringing home trinkets or mementos from abroad, buy them before you get to the airport.”

How can you make sure you’re getting a deal at duty free?

Buy local whenever you can: Products that are from the country where the airport is located are most likely to be priced gently, while anything imported is less likely to be a bargain.

Again, knowing the prices of items in your home country is key: If you live someplace where an item like alcohol is heavily taxed, such as Singapore or Iceland, stocking up at duty free might save you a significant amount of money.

Schrange suggests checking reputable, crowd-sourced resources like Duty Free Addict before you buy, to make sure you’re getting a fair price.

Can I carry-on duty free liquids?

You can pack liquor larger than 3.4 ounces in your carry-on bag when coming back to the U.S. — even if you have a connecting flight. Just be sure to keep your receipt and have your purchases sealed in a tamper-proof plastic bag, says Mayerowitz.

(Read more about the liquids rule on the TSA site.) Depending on the country you’re departing from and the duty free store policy, your haul might be delivered to you at the gate; other times you can walk out of the store with it.

What if my flight gets canceled — what do I do with my duty free booze?

Most people buy duty-free goods within an hour of departure and would most likely know of a major delay. On the rare occasion that your flight is canceled after you’ve made purchases, the official rule from Heinemann, which runs a number of duty free shops across Europe, is that you must either return duty-free goods or import/declare them. However, what you can actually get away with depends on the airport and the rules of the country you’re departing and your final destination.

And if you’re connecting with duty-free items in the US, you are able to take the goods through TSA when re-entering the country. Just be sure to hang onto your receipt and keep your purchases sealed in a tamper-proof plastic bag.

How should I pay for my duty-free items?

The catch? The exchange rate may be terrible, and they may charge an additional fee for the service.