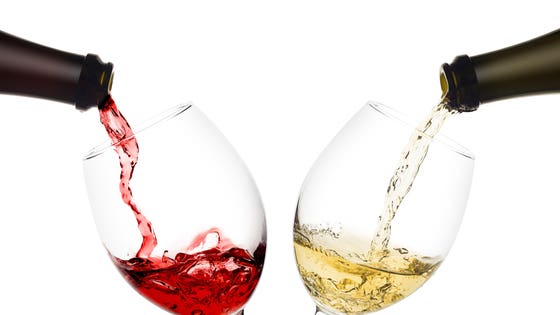 Several people throughout history have been credited with the remark: “There are three kinds of lies: lies, damned lies, and statistics.” Reports have been coming in concerning beverage alcohol’s overall market performance, and they can be confusing.

SipSource www.SipSource.com says for its latest report the information came from five wholesalers, four of which are the largest in the United States: Breakthru Beverage Group, Lipman Brothers, Republic National Distributing Company, Southern Glazer’s Wine & Spirits and Young’s Market Company. Specifically, the information was taken from depletions recorded over three quarters ending June 2019—a depletion is removal of a beverage alcohol product from the warehouse to a restaurant, bar, retailer, etc. The numbers for wine during the period appear somehwat dismal. According to SipSource, the value of wine sales dropped between 30 and 90 basis points, with a minus 1.4% volume dip. The numbers cover all distribution channels across wine categories.

Still, the report shows while retail wine volume had dropped, high end wine sales brought in good money. Yet SipSource also cites a Nielsen statistic that shows despite the high end performance, boxed wine (under 3-Liter packaging) accounts for 9% of table wine retail volume and 5% in dollar value. Wine in cans has captured 1% of the retail market, which represents 70% growth since last year at this time. Over the same period, sparkling wines accounted for over 10% (in dollars) of the wine category, put there mainly by double digit growth of Prosecco and Sparkling Rosé.

While SipSource uses data from wholesaler depletion reports, a depletion from the warehouse does not necessarily mean a sale at retail; certainly, it could mean replacing inventory, but it does not follow that the replacement is always one-to-one. Depletion can also mean a restaurant, bar or retail shop is adding new items to its offerings, but that is not a retail sale.  Depletions reports also miss Direct-to-Consumer (DtC) sales. The Nielsen data is derived from retail sales. SipSource seems to cover the difference between depletion data and retail sales data by adding data shared by Nielsen, A.T. Kearney, National Alcohol Beverage Control Association, ShipCompliant by Sovos (covers DtC) and Wines Vines Analytics (WVA).

WVA’s report claims domestic table wines provided the foundation for U.S. wine market growth, crediting tariffs on imports for the situation. The report cites the market research firm bw166, which claims in the 12 months that ended September 2019 the more than $72 billion wine market was up nearly 4%, with domestic wine in the lead. Table wines were strongest at +6% or an additional $2.3 billion in sales. In this scenario, table wines beat sparkling wines ($2.1 billion) and bulk imports ($1.5 billion).

WVA claims the value of table wine sales rose 1% while volume declined. (re, SipSource: the value of wine sales dropped between 30 and 90 basis points with a minus 1.4% volume dip). Like the SipSource, WVA claims sparkling wines showed well; in fact, the claim is the sparkling category showed the strongest growth.

According to WVA, wine imports are weak in retail shops but strong in bars and restaurants, citing Nielsen CGA, the report claims in the 52-weeks ending Aug. 10 , 2019 $17.9 billion worth of wine sold on-premise, up 1% from last year. Imports represented $5.9 billion of the total, up 2% from last year and a growth rate more than double that of domestic wines. At the same time, SipSource claims consumers continue to seek cocktails, and that on-premise cocktail sales grew by 2.7% over three quarters ending June 2019.

SipSource provides this side analysis: “While there is no definitive data on the subject, early indicators are the legalization of recreational cannabis in 10 states has had a minimal impact on the beverage alcohol category.”

WVA provides this side analysis: “While the most recent U.S. Department of Labor statistics indicate a tightening job market, the Winery Job Index points to a stable hiring environment. Department of Labor data indicate that wineries and vineyards employ approximately 90,000 people nationwide, led by California.”

The reports aren’t lying, but the results seem to depend on how you look at things. What happens when many entities look at similar data from a different perspective? Read the reports and be the judge.