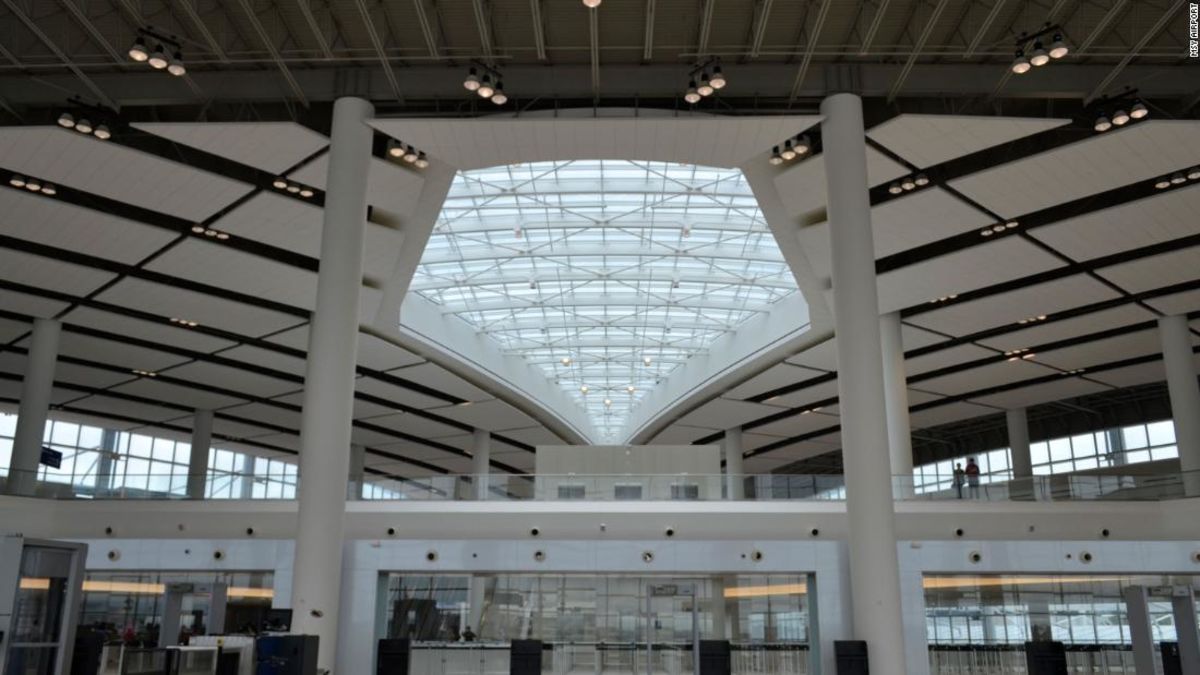 (CNN) — For all the perfect Dooky Chase gumbo, Sazerac cocktails and live jazz that bathe New Orleans in unmatched flavors and rhythm, the Big Easy’s 60-year-old airport passenger terminal left much to be desired.

The snacks tasted like airport food — in New Orleans! — and modern conveniences such as free Wi-Fi and plentiful charging stations for electronics were lacking.

The massive project had been scheduled to be finished in May 2018, and its opening had been rescheduled four times before November 6, according to the Times-Picayune.

“We are thrilled to trumpet the opening of the new Louis Armstrong New Orleans International Airport terminal, the first of its kind to be built in the US in over a decade,” said Stephen Perry, president and CEO of New Orleans & Company.

“Our visitors and residents will now enjoy a state-of-the-art facility that incorporates New Orleans’ culture through the local concessions, retail vendors and live music,” he said.

“This airport terminal will immerse our guests in the spirit of New Orleans upon arrival, and will also give our residents a welcome reminder of how nice it is to return home — to New Orleans.”

Food of the Big Easy

Chef John Folse is opening Folse Market at the airport.

That’s all very important for airport efficiency, but one of the biggest improvements is that passengers traveling through the city-owned airport will actually get a real sample of New Orleans — one of the United States’ most distinctive and beloved cities.

Among the more than 40 post-security concessions, travelers can choose from classic beignets at Café du Monde, a drink at Bar Sazerac, creole food at Leah’s Kitchen, Angelo Brocato’s ice cream and live music at Heritage School of Music wine bar.

Jazz music will be played through the terminal.

All 16 commercial airlines offering flights through the New Orleans airport will operate from the new terminal, while the older facility will close to the public.

Other amenities at the new terminal have become commonplace at other major airports, including free Wi-Fi, water bottle refilling stations, chargers at half of the gate seats, a post-security pet relief area, mothers’ rooms, automated restrooms and an advanced baggage screening system

Those departing from the airport will need to add more time to arrive at the new facility, which is located closer to the interstate. (The airport will continue to use the same runways and other aviation facilities.)

A Mardi Gras reveler dangles a pair of beads off of a balcony on Bourbon Street in New Orleans.

The airport welcomed a record-breaking 13.1 million passengers in 2018, an airport spokeswoman said.

The city of New Orleans hosted more than 18.5 million visitors in 2018, a 4.3 percent increase in visitors compared to 2017, according to a study commissioned by New Orleans & Company and the New Orleans Tourism Marketing Corporation.

The city’s restaurants, bars and cultural attractions stand to benefit from the modern new terminal.

“The addition of a new, world-class airport will allow for even more visitation to the greater metropolitan area, and will also be a significant economic driver to businesses and cultural attractions that depend on corporate and family travel,” Watson said. “We’re thrilled to see the new MSY (the airport’s code) open today.”