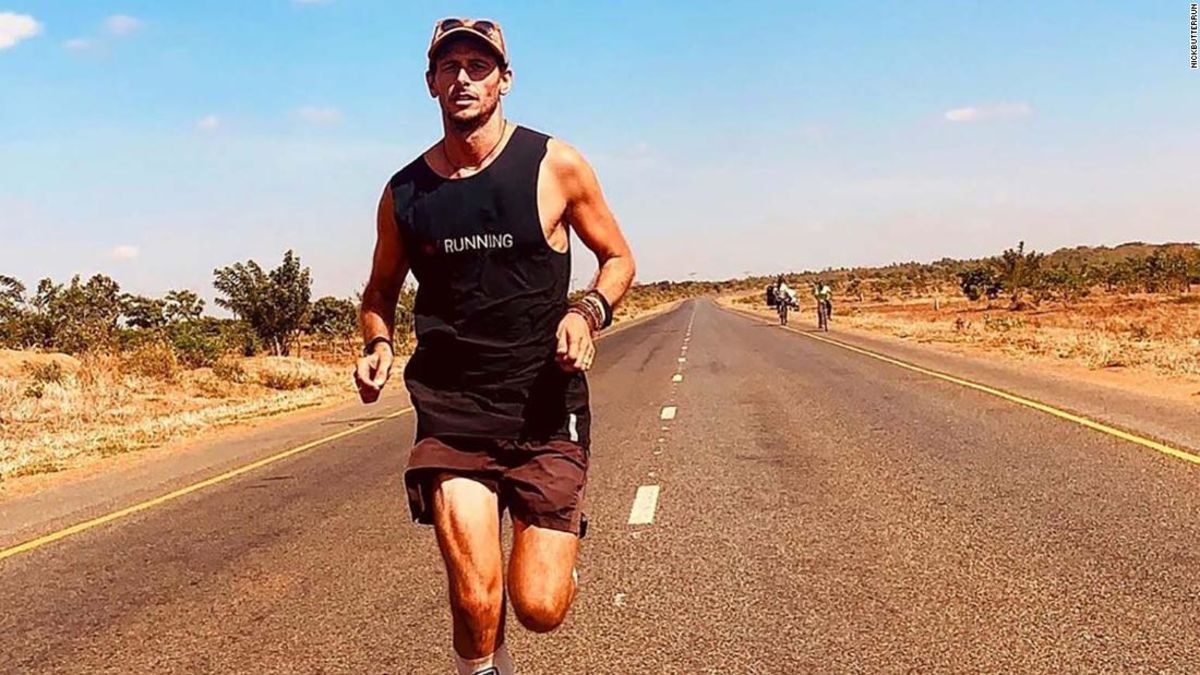 (CNN) — If you’ve ever wondered who runs the world, it turns out it’s a man called Nick Butter.

Butter, 30, has become the first person to complete a marathon in all 196 countries recognized by the United Nations, finishing his challenge in Greece on Sunday.
Butter has so far raised over £65,000 ($83,000) for charity Prostate Cancer UK as a result of his record-breaking odyssey, which began on January 6, 2018.

Butter, a former banker who hails from Dorset in the south of England, ran his first marathon at the age of 11.

Later, he competed at a high level while keeping up and office job, but eventually decided to become a full-time runner.

The idea for his 196-country challenge came when Butter met a man at a race in the Sahara desert who had been diagnosed with terminal prostate cancer.

Kevin Webber imparted a powerful message that inspired Butter to raised money for Prostate Cancer UK and, when he realized that nobody had ever run a marathon in every country in the world, he set off to become the first person to do so.

“You’ve got to value your time, you cannot just assume that you’re going to get to retirement and live this life, you’ve got to go and do what you want now,” Butter told CNN.

Butter filled 10 passports over the course of the trip, sometimes returning home to the UK for just 24 hours to pick up a new visa.

Running in some official marathons but largely plotting his own course, Butter got into a number of scrapes along the way, documenting everything on his Instagram account.

“I was bitten by a dog, I was mugged, I was robbed at knifepoint, I was put in a cell,” he said, but there were plenty of good memories.

“I ran with a thousand people in El Salvador, I ran around erupting volcanoes,” Butter said, adding that he had completed marathons along beaches on unspoiled Pacific islands and even ran an entire marathon up and down an airport runway.

Webber joined Butter for the final marathon in Greece, with the pair crossing the finish line together.

Having now run a total 592 marathons, you might think that running would be the last thing on Butter’s mind, but he’s not planning on taking much rest.

“I’ll have a couple of days off but I actually am kind of itching to get running again,” he said. “It’s my thing.”