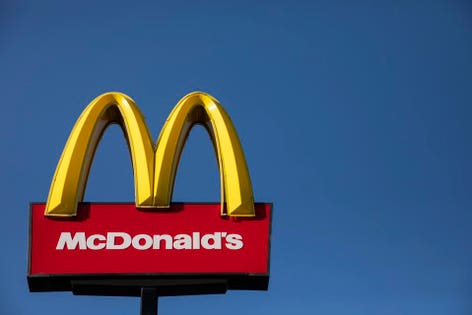 A class action suit was filed today against McDonald’s for failing to address the “systemic problem” of sexual harassment in its 14,000 restaurants across the country.

The suit, brought forth by the ACLU and Michigan McDonald’s employees, alleges that McDonald’s ignored a number of sexual harassment complaints from employees. Jenna Ries, a former employee at a McDonald’s restaurant near Lansing, Michigan, is named as the plaintiff in the suit, which seeks $5 million in damages for workers at the location.

During a conference call this morning, Ries described feeling unsafe at her restaurant. She alleged her manager verbally and physically assaulted her in 2017, including one incident in which he cornered her in the walk-in freezer. She also alleges that he threatened to fire her if she reported his behavior.

“I also witnessed the harassment of my coworkers. Our general manager saw it and did nothing. I reported it to the general manager and nothing happened,” Ries said. “I’m speaking out publicly to make sure what happened to me doesn’t happen to anyone else. We deserve to feel safe at work.”

Attorneys on the call this morning identified McDonald’s sexual harassment culture as “an institutional problem that needs an overall solution.”

“This lawsuit is representative of one restaurant, but we believe it is emblematic. This is a very widespread problem. This is not about Jenna Ries, this is about a sexually hostile environment,” said Gillian Thomas, an ACLU attorney who is representing Ries.

The class action suit comes on the heels of three years’ worth of more than 50 complaints brought against the company. The trend has caught plenty of attention: in late September, 115 government officials across 31 U.S. states wrote a letter to then-CEO Steve Easterbrook asking the company to better protect its workers. Some members of Congress wrote similar letters to the company. (Easterbrook was fired earlier this month for violating company policy after admitting to a relationship with an employee).

In 2018, McDonald’s employees in 10 cities went on strike to protest the company’s lack of progress here and “hundreds of employees” went on strike again today in Michigan, according to those on the call.

McDonald’s has attempted to rectify these issues with a number of new initiatives this year, including new training that started in October, working with RAINN to enhance its discrimination and harassment prevention policy and launching a free, anonymous hotline for employees.

Lawyers on a call this morning, however, said these initiatives aren’t nearly enough.

“They sound promising, but they’re not enough. They are crafted by lawyers without input from survivors of abuse. It is the definition of window dressing,” Thomas said.

She adds that these new measures are only mandatory for company-owned stores. McDonald’s, however, is 95% franchised.

“McDonald’s has announced zero measures to monitor how franchisees are doing with harassment, even as it imposes control over those franchisees,” she said.

This case perhaps brings up an entirely new layer of complexity with the definition of joint employer. The first joint-employer case came up in 2014 questioning whether or not corporations like McDonald’s are responsible for labor issues at their franchised locations. Just last month, a federal appeals court ruled in McDonald’s favor, noting that the company does not exert enough control over its franchisees’ employees to be considered a joint employer.

Attorneys on this morning’s call disagreed with that ruling and its applicability here, however.

“McDonald’s Corporate disclaims responsibility for labor at its franchised stores because it’s not the employer. We say that’s ridiculous as a legal matter. We believe it’s a joint employer because of the tight way it controls things. When people go to work at McDonald’s, they apply through the McDonald’s website. They think they’re going to work at McDonald’s and they are led to believe that,” said Eve Cervantez, an attorney with Altshuler Berzon, which is representing many McDonald’s employees.

All of this comes at a tumultuous time for the company, which is undergoing significant changes in leadership, including at the CEO and chief people officer levels. The day after Easterbrook’s departure was announced, McDonald’s Chief People Officer David Fairhurst departed the company.Chris Kempczinski was promoted to CEO, while Joe Erlinger was named as president of McDonald’s USA. The company has not yet announced a CPO transition.

The new team certainly has its hands full. Some of the 50 complaints are still being investigated or are in mediation, while attorneys on the call this morning said they expect additional employees to join the class action suit in the days and weeks ahead. In other words, this story isn’t likely going away anytime soon.

As McDonald’s tends to be high watermark for what happens throughout the industry, whatever happens with this case should be no different. It’s certainly time for some type of solution or change here. As many as 90% of women and 70% of men in the restaurant industry have reported some form of sexual harassment, while 40% of women working at fast food chains experience sexual harassment at the workplace.