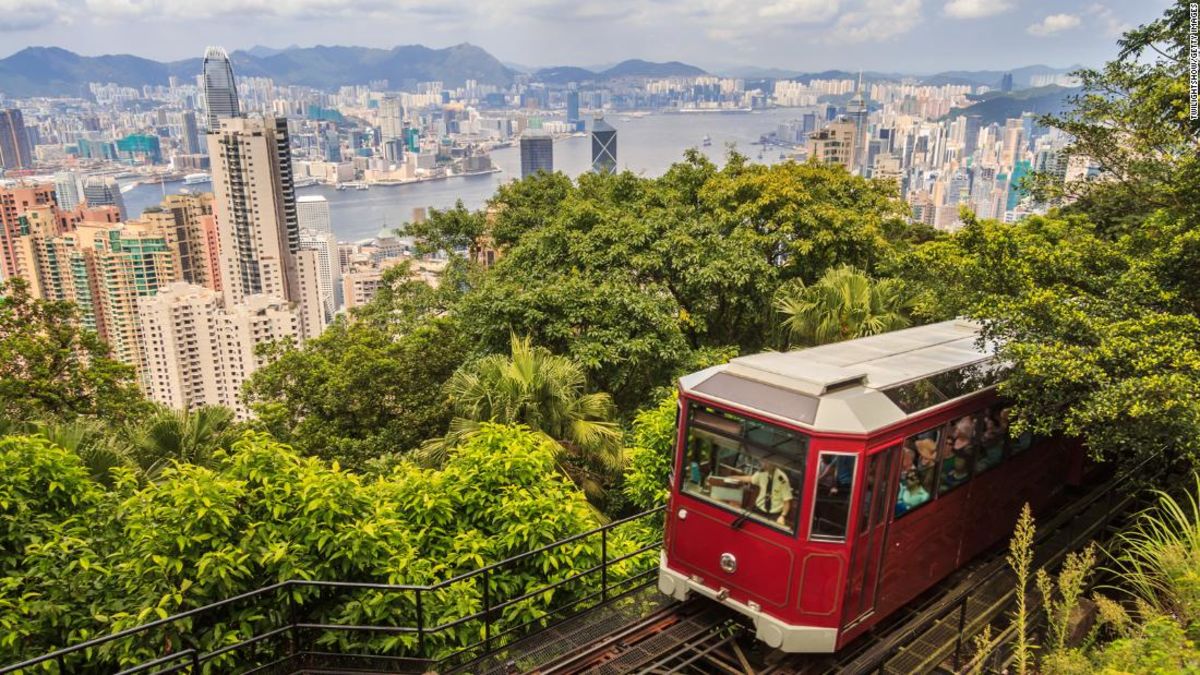 Hong Kong (CNN) — Hong Kongers have been protesting for more than five months and demonstrations are becoming more violent and disruptive. The city’s leaders have maintained Hong Kong is still open for business, but is it still safe to visit?

The situation has changed significantly since June 9, when protest organizers estimated more than a million people took part in a peaceful march to oppose a bill that would have allowed Hong Kong to extradite suspected criminals to mainland China.

Recent protests have become less predictable and increasingly dangerous, fanning out around the city and springing up in places with little warning.

Police have used lethal force multiple times during recent clashes with protesters. In October, they discovered an uncovered an explosive device they say was targeted at officers.
November has seen even more acute violence. In a single day, a man who confronted a group of pro-democracy protesters was doused in a flammable liquid and set alight; a protester was shot by police with a live round from point-blank range; and a police officer on a motorbike drove into a crowd of demonstrators.

University campuses have also become battlegrounds, with riot police and student protesters clashing across multiple locations throughout the city.

If you’re coming to the city, here’s what you need to know.

Hong Kong is usually an incredibly easy place to get around. Very few people own cars because public transport is cheap and extremely efficient. The system consists of a sleek, modern subway, plenty of bus coverage, light rail in the suburbs, ferries to outlying islands and a charming tram (aka the “ding ding,” for the sound it makes) that runs along the northern edge of Hong Kong Island.

The Airport Express gets you from the airport to the city center in fewer than 30 minutes for about $14. Uber is available, but it’s not as popular as it is in the US because Hong Kong taxis are easy to find and are relatively inexpensive.

But the protests, especially ones not sanctioned by police, can make it extremely difficult to get to your destination no matter how well you plan.

Authorities shut the entire Mass Transit Railway or MTR system in early October due to vandalism and “illegal acts,” making it very difficult, if not impossible, to get around.

Disruptions are incredibly rare, however, and usually only take place due to typhoons.

So, what is it like to visit Hong Kong right now?

Melanie Sanders, a publishing industry professional from Brooklyn, New York, found the MTR closed when she arrived for a vacation in Hong Kong with her boyfriend on October 5.

It was the couple’s first visit to Asia, and the low price of airfare and hotels made it feasible for them to afford the trip.

“In the immediate lead-up to the trip I admit I got pretty anxious, especially about the logistics of getting around in the face of MTR closures,” Sanders told CNN Travel.

“Frankly, the airfare was nonrefundable, so that was a pretty good incentive to figure it out,” she said.

She and her boyfriend were able to board the Airport Express, something not all travelers have been able to do. The train has been closed several times this summer and spent several days only shuttling between the airport and Hong Kong Station, skipping three stops in between.

Once visitors arrive at Hong Kong Station, they still have to figure out how to get to their hotels or rental apartments, and some of the intense clashes between riot police and protesters have taken place in popular tourist neighborhoods like Central and Wan Chai on Hong Kong Island and Tsim Sha Tsui in Kowloon.

With the MTR down, Sanders and her boyfriend took a taxi from Hong Kong Station to their hotel in Causeway Bay. Luckily, as most Hong Kong taxis do not accept credit cards, they had gotten cash from an ATM at the airport.

They were unsure which tourist attractions would be open and accessible. On Sunday, the second day of their visit, they decided to take in the iconic views at the top of Victoria Peak, Hong Kong island’s highest point.

They visited the Peak, as it’s known locally, by bus, but were rerouted on the way back to their hotel because of protests.

Protests are usually organized online, often in Cantonese and on the encrypted messaging app Telegram, so it’s difficult for tourists to know when they’re scheduled.

When they start, authorities have been known to quickly shut down train stations, while buses have been forced to negotiate crowds of protesters before they’ve had a chance to reroute.

The city’s transport infrastructure has also become a target for protesters, who have taken to blocking roads, as well as damaging MTR stations. Trains and buses have also been subject to vandalism.

The majority of protests are “wildcat” meaning they spring up quickly, seemingly without warning, and throughout the week in multiple locations — including tourist areas such as Central and Nathan Road. Consulates in the city recommend following local news broadcasts and police alerts to avoid the demonstrations.

If you do get caught up in a police encounter with protesters, avoid the no-man’s between the two sides as it is the most dangerous place to be.

If police start asking you questions, it’s important to know that Hong Kong law allows police to stop anyone on the street and ask for official identification.

Once Sanders and her boyfriend got to the Peak, it was relatively quiet — a surprise considering it was “Golden Week,” a popular time under normal circumstances for mainland Chinese tourists to visit Hong Kong.

The Peak, with its sweeping views of the city and Victoria Harbour, is normally packed with visitors and one of the most popular spots for tourists in Hong Kong.

However, when Sanders’ visited, lines for the popular Peak Tram that takes visitors on the steep climb up and down the hill, usually an hourslong wait, were fairly short.

A tram escorts visitors to the top of Victoria Peak.

The violence appears to have deterred many mainland Chinese from visiting the city, possibly because people who support China fear being targeted by protesters — an increasingly common occurrence in recent weeks.

Travel firm ForwardKeys found that bookings for Golden Week visits to Hong Kong from the mainland were down 39.7% compared to the same period last year.

For those who choose to come, plane tickets and hotel rooms are cheaper and the tourist activities that are open have shorter-than-usual wait times and may not require advance reservations.

Major attractions, including Ocean Park theme park and aquarium, the Hong Kong Zoo and Botanical Gardens, and the Tian Tan Buddha and Po Lin Monastery, as well as the Peak and other public parks all remain open. Disneyland is also open — and this summer was very, very empty.

The Star Ferry, a popular attraction that also serves as a main form of transit between Hong Kong Island and Kowloon, has also been running. Rooftop bars are still taking guests, and popular nightlife districts like Wan Chai and Lan Kwai Fong are still hopping, though often emptier than usual.

One other option? Daytripping. Sanders and her boyfriend planned to spend one day sightseeing on nearby Macao, the former Portuguese colony and current gambling destination that is accessible from Hong Kong via ferry and train. There have been no protests there.

So should you visit? It depends.

The savings and short queues may make it worth it if you aren’t afraid of accidentally running into protests or riot police and can physically get yourself out of the area in an expeditious manner.

You should probably be comfortable with having to adjust plans on the fly and with navigating the city if public transportation fails.

Hong Kong authorities say that “despite recent disruptions, the fundamentals and institutional underpinning of our economy and society are strong.

“We remain a safe, open and cosmopolitan society and an internationally connected, vibrant, and dynamic economy,” reads a press release on the Brand HK website, which is run and maintained by the city government.

Sanders said that she doesn’t regret her visit at all.

“Hong Kong is such a beautiful, vibrant city, and it’s clear the protesters care about it deeply. To be here right now is to be experiencing history, and I wouldn’t trade the experience I’ve had here for anything.”