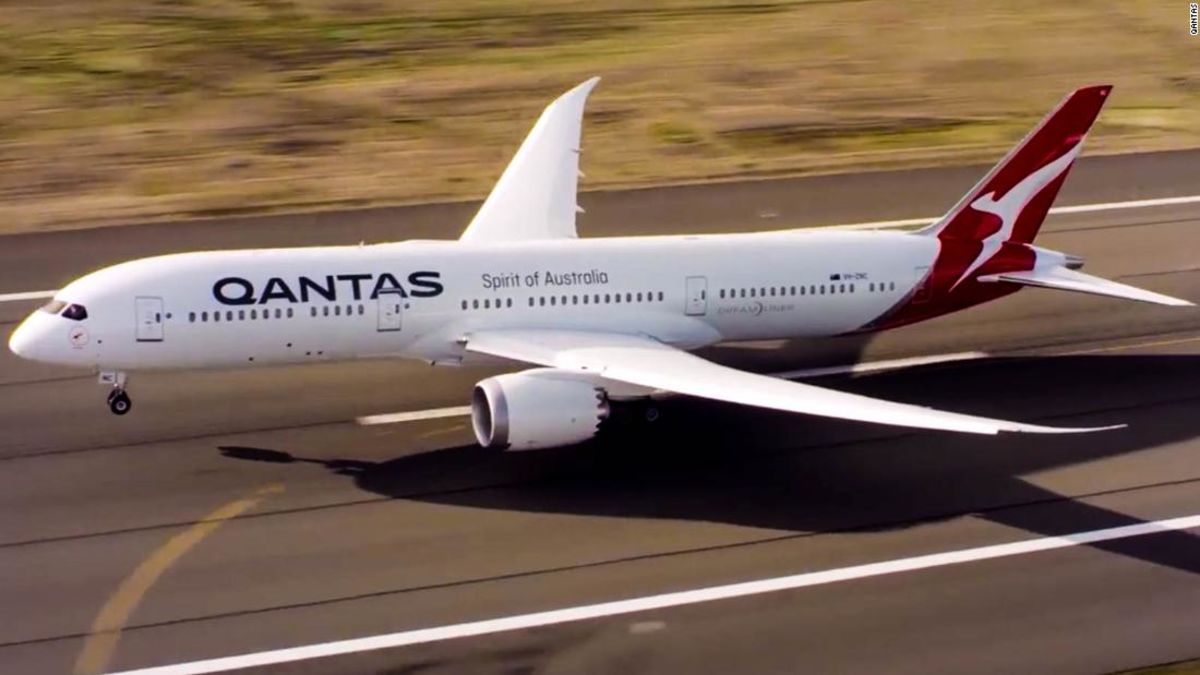 Australian airline Qantas on Thursday launched a one-off research flight that will carry about 50 people from London to Sydney nonstop, clocking up the longest commercial passenger flight in recent aviation history in the process.

The flight, which departed London’s Heathrow Airport at about 6 a.m. local time, is part of Qantas’s “Project Sunrise,” a goal to introduce direct Sydney-London and Sydney-New York return services by 2022.

It’s the second of three experimental trips being undertaken by Qantas. The first, flying from New York’s JFK Airport to Sydney Airport, took place in October.

The London route, despite coming in at a longer distance, should actually be shorter in duration, thanks to prevailing tailwinds and an optimized route that crosses Russian, Kazakh and Chinese airspace.

A Boeing 787-9 Dreamliner named “Longreach” is being used for the London flight — code QF7879 — but despite a potential passenger capacity of up to 300, it’s carrying only about 50 people, including four pilots led by Captain Helen Trenerry.

The lighter load is needed to ensure the airplane can complete the record-breaking journey without refueling. In fact, the brand new jet will carry less than a full payload of fuel and should arrive with about 90-minutes’ worth to spare.

Among those on board will be Qantas employees and frequent fliers who will be fitted with monitors to track sleep patterns, movement, food consumption and use of in-flight entertainment.

The data is being gathered by researchers from the Charles Perkins Centre — a University of Sydney medical research unit — who will study how ultra-long-haul flying messes with health, wellbeing and body clocks.

A team from Melbourne’s Monash University is also taking part to analyze how the pilots and crew are affected. They’ll be monitored before, after and during the flight for levels of melatonin, the hormone that influences sleep cycles.

Also on board will be a handful of journalists, including CNN’s Richard Quest.

Data from the flight, which has the auxiliary purpose of delivering an airplane fresh from the Boeing factory in Seattle to Qantas’s home base, will be used by the airline to help make a case to Australian authorities to grant permission to run the service on a permanent basis.

“These are test flights to show the regulator, and to make sure that Qantas is convinced we can do them safely,” the airline’s CEO, Alan Joyce, said on the eve of the flight.

“Flying nonstop from the East Coast of Australia to London and New York is truly the final frontier in aviation, so we’re determined to do all the groundwork to get this right.”

If it gets the go-ahead, Qantas is hoping the next generation super fuel-efficient jetliners will be able to complete the journey with a more extensive passenger list — albeit one leaning more towards first and business class customers.

Testing for the service comes at a significant time for aviation, with pressure building on carriers to reduce the carbon emissions that are prompting an increasing number of travelers to cut down on airplane use.

Earlier this week, Qantas announced its pledge to cut carbon emissions to net zero by 2050. CEO Joyce said it would achieve this through the use of new — as yet unavailable — aircraft, aviation technology and fuel types.

Captain Trenerry said traversing a route not normally used by Qantas is one of the trickiest elements her team will face during the latest trip.

“The biggest challenge will be flying through unfamiliar airspace, with the language difficulties that will involve.”

It should be a whole lot easier than the last time Qantas attempted the flight in 1989. Back then the airline used a Boeing 747, stripped of most of its internal furnishings and loaded to the brim with special aviation fuel, to make the trip. It carried just 23 people and had to be towed to the runway to conserve every ounce of gas.

The modern iteration of the flight should be cause for another celebration when it lands shortly before noon Friday in Sydney. It’ll be the eve of Qantas’s 99th birthday and hundreds of airline employees are expected to be at the airport to greet the plane.