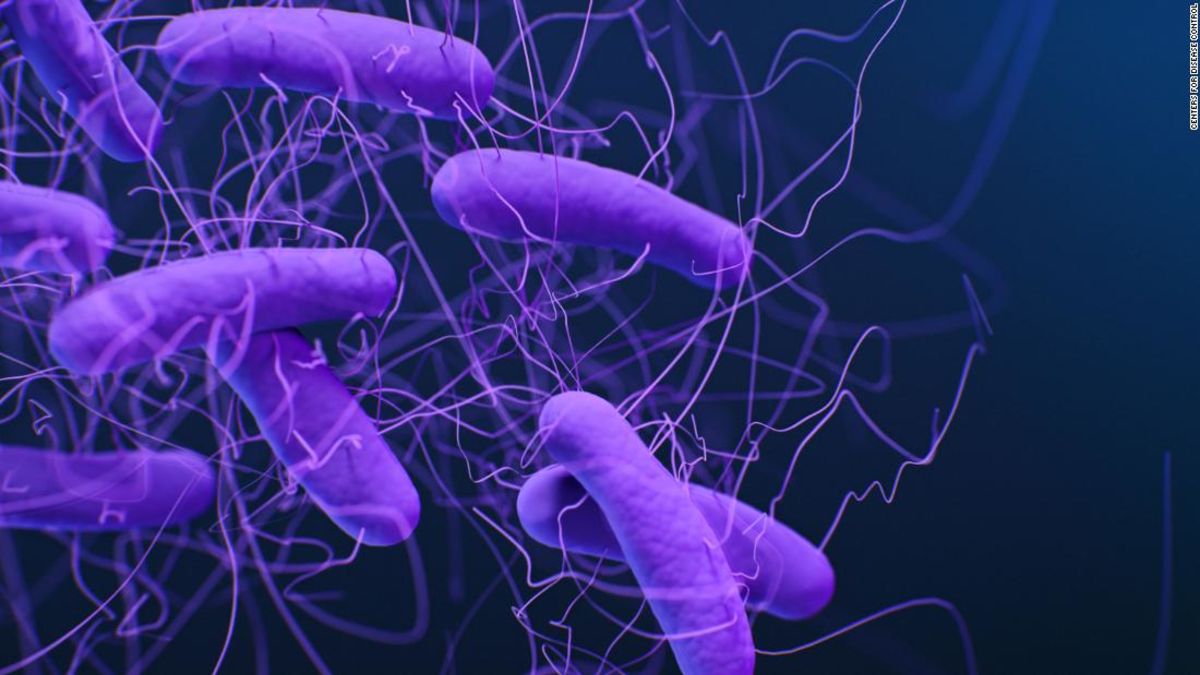 (CNN) — It’s the time of year to pile the family into the car and make the trek to grandma’s house.

No doubt you’ve got the packing down pat, as well as the best ways to entertain the kids as you travel. You’ve probably stashed some hand sanitizer for those thousands of restroom stops as well.

But have you thought of all of the other germs you might encounter on your journey?

Think of all the things you carry in your car — and the germs that ride along. Not to mention the fact that most of us eat in our cars, scattering tasty bits to feed those microbes.

A study done by an Expedia car rental company found steering wheels to be four times more germy than a public toilet seat, and six times more germ-infested than your cell phone (which we tend to carry into the bathroom). Cup holders came next, followed by seat belts, the inside door handle, gear shift and audio volume knob.

In fact, the study found the inside of the average car to be over 2,000 times germier than a phone, with more than 200 infectious bacteria per inch.

None of that surprises microbiologist Charles Gerba, a professor of public health, environmental science and immunology at the University of Arizona.

“I can actually tell by looking at the microbiology of a car where it is from in the US,” Gerba said. Known as “Dr. Germ” for his abundant testing for germs on nearly every surface mankind might touch, Gerba’s work is often commissioned by cleaning supply manufacturers to verify if their products work.

“We grew salmonella in the shop and we put them in the trucks of cars in different states,” Gerba said. “In the south and Florida, it’s nice and humid like a sauna so you get tons of bacteria. Michigan is like a refrigerator, so it’s loaded with fungi because they grow better at the colder temperature.”

However, in Arizona where Gerba lives, it’s tougher for bacteria to survive: “They get toasted because it’s 120 degrees in your trunk.”

The solution is obvious: Clean the inside of your car with sanitizing wipes, change the air filters frequently to remove airborne particles, vacuum upholstery and sanitize floor mats. And don’t forget to clean your keys.

Another germy surface you won’t be able to avoid on your road trip: the gas station. The buttons you push to select and pay for gas harbor millions of bacteria, some dangerous, some not, according to the car rental survey. Gas pumps carried over 6,000 times the bacteria a public elevator button has and more than 11,000 times the germs of a public toilet seat.

Eating out on the road

Germs can spread through a family very quickly, as Gerba found out when he swabbed the hands of several families of four with a benign bacterium.

“Usually the germs spread to about 90% of the home’s surfaces within four hours. I was actually kind of amazed,” he said.

“Restaurant menus, they get pretty germy,” Gerba said. “The plastic ones get really bad. Tabletops can be nasty too. We sampled tables at restaurants and asked the waiter or waitress to come over and wipe it clean.”

Instead, Gerba said, “they usually put a thin layer of E. coli down on the table for us to eat off of.”

“They’re supposed to use disinfectants in these sponges and dish cloths, but apparently it’s not effective enough,” Gerba continued. “When they come to wipe my table off, I say ‘Don’t do it please. I’m fine.’ “

Another note to self: Bring disinfectant wipes into restaurants every, single, time.

From the restaurant you just wiped down to the grocery store or quick mart you stopped at to get some snacks for the road, self-checkouts are another way to keep things moving quickly. Too bad they’re so germy.

“We found a lot of fecal bacteria, antibiotic-resistant bacteria. I must say I was quite surprised,” Gerba said. “They were worse than hospital screens that doctors and nurses touch. I certainly don’t use the self-checkout anymore.”

But here’s some good news: When you pay for your items with cash, there’s little chance of those dollar bills and coins passing on germs.

“We had people touch paper bills and very few bacteria, only 1%, came off,” Gerba said.

“There may be bacteria but it doesn’t transfer to your hands because bills tend to be porous. Coins tend to be somewhat anti-microbial; they are made of copper, silver and nickel. So, they didn’t come out too bad in our studies either.”

Too bad many of us don’t carry much cash. Well, thank goodness for quick pay on our cell phones.

Oh, right. We carry those into the bathroom with us.

Driving a long distance and need to spend the night? We’re always worried about bed bugs (as we should be), but when’s the last time you thought about the light switch?
Researchers from the University of Houston sampled surfaces in hotel rooms in Texas, Indiana and South Carolina. They found high levels of bacteria and E. coli in the obvious spot — the toilet — but also found a lot of contamination in the bathroom sink and floor, the carpet, the phone and the bedside lamp switch.

Surprisingly, one of the least contaminated spots was the bathroom door handle.

Gerba tested hotel rooms that varied in price from $98 to $500 per night. You’d think the more expensive lodging would be less germy, but you’d be wrong. One 5-star hotel room had excessive levels of bacteria on the room service menu. Another disgusting item was the hotel hair dryer.

And when it comes to remote controls, Gerba’s team found similar results as the Houston researchers, but with an extremely, uh, disturbing twist.

“Remote controls are the germiest thing in a hotel room,” Gerba said. “In fact, we found semen on 30% of the remote controls we tested.”

Speechless. But I can still scribble another note to myself: Next road trip bring enough plastic wrap to cover entire body.