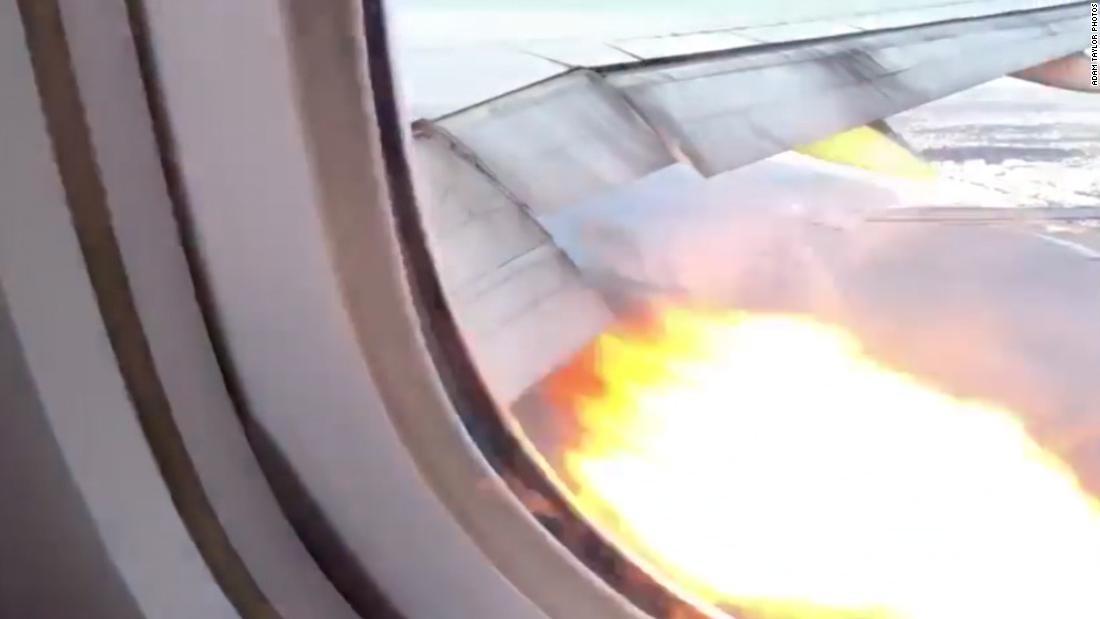 Travel
Share on Facebook
Share on Twitter
Share on Pinterest
Share on LinkedIn
Share on Facebook
Share on Twitter
Share on Pinterest
Share on LinkedIn
Philippine Airlines Flight 113 safely landed after reporting a possible engine failure just after departure, the Federal Aviation Administration said.
Video from passengers and onlookers on the ground show sparks flashing from the Boeing 777’s right engine for fractions of a second at a time shortly after takeoff.
Passenger Adam Taylor was recording his toddler daughter’s reaction to takeoff. He got that and more, training his camera outside the window and capturing the flashes when he heard bursts of noise outside.
His daughter Maui was pretty stoic, looking around silently and thumbing the airline’s safety poster. Taylor also kept his composure, but knew something was up.
“I’ve never seen that before. That doesn’t sound good. Doesn’t look good,” he said in a video he posted to Facebook.
In a mayday call asking for an immediate landing, a pilot said the plane had “an engine surge on the right engine,” audio captured on LiveATC.net shows.
The plane, scheduled to head to Manila, instead landed back at the Los Angeles airport minutes later. Passengers disembarked, with many looking to rebook their flight, CNN affiliate KCBS reported.
Details about what caused the sparks weren’t immediately available.
People on the ground could hear, and then see, something was amiss after the plane took off. Tori Atkins was waiting for a different flight when she heard a loud noise. Looking out a terminal window, she saw the plane climbing just after takeoff.
“I … looked over to see sparks coming out of the engine,” she said. She posted video of the plane flying away at a distance, its engine occasionally flashing, to Twitter.
Another passenger aboard the flight, Walter Baumann, told CNN affiliate KABC that he initially thought the sparks were flashes of sunlight.
“And then I just start hearing ‘boom, boom, boom.’ And I look out of the window and there’s balls of fires just shooting out of the engine,” Baumann told KABC.

CNN’s Cheri Mossburg and David Williams contributed to this report.