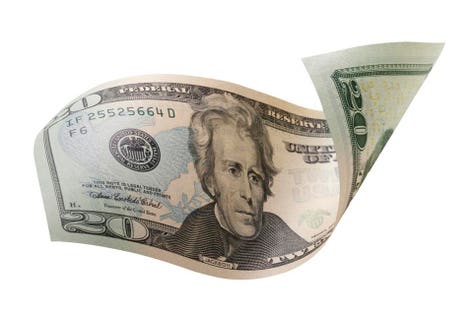 Twenty dollars. That’s how much, Jet.com, the company Walmart acquired in August 2016, is estimated to have lost on every fresh food delivery in New York City, which explains why it is closing down the service.

In a business with tight margins, such as large-scale distribution, just the idea of losing $20 on every order sounds absolutely insane, if not suicidal. What led Jet.com and its parent company, Walmart, to try to run such a service for years under such conditions? The answer is very simple: the competition. In distribution, it is hard to change customers’ habits, so it’s worth investing in trying to win their loyalty.

In New York, the fight between FreshDirect or AmazonFresh is bare knuckle stuff: in the same period Jet.com has taken to realize the impossibility of the task, AmazonFresh, hoping to stimulate growth, has dropped the $14.99 monthly supplement it had charged for home delivery, integrated its own logistics and has even announced it is going into competition with itself by opening another network of food stores.

Is Amazon invincible? Does it have some secret weapon that allows it to make money where others can’t? Or simply, because of its size, its stock market behavior and the characteristics of its investors, it believes it can win this war of attrition and endure losses for longer? I don’t have the answer. But what I do believe is that in markets such as New York, the big retailers’ bid to dominate the online market has triggered a race to the bottom, the consequences of which are not only hitting these players’ profitability, but also smaller establishments: “This space available” posters are now a feature of the New York landscape. How does a neighborhood grocery store compete with establishments prepare to burn a twenty-dollar bill every time they get a delivery?

We all know the consequences of these kinds of race to the bottom: the winner takes all and ends up controlling the market. This may not make that winner master of the universe, but if the losses incurred are actually part of a much larger accounting landscape in which consolidation generates an undoubtedly positive outlook, then there is money to be made.

In distribution, whatever the type, the factors in the equation are increasingly clear: take a walk around your neighborhood and compare the number of traditional establishments to the large chains able to impose brutally efficient logistics and run at a loss in the race to the bottom. In New York, the impact is already visible, marking an increasingly clear and unstoppable shift in consumer habits, thanks to implacable mathematics. The multiplier effect of the internet, or just another sign of the times?