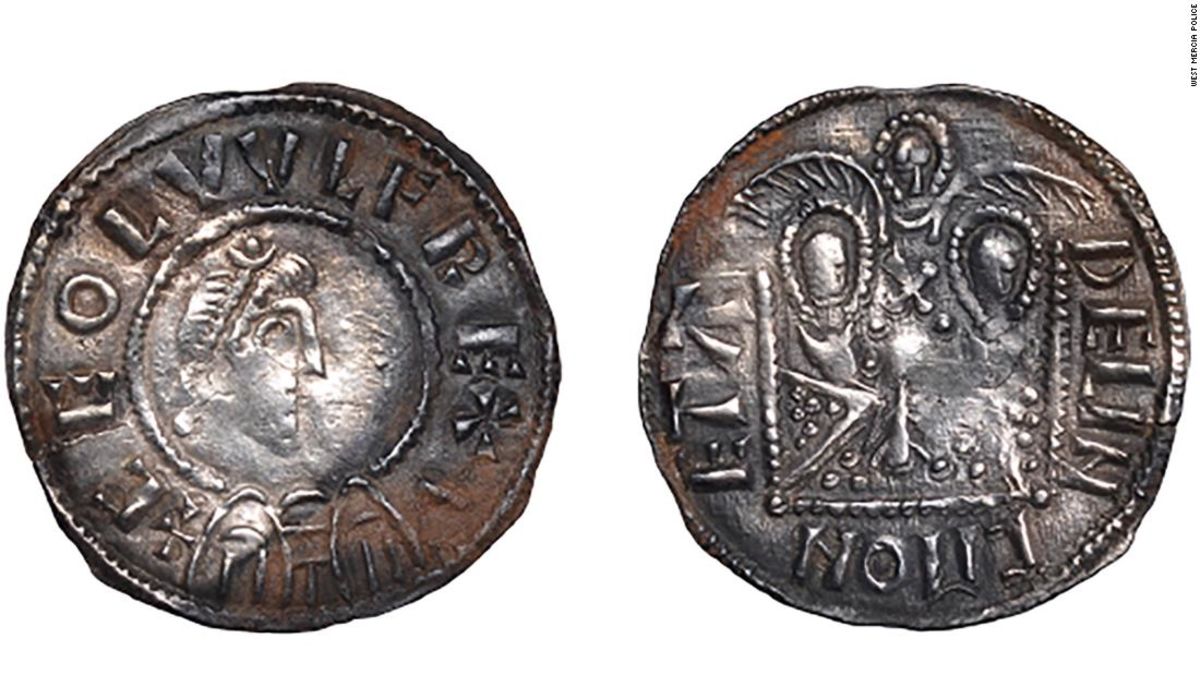 Only 31 coins have been recovered so far.

Powell was jailed Friday for 10 years and Davies for 8.5 years.

West Mercia Police said in a statement that Powell and Davies discovered the large hoard, thought to be worth £3 million ($3.9 million), in a field in Herefordshire, England in 2015. It contained ornaments, 300 coins, a gold ring and a pendant made from a sphere of rock crystal bound with gold, among other items.

Some of the coins, one of which was issued by King Alfred the Great of Wessex, are thought to have dated from as early as 871 AD and were collected by Vikings.

The pair claimed to have found only a couple of gold coins, but investigators recovered deleted images of the full hoard from Powell’s mobile phone. The vast majority of the treasure is still missing, with just 31 coins recovered.

The theft came to light after police were alerted by reports from the metal detecting community and the British Museum, West Mercia Police said.

Sentencing Powell and Davies at Worcester Crown Court on Friday, Judge Nicholas Cartwright berated them for concealing the find.

“Stealing the items as you did denies the public the opportunity of seeing those items in the way they should be displayed. When treasure is found it belongs, from the moment of finding, to the nation,” he said.

Speaking to the BBC, Gareth Williams, curator of early medieval coinage at the British Museum, said the coins were mostly of Anglo-Saxon origin and were of historical significance. They had been buried he said, by Vikings, to protect them.

“These coins enable us to re-interpret our history at a key moment in the creation of England as a single kingdom,” he said.