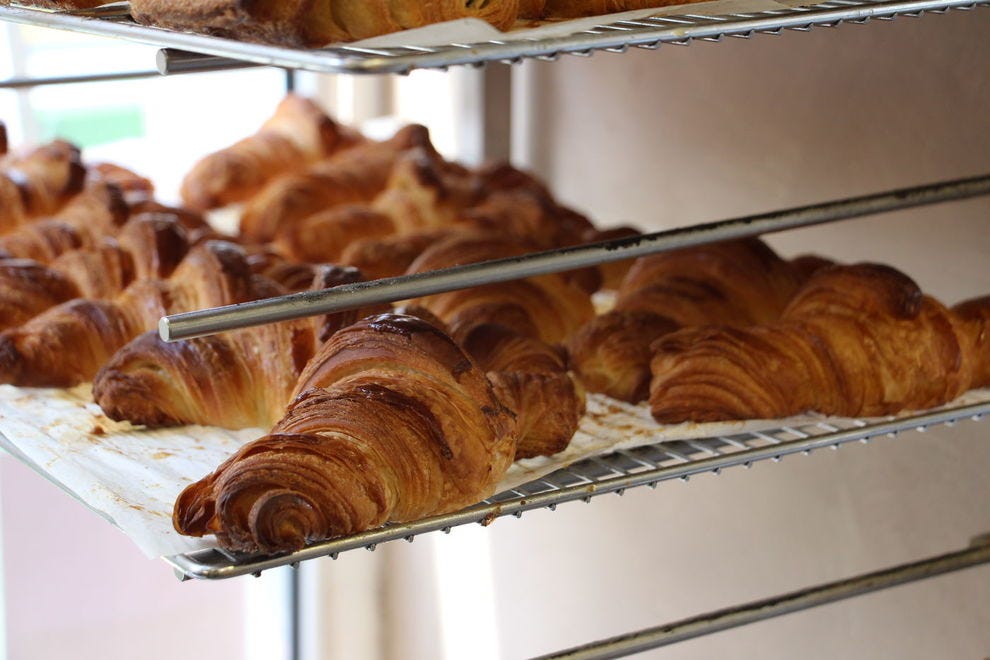 Walk down any street in Paris, and you’ll likely be captivated by the tantalizing scent of freshly baked, buttery croissants. This crescent-shaped delight may well be the most famous French baked good, but unfortunately, they’re not all created alike.

According to research, somewhere between 50 and 80 percent of croissants sold in Paris bakeries are industrially made, delivered frozen and baked on the premises.

According to Christophe Vasseur, the baker behind Du Pain et des Idées, this is in large part due to the fact that the training required to make a truly good croissant has, by and large, fallen by the wayside. These days, he explains, French bakery schools offer two different diplomas: boulangerie and pâtisserie. The former pertains to bread-baking; the latter is devoted to pastry.

But the professional qualification of tourier, someone who works with laminated doughs like croissants and puff pastry, was phased out about 50 years ago. If someone wants to learn to make croissants properly, he needs to seek out someone who knows how or rely on industrial producers to fulfill his client demands.

At his bakery, Vasseur focuses exclusively on the mastery of bread and viennoiseries – items like croissants, chocolate croissants and puff pastry swirl buns. Whereas other bakeries will also sell pastries, Vasseur prefers to limit himself to a smaller range and do it all correctly. 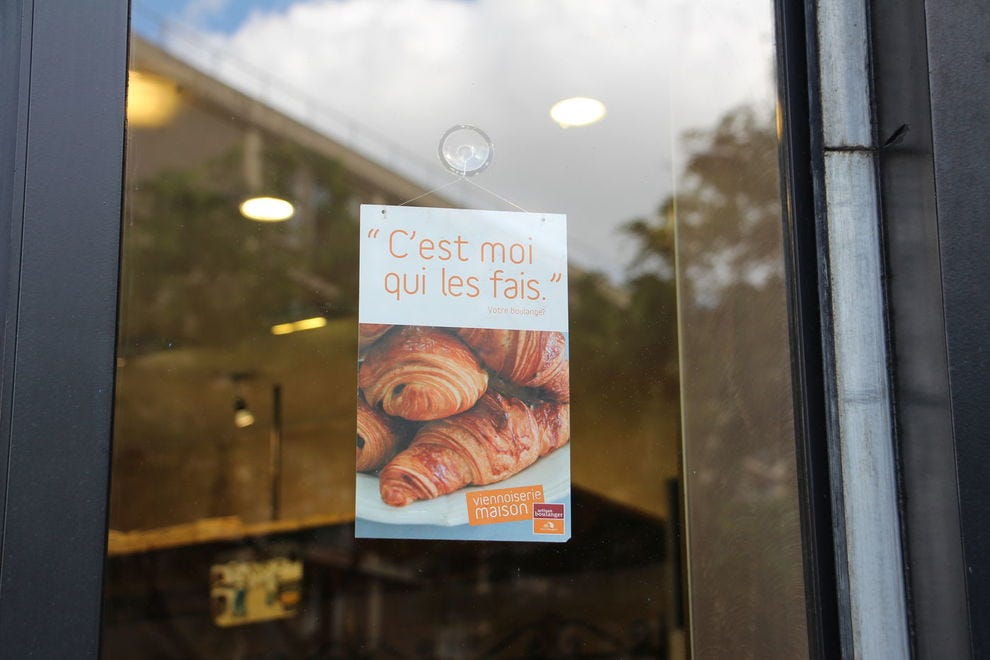 When Sami Bouattour, winner of the 2017 contest for Best Baguette in Paris, first heard the statistics pertaining to industrially-made croissants in Paris, he was skeptical.

“But then I talked with a colleague who said, ‘I make everything in-house…except the croissants and the pains au chocolat. I buy those.'”

“I said, ‘But then everything isn’t house-made! That means that the things you sell the most of are industrial!'”

For Bouattour, homemade is “the future of bakery.” And while there’s certainly a shift in this direction in Paris, industrial still reigns. 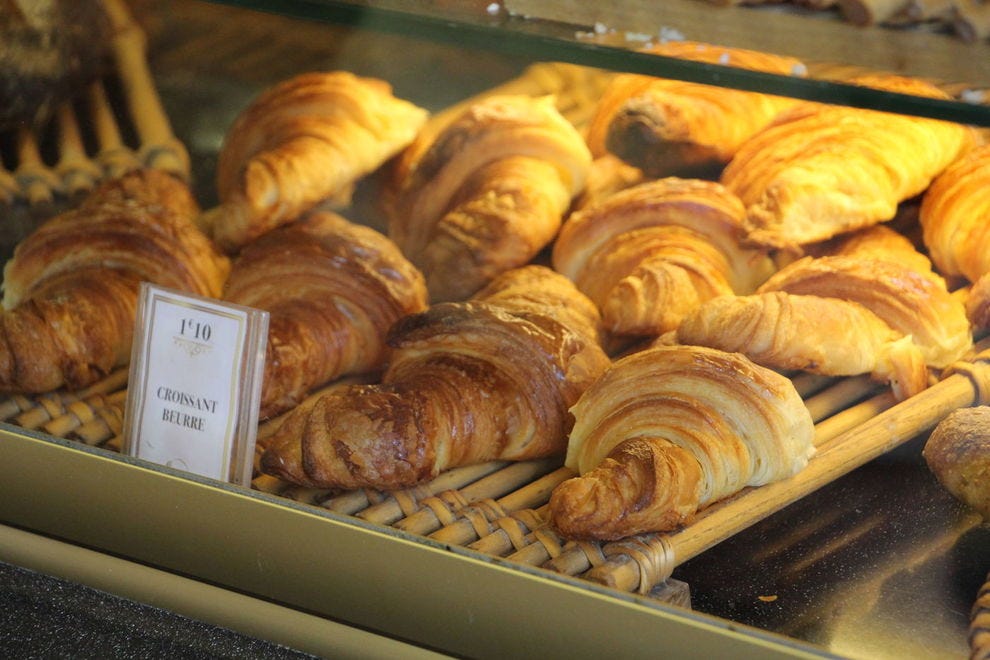 To make matters worse, it’s not always easy to tell a good croissant from a sub-par one: often, they’ll look and smell almost exactly the same. But for Laurent Duchêne, Meilleur Ouvrier de France (one of the best craftsmen in France), there are a few things to keep an eye out for.

“It should be nicely layered, with a crisp exterior,” he says.

You can also keep an eye on its shape. While Duchene notes that it’s “not a rule,” for the most part, modern bakers will sell two different shapes of croissant: one straight and the other curved. The straight ones will usually be made with butter, whereas the curved “ordinary” ones with margarine.

Luckily, you can always ask the baker whether it’s made with butter or margarine to be sure. But not any butter will do for the perfect croissant.

“The choice of butter is primordial!” say Cyril Lignac and Benoît Couvrand of the former’s La Pâtisserie croissants.

Duchêne agrees, noting that since butter will make up about 30 percent of the final product, choosing a top-quality one is essential. He, like many in Paris, opts for protected AOP Charentes-Poitou butter, which stands out for its rich, creamy flavor and slightly fruity notes.

Known specifically for its use in tourage, AOP Charentes-Poitou butter is perfect for creating flaky, crisp layers in everything from croissants to puff pastry. In fact, a 2017 CHD Expert study found that two out of three French people considered croissants made with this butter better than a classic butter croissant.

But there is another important element that can make or break a croissant: time. 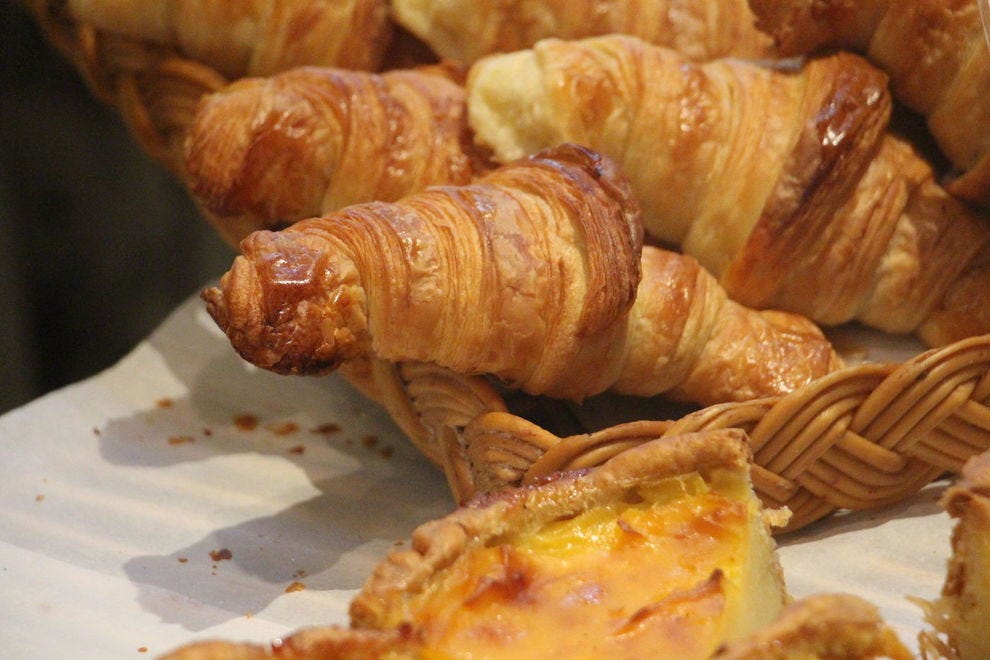 “An industrial croissant is made in two hours,” says Vasseur. “A croissant at Du Pain et des Idées takes 36.”

For the perfect croissant, the dough should first be made and then allowed to rest before the process of folding in the layers of butter that will create the flaky final texture.

“It’s like any good thing,” Vasseur continues. “To develop the right flavors, there’s no artifice. You can put as much butter into it as you want; you still need the time for the aromas to develop.”

For the perfect croissant experience, many seek them out fresh from the oven. But Duchêne notes that, in reality, hot croissants are more difficult to digest.

“It’s still a little bit raw,” he says, noting that the ideal croissant will be eaten just warm. “The fat coats your mouth a bit less,” he says.

If you’re on the lookout for a warm croissant in Paris, then he recommends stopping by your local bakery either first thing in the morning or around 3 or 4 in the afternoon.

“That’s when schools get out,” he says. “And so we bake more for their afternoon snacks.”

As for how to eat it? While some use croissants as the base for breakfast sandwiches, or even (the horror) butter them, Duchêne says that plain is best.

“Jam could work…” he says. “But I don’t like savory croissants. The croissant itself is a bit sweet, it has its own flavor. So the mix with ham and cheese just doesn’t work. You’re sacrificing the product.”