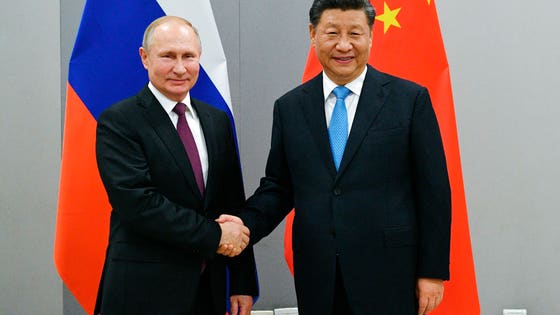 If U.S. soybean exporters want a glimpse of their future in China, they might consider what has happened to the U.S. chicken export market after the 2014 Russian invasion of Ukraine.

This is the risk of the U.S.-China trade war to not only the soybean industry but a number of targeted industries, including oil and lumber.

While there are some differences between the Chinese and Russian cases, there are also striking similarities.

In both cases, the United States was the dominant export market.

As recently as last year, China was buying as much as 57% of U.S. soybean exports. Russia, while not as dominant a market for U.S. poultry exporters, ranked first from 2003 to 2009 and was a leading market through 2013.

In August of last year, Chinese imports of U.S. soybeans dropped to 2% of the U.S. export market. While they recovered to 54% in August of this year, they dropped to 25% in September, the most recent U.S. Census Bureau data available.

Not a good omen as the United States heads into the October through December months, when crops and exports traditionally surge, as the chart below shows.

As for Russia, since 2013, it has not purchased any poultry from the United States. None. The global U.S. poultry export market has yet to fully recover.

In both cases, the United States, in responding to what it believed to be untenable behavior, imposed sanctions.

In the case of China, the issue had nothing to do with soybeans, of course. It was about forced transfer of technology and intellectual property theft. In Russia, the issue was U.S. sanctions imposed after it invaded its neighbor, Ukraine, now at the center of the U.S. impeachment hearings against President Trump.

In both cases, once the United States was hit with retaliation, with the primary target the U.S. agricultural industry, a new top exporter to Russia emerged: Brazil.

Brazil has now surpassed the United States as the world’s leading soybean exporter — some have suggested the Amazon fires were connected to the South American’s nation need for additional farmland. And Brazil is now the leading supplier of chicken to Russia.

In both cases, the damage is not only to the United States.

Clearly, China is suffering without access to U.S. soybeans. As large a producer as Brazil is, it cannot meet China’s vast needs for soybeans, which are largely crushed for animal feed. In addition, its pork industry has been decimated by an outbreak of African swine virus — leading to a doubling of U.S. pork exports and an end to a five-year ban on U.S. chicken exports — its economy is slowing and it is trying to finesse an intractable situation in Hong Kong.

In Russia, its chicken industry is struggling, similarly hobbled by disease but also increasing feed stock and distribution prices. Historically, it had been able to import U.S. chicken less expensively than produce its own. Today, however, it is attempting to build an export market — to China.

This is the risk of trade wars, high-stakes gambits for all parties. President Trump’s negotiators certainly know this, as they continue to press their Chinese counterparts.