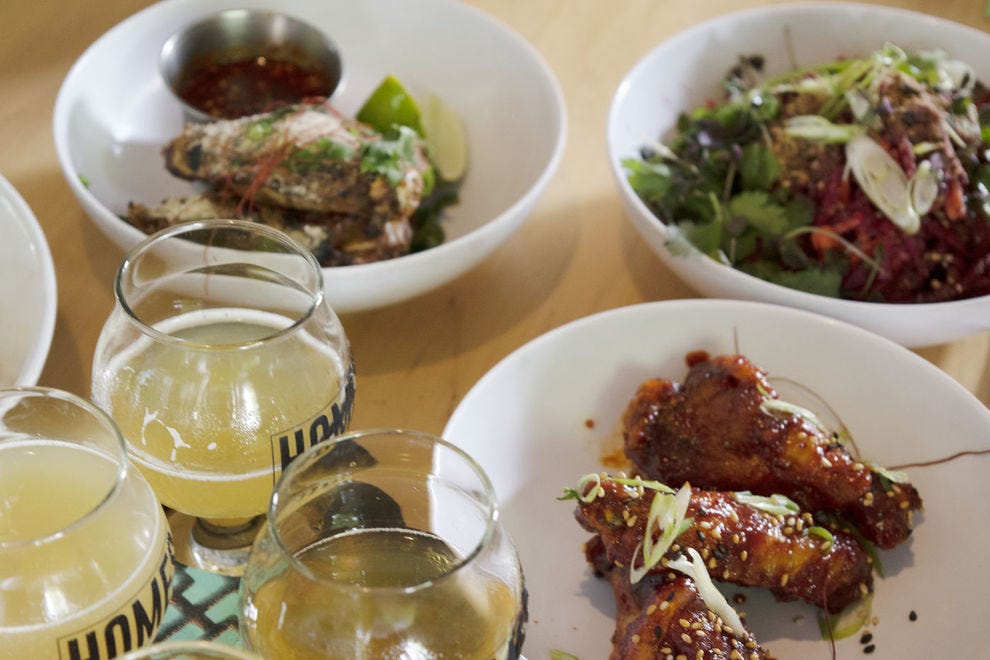 Headlines may proclaim Detroit’s sizzling culinary scene, but its neighbor, Ann Arbor, set 40 miles to the west, has its own share of Motor City’s gastronomy. As in Detroit, the auto industry draws employees from far-flung locales; they bring with them their own culinary traditions and a taste for international cuisine.

Tree Town is also home to the University of Michigan, which draws professors and students from around the globe. That may explain how this Midwestern city has a worldly food scene. There’s classic Turkish dishes, new takes on Korean and, of course, a few homegrown favorites – usually paired with Michigan beer. Here are 10 of the can’t-miss restaurants. 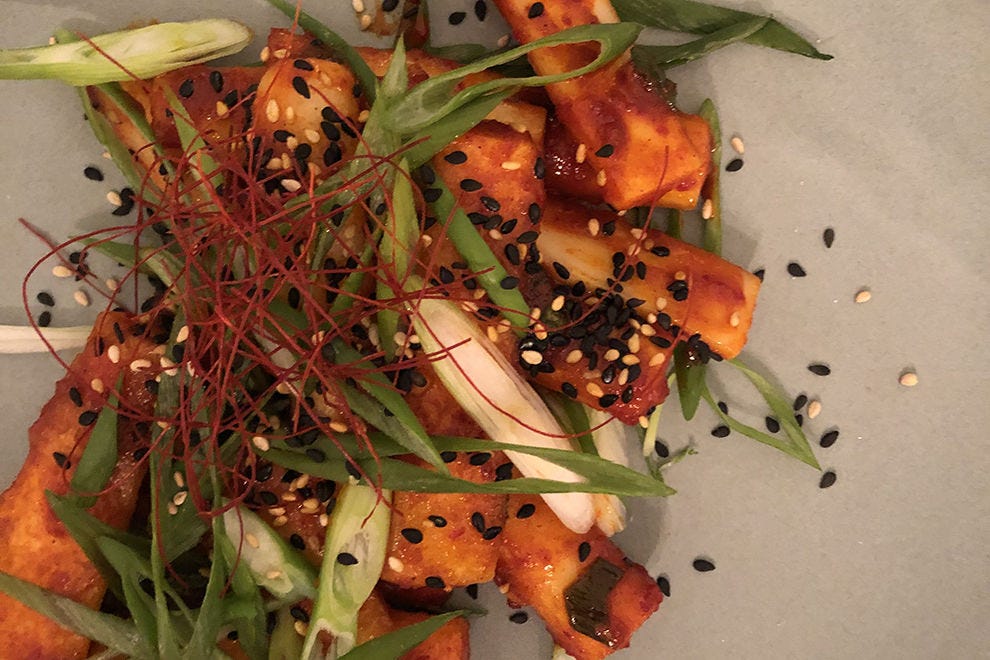 Owner and head chef Ji Hye Kim came to Ann Arbor to attend the University of Michigan. After graduation, she founded a food truck that grew into a brick-and-mortar eatery.

Eating at Miss Kim is a journey through Korean culinary history and the chef’s own school-girl days in Korea. For example, tteokbokki, rice-cake batons, are served street-style with pork belly and a slow-poached egg, and in the traditional royal style with sautéed seasonal, local vegetables.

The menu includes an expansive list of farmers, butchers and purveyors the chef sources from, but there’s a star import on the menu: Korean soju, which gets the chef’s touch in house, too, with smoky or spicy infusions. 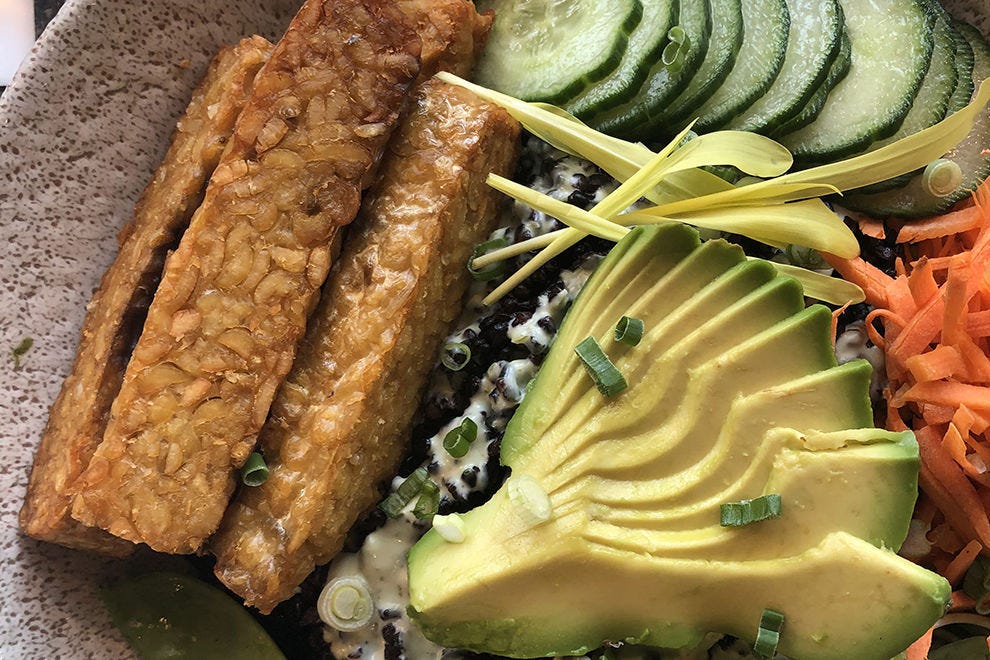 This hipster hub is a breath of fresh air in a sea of hearty Midwestern fare. Wilma’s healthy menu starts with fresh-squeezed juice and smoothies, and segues into more filling items like a decked-out avocado toast; sweet potato toast topped with whipped ricotta, balsamic glaze and Moroccan spice; and French toast made with gluten-free chocolate chip banana bread.

The airy space outfitted in cozy, bohemian décor calls for lingering over breakfast or lunch. 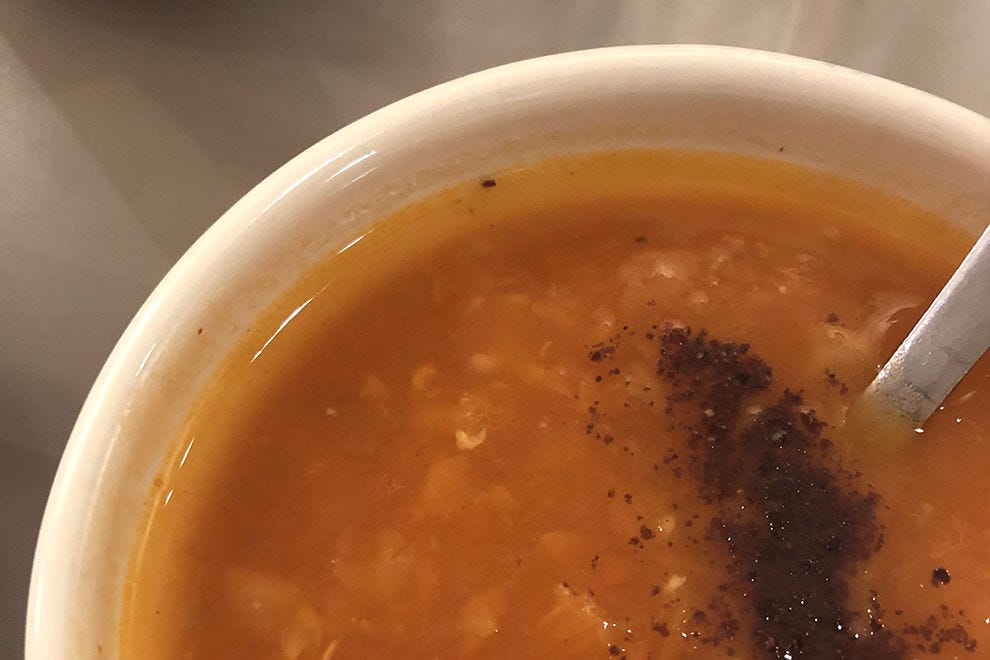 Many meals at Ayse’s include lentil stew — Photo courtesy of Ashley M. Biggers

Ayse’s restaurant may be in a nondescript strip mall, but diners feel like they’re at a family dinner in Ayse Uras’s home. Uras writes up the menu board of Turkish dishes daily; she cooks according to the ingredients she can procure from the farmer’s market and butcher.

Tables overflow with bowls of lentil stew, boreks (baked filled pastries with flaky phyllo dough), chicken kebabs, meat pies, rice and bulger pilavi, and Turkish-style baklava (made with pistachios and a syrup made from sugar, water and lemon juice).

Breweries aren’t often known for their food, but at HOMES Brewery, the food can battle the suds for top billing. The Great Lakes (Huron, Ontario, Michigan, Erie and Superior) inspired the brewery’s name, but Asian flavors season the menu from chef Jordan Balduf.

Standard bar food like chicken wings get an Asian twist with gochujang, Korean barbecue sauce or Thai dry seasoning. The kitchen stuffs bao with pork belly, pho brisket or miso eggplant, and takes a swing at classic bibimbap – all of which pair well with the brewery’s IPAs and sours. 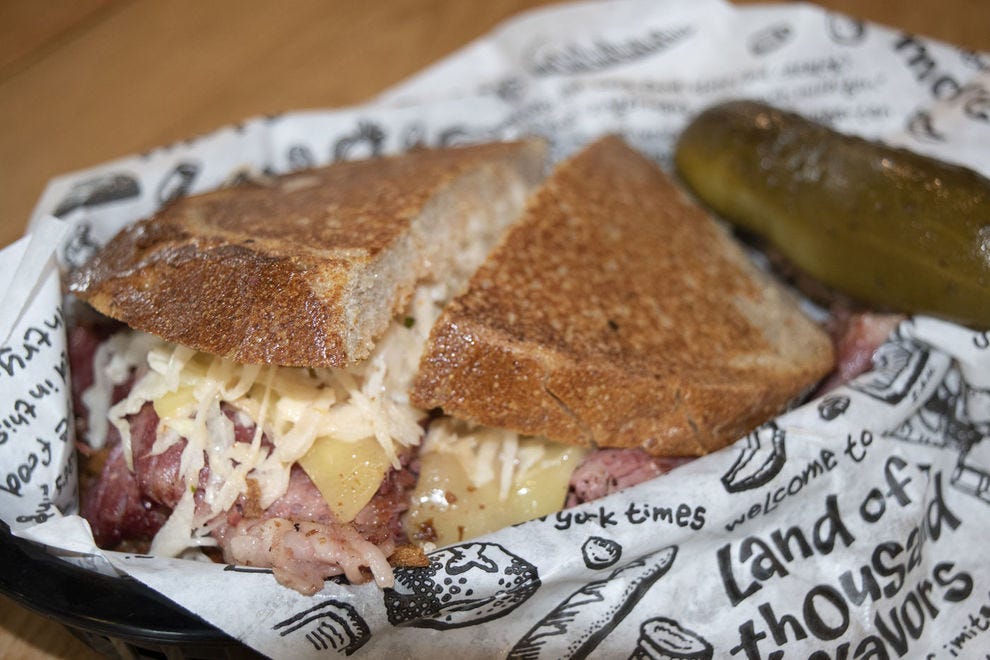 With more than a dozen restaurants and artisanal producers under the company’s umbrella, Ann Arbor is dripping with Zingerman’s businesses. But the deli remains its flagship. Ari Weinzweig and Paul Saginaw founded the much-lauded delicatessen in 1982.

The celebrated sandwich menu borrows flavors from all over the world – a Dutch tosti was a recent sandwich of the month – but the classic is the #2 Reuben. President Obama raved about the sandwich after visiting in 2014. 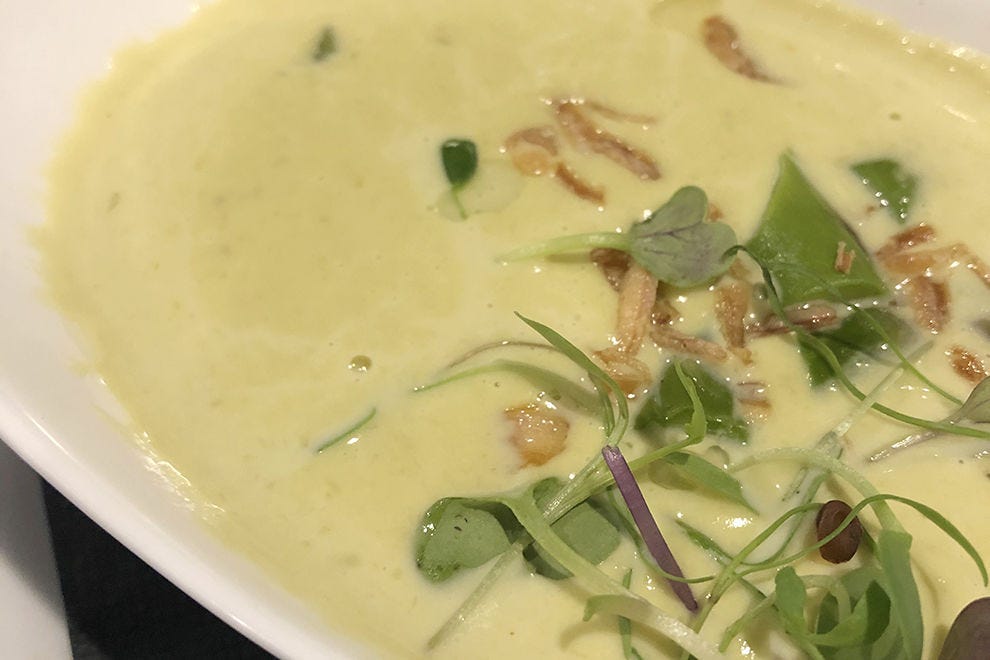 At this chalkboard restaurant, chef Danny Van changes the menu daily according to what’s fresh and local. Global flavors inspire the menus at Taste Kitchen, but no single locale takes the lead. Dishes have hints of French, New American and other flavor profiles.

The décor is reminiscent of a European-style brasserie, with tables nearly on top of each other and a packed bar where the stools are never empty for long. 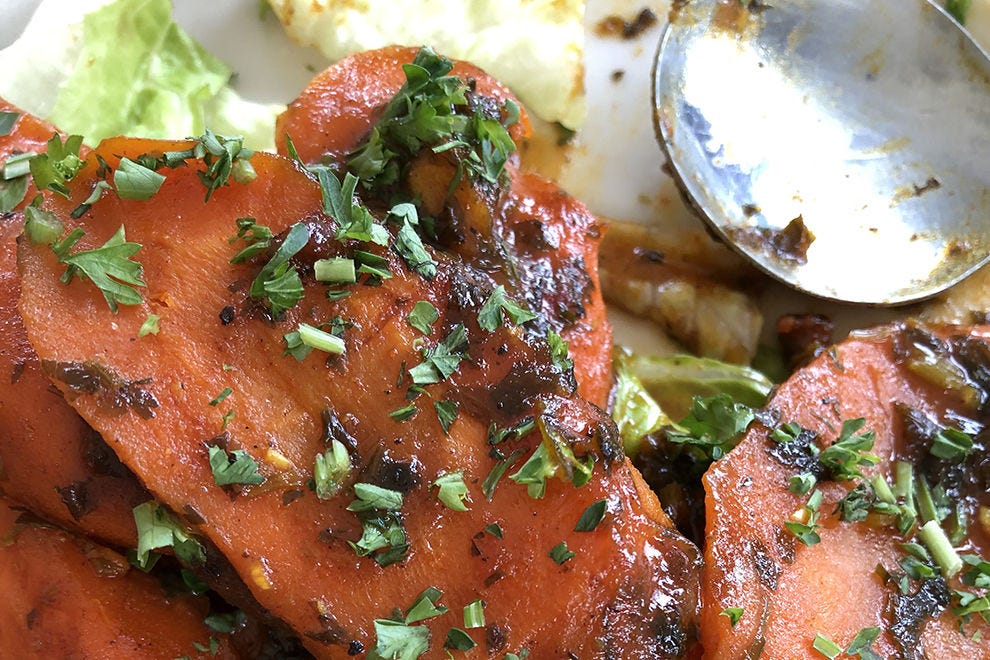 Southern Michigan is a hot spot for Middle Eastern and Mediterranean restaurants, but Moroccan ones, like Casablanca, remain rare. Abdul Mani immigrated to Michigan for his father’s job at a car manufacturer.

Mani creates dishes that blend sweet and savory flavors. The menu includes his country’s classics like chicken, lamb or fish tagine as well as Moroccan mhammar (slow-cooked chicken with lemon). 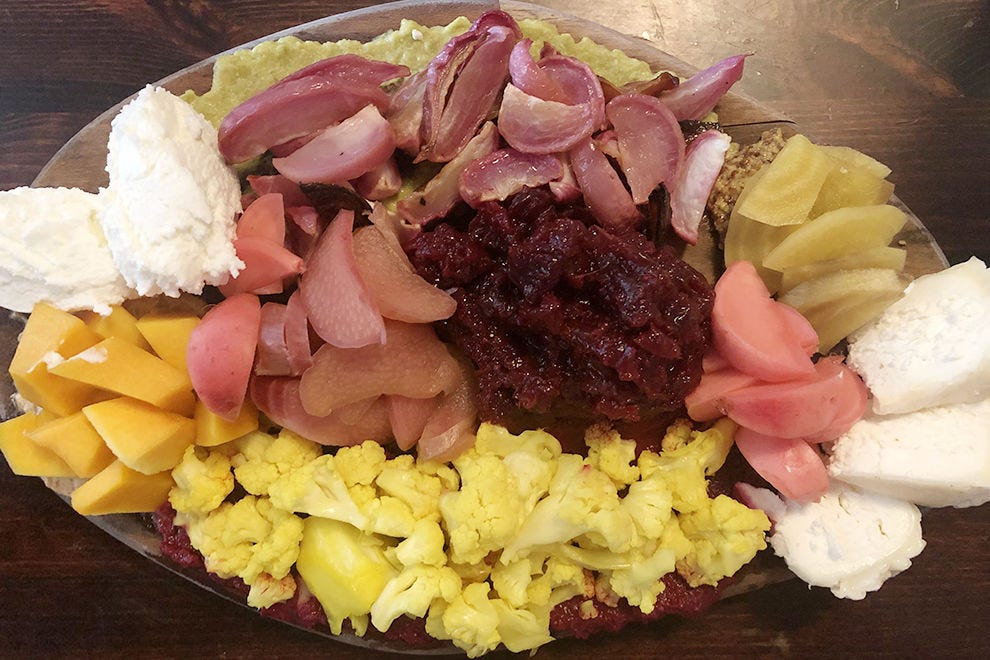 Dishes are both Midwestern hearty and farm fresh. Pickled vegetables lending brightness to plates and produce get whipped into unexpected places, like a pasta made with beets. 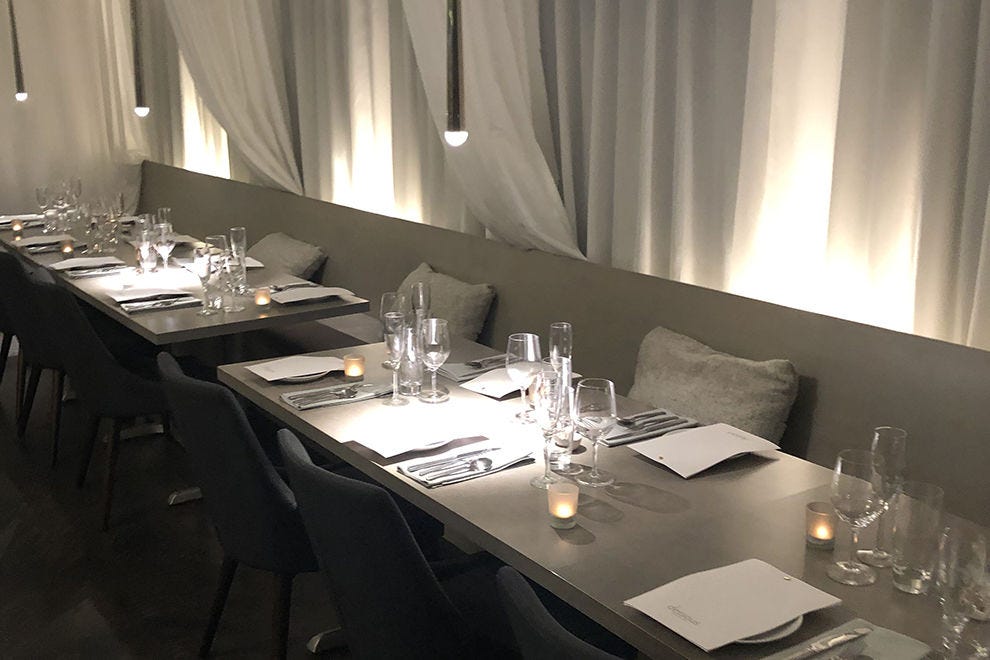 This fine dining restaurant serves fusion cuisine at its best. Each of the owners brings a different culinary influence to Dessous, which include Indian seasoning, quality cuts of meat and fish, French and Cuban. These flavors blend seamlessly in the refined dishes

The meal may begin with a basket of naan (instead of the standard bread basket) and the latest samosa flavor, then segue into scallops or sea bass with French baked rice on the side.