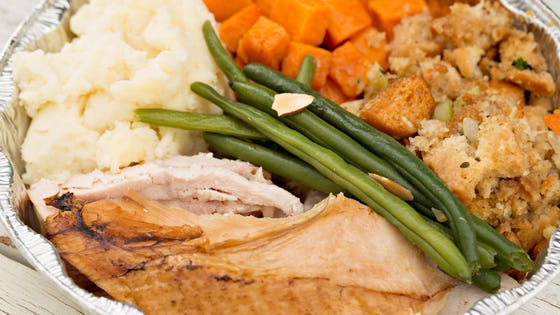 Enjoying leftovers can be as good as or even better than Thanksgiving dinner. After all, Thanksgiving Dinner requires all that talking to family members stuff and typically doesn’t allow you to eat in your underwear or pajamas. Plus, there’s what Los Angeles Rams’ running back says:

Twitter certainly had no shortage of folks looking forward to leftovers:

People also shared how they were enjoying leftovers, ranging from the throwing-it-into-a-bowl-and-eating-it recipe:

To other slightly more complicated recipes:

Yes, leftovers can be great, as long as you can avoid that food poisoning stuff. Bad bacteria contamination can be a real buzz kill for leftovers. Therefore, make sure that you take the following proper precautions: