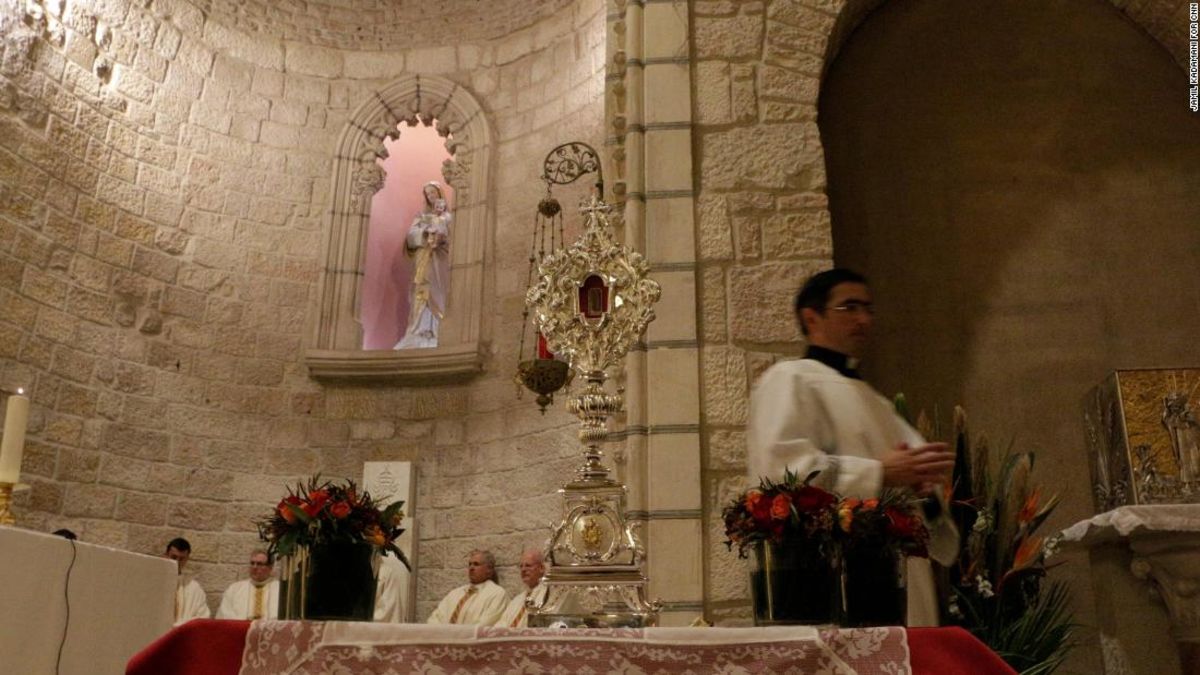 The tiny inches long relic was first taken out of the Middle East in the 7th century when St. Sophronius, Patriarch of Jerusalem, donated it to Pope Theodore I. It remained in Rome’s Basilica of Santa Maria Maggiore until now.

The wooden relic arrived on Saturday at its permanent home in Bethlehem in time for Advent and the beginning of the Christmas season. Many Christians say it represents the very essence of their faith.

“It touches me so deeply, so deeply because I really can find the little child Jesus inside, I really can find his presence and it’s like the cradle is moving into my heart,” Barbara Boterberg told CNN at a special service at the Our Lady of Peace Chapel at the Notre Dame Jerusalem center to commemorate its arrival.

Boterberg, a Christian living in Israel, says she has been praying for 40 years to see a piece of Jesus’ crib return to its rightful place in the Middle East.

“Since it’s here my heart is jumping all the time with joy, that God became a man humble enough to sleep in a manger,” added Boterberg.

Pope Francis allowed the relic to be returned to the region, according to Father Francesco Patton, Custos of the Holy Land.

He told CNN that Palestinian Authority President Mahmoud Abbas had been asking the Pope to return the stone and wood manger to Bethlehem for at least one Christmas season for years. “It was important, the request of Mr. Abbas, it was very important,” said Fr. Patton.

Fr. Patton said the entire crib was considered too fragile to move. Nonetheless, he says the small wooden relic is an important symbol that will now be permanently enshrined inside St. Catherine’s Church, adjacent to the Church of the Nativity in Manger Square in Bethlehem

“This is a special day because today we received the relic of the manger that Pope Francis offered as a gift to the custody of the holy land,” said Fr. Patton.

Bethlehem, the birth place of Jesus, lies in the West Bank, part of the Palestinian territories. For years Abbas has tried to work with the Vatican to encourage Christian pilgrims to make the trip to Bethlehem despite security and political concerns, according to Fr. Patton.

During the celebratory mass in Jerusalem, the Vatican’s Apostolic Nuncio to Israel, Leopoldo Girelli, described the relic as a potent reminder of the birth of Jesus and a piece of reality that people everywhere can grasp.

“People of today are people of the tangible, of what they can experience empirically. This relic is something tangible that brings us back to the precise moment in history when god himself became man,” said Girelli.