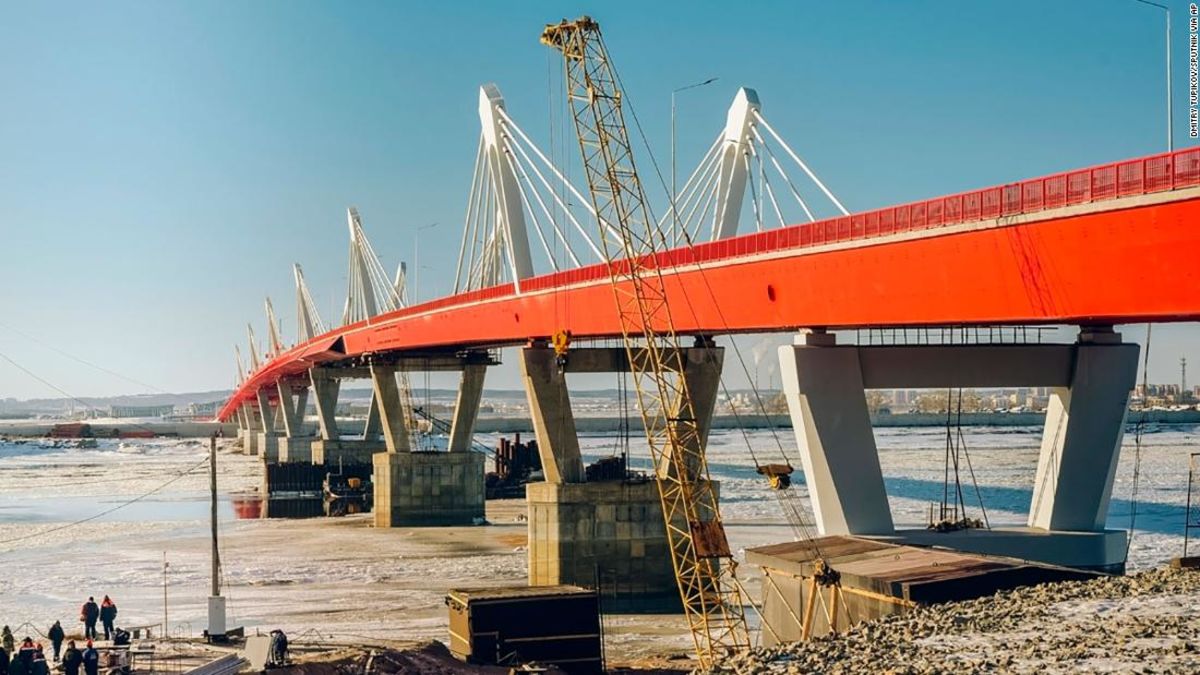 The bridge will connect the Russian city of Blagoveshchensk with Heihe in China, in a bid to increase the volume of freight traffic between the countries.

Russia’s Ministry for the Development of the Russian Far East and the Arctic said on Friday that the bridge is due to open to traffic in spring 2020, the news agency reported.

Construction of the bridge, which runs over the Amur river, involved building more than 12 miles (20 km) of new roads, and was carried out by a Russo-Chinese company.

“We are forming a new international transport corridor,” Reuters quoted Vasily Orlov, the Amur region’s governor, as saying. “It will allow us to fully reach our transit potential.”

Russian state news agency TASS reported in January that the construction of the bridge started in 2016, and will cost an estimated 18.8 billion rubles.

The bridge is one of the latest construction projects designed to connect the two cities.

In 2020, a cross border cable car between Heihe and Blagoveshchensk, designed by Dutch architects UNStudio is due to open.

The journey time aboard the cable car between the cities will be approximately seven and a half minutes.