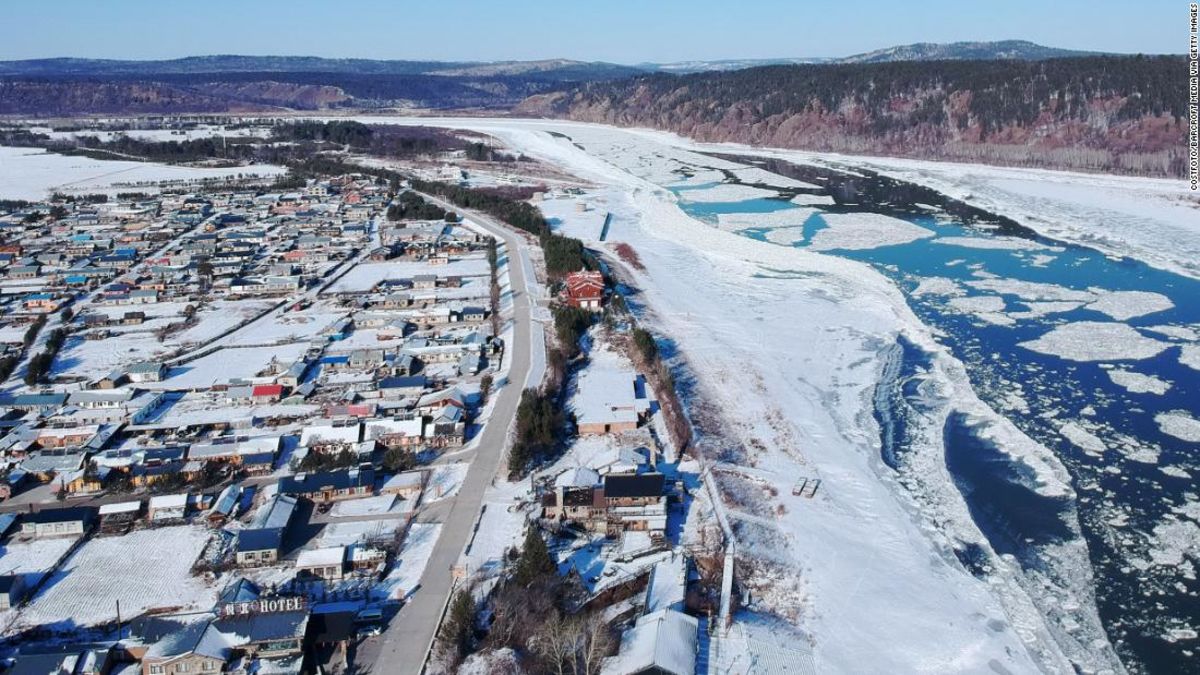 The final part of the highway proved particularly challenging because of Mohe’s cold, icy terrain. According to CGTN, Mohe, which is in Heilongjiang province, can reach temperatures as low as minus 40 degrees Celsius (minus 40 F) in the winter.

The area is covered in permafrost, ground that is frozen year-round, making any construction project more difficult.

The final stretch of the Beijing-Mohe National Highway, which is also known as G111, was a 157-kilometer (97 miles) stretch through permafrost.

China has invested heavily in bringing commercial and tourist traffic to more remote regions of the country, and having a major thoroughfare run through your town can often result in prosperity.

Every winter, visitors come from across China and the world to see the mammoth creations, which this year included a Buddha statue made from 4,500 square cubic meters of snow, and a 3-D light show reflected against the ice for dramatic effect.

The closest Russian settlement to Mohe is the village of Amazar, which isn’t quite a tourist hot spot yet. However, it wouldn’t be surprising if there were plans to connect the two.

A land bridge between the Heilongjiang city of Heihe and the Russian city of Blagoveshchensk was also completed this week. The same border crossing will be home to a cable car due for completion in 2020.

Visitors to Mohe will likely marvel at its wintry beauty — which lasts nearly all year round.

Besides the usual popular cold-weather activities like ice skating and snowshoeing, lucky visitors might be able to grab a glimpse of the aurora borealis, or northern lights.

Zhang Conglun, deputy director of the Mohe transport department, told state media that in addition to boosting tourism to the region the new highway would help to open up forestry efforts.