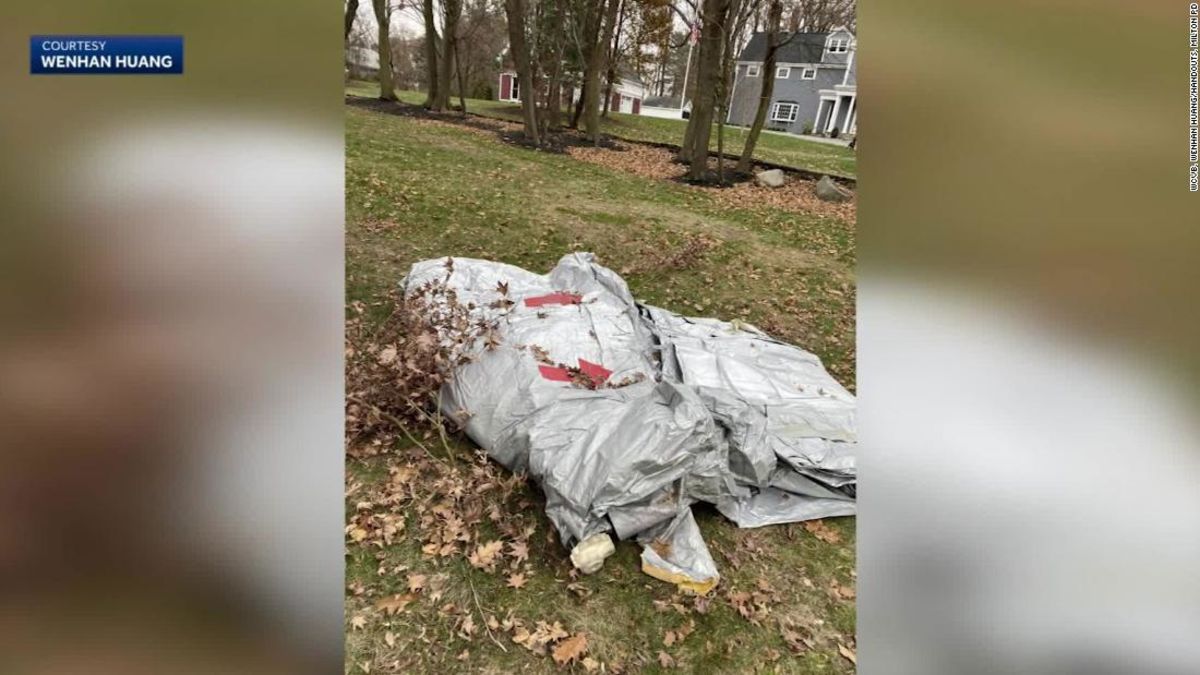 (CNN) — No, it’s not a bird or a plane. It’s an evacuation slide from a Delta flight.

A large, inflatable slide fell from the sky and into a Massachusetts man’s yard Sunday. It came crashing down from a flight traveling from Paris’ Charles de Gaulle Airport to Boston’s Logan International Airport.

“It’s kind of crazy,” Wenhan Huang of Milton, Massachusetts, told CNN affiliate WCVB. “Who could know there’s something coming from the air and drops into my yard, right? It’s pretty heavy. You can’t even carry it.”

The slide fell from a Delta flight heading to Boston from Paris.

Huang said he was doing yard work, when the slide landed, crushing a few branches on a Japanese maple tree, WCVB reported. He realized it came from a plane when he saw the word “Boeing” on the side.

Huang called the police and the Federal Aviation Administration was sent to get the slide, according to WCVB.

The airline is investigating why the slide would have fallen, Delta told CNN on Monday. No one was injured.

“Our maintenance team is inspecting the aircraft; at this time we do not have any additional information,” the airline told CNN in a statement Monday. “The flight landed without incident and taxied to the gate under its own power.”