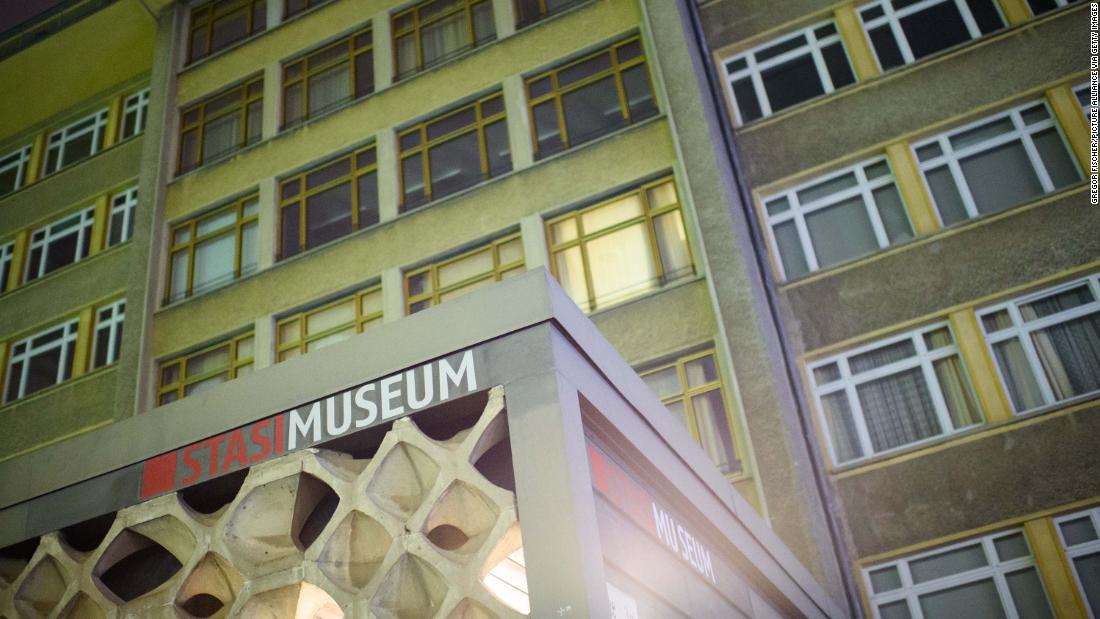 Travel
Share on Facebook
Share on Twitter
Share on Pinterest
Share on LinkedIn
Share on Facebook
Share on Twitter
Share on Pinterest
Share on LinkedIn
The suspects broke in through a first floor window, smashing several exhibition cases and stealing artifacts, Berlin Police told CNN.
A museum employee discovered the break-in at around 10.40 a.m. local time on Monday. It is unknown how many suspects are involved; the State Criminal Investigation Office is now investigating.
The burglary came less than a week after raiders stole around 100 priceless treasures from the German city of Dresden’s Green Vault, one of Europe’s largest collections of art masterpieces.
The suspects smashed a display case, fleeing with diamonds, pearls and rubies. Police believe four thieves were behind last Monday’s dramatic heist but have so far found no trace of them.
Officials are offering a €500,000 ($550,000) reward for information regarding the break-in.
The monetary value of the Stasi Museum haul is unknown. But it has a high museum value, the museum’s director, Jörg Drieselmann, told German newspaper Tagesspiegel.
It includes several historic medals, including a Karl Marx Order, which was the highest award given in former East Germany, a Lenin Order and the Order of the Hero of the Soviet Union, Drieselmann told the newspaper.
The director added that the stolen jewelry included gold wedding rings, a watch, and a bracelet, which the Stasi acquired during its reign of fear from the 1950s until the fall of the state in 1990.
“It is always painful when a break-in occurs,” Drieselmann said. “The feeling of security is considerably disturbed.”
Correction: This story has been updated to correct the reward amount in euros.
This article was originally published by Cnn.com. Read the original article here.
Share on Facebook
Share on Twitter
Share on Pinterest
Share on LinkedIn