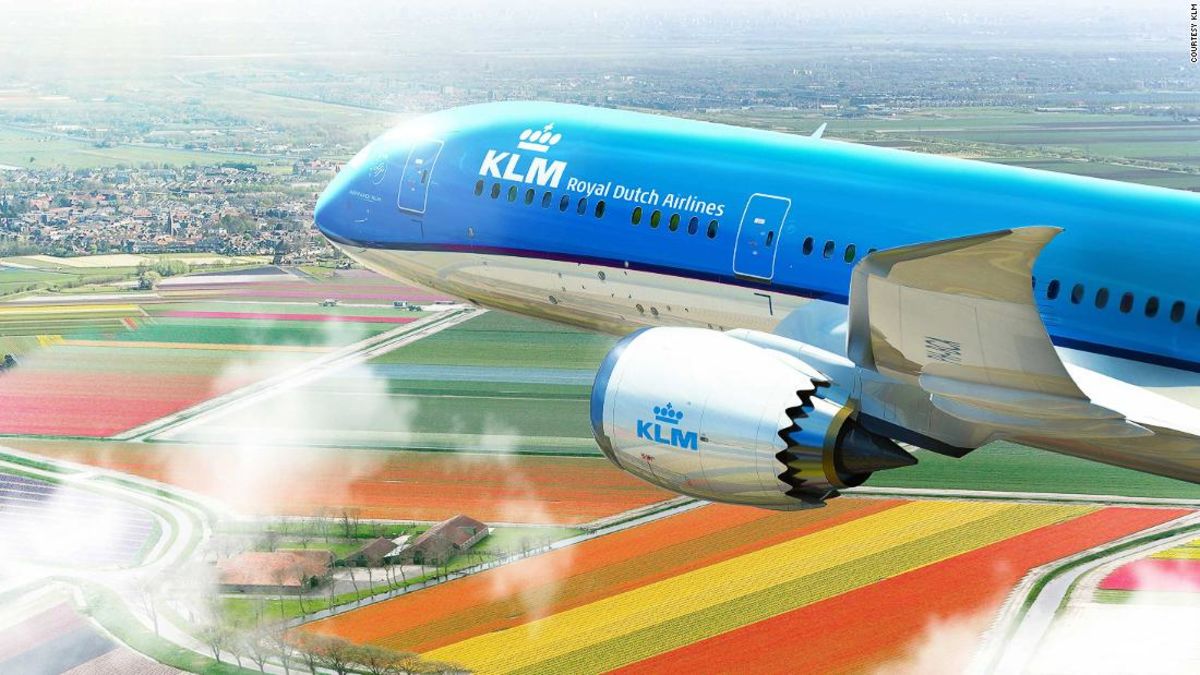 Rather than bemoaning the loss of eco-conscious travelers, some airlines seem to be embracing this rail-orientated gear switch.

Dutch airline KLM recently announced plans to partner with European train companies Thalys and NS to replace one of its five daily flights between Amsterdam and Brussels with a high-speed rail service.

Elsewhere in Europe, Austrian Airlines is offering “AIRail,” another terrestrial service in partnership — or codeshare, in aviation parlance — with that country’s national rail operator ÖOB. In Germany, Lufthansa has a collaboration with train network, Deutsche Bahn.

So are these down-to-earth moves by air carriers being made for the sake of the environment, or the bottom line?

There’s clearly a business rationale. Replacing short-haul flights with trains frees up landing and departure slots at busy airports that can be used for more lucrative long-haul services. They also make the airline look greener, even if there’s no long-run difference to its carbon footprint.

Thalys offers a high-speed train service between Amsterdam and Brussels.

As train expert Mark Smith, founder of rail route encyclopedia The Man in Seat 61, puts it, airlines replacing flight routes with train services combines both “good PR” and “hard commercial reason.”
“There is this trend towards lower carbon travel and the airlines are aware that this is something they can be seen to be doing,” Smith tells CNN Travel.

“This sort of nods towards that, whilst actually there are sound commercial reasons for doing it, by freeing up the long haul slots.”

KLM makes no secret of the business sense behind cutting short haul Amsterdam-Brussels flights, but insists the move will help long-term sustainability and a “fly responsibly” campaign that advises passengers to pack light and offset the carbon emissions of their travel.

“If we can really build a product that is comparable to our current products, we will consider replacing more short-haul flights in the future,” KLM spokeswoman Manel Vrijenhoek tells CNN Travel.

By eliminating one in five of its Amsterdam-Brussels flights departing Schiphol Airport, KLM will play a part in the Dutch air transport sector’s overall mission to reduce C02 emissions by 35% by 2030, she adds.

“KLM is committed to driving a sustainable future for aviation,” says Vrijenhoek. “Part of that commitment is that we want to reduce our footprint​.”

Watching the world go by from a train window is one of the perks of terrestrial travel.

As for travelers, the stats suggest people are becoming more willing to look at train travel for longer distances.

In the UK, Virgin Trains, which has operated the country’s West Coast railway line for the past two decades, says its share of passengers traveling between London and Glasgow rose to a record 29% in 2019, a move it says is due to people choosing rail over flight.

Given that travel time on this 400 mile route is roughly 4.5 hours by train and about 1 hour 15 minutes by air (plus connection times), and the price points are relatively close, there could be some merit to the claim.

But does it represent a major trend that could change the way the world travels?

“I doubt it’s got the airline industry scared,” says Mark Smith of The Man in Seat 61. “It’s more likely that the airlines are going to look towards longer-haul and pull out of short haul.”

Codeshare agreements with train companies also stop airlines from losing their monopoly in a changing market. For customers, it’s also a chance to use or earn air miles and retain airline club status.

You can get airline-equivalent service on board these air-rail codeshares.

So what’s it like to travel on an air-rail codeshare?

To make sure there’s no misunderstanding, the airlines do make it clear from the outset passengers are traveling by rail, printing it clearly on tickets.

On board the Amsterdam-Brussels trains, KLM promises to “fully match the speed, reliability and comfort that air travel offers passengers.”

“There will be a dedicated check-in desk at Schiphol in 2020 to make the connection as smooth as possible for train passengers from Brussels,” says Vrijenhoek.

On some services there’s some stunning scenery on offer.

The service has operated since 2014 and is now a fixture of trans-European travel.

“Last year we canceled our flight service between Vienna and Linz as the rail offering was running well,” Leonhard Steinmann, a spokesman for Austrian Airlines, tells CNN Travel.

On this super quick service, typically taking just over 80 minutes, Air France purchases a block of seats and administers them as an airplane cabin, with bags checked pre-journey and returned to passengers at destination.

The service “really provides an Air France experience,” says airline spokesman Patrice Tétard. So much so that Air France has eradicated its Paris-Brussels air route altogether.

“It didn’t make sense to maintain air connections between Paris and Brussels, the distance is too short,” explains Tétard. “However there is still significant connecting traffic, which we wanted to capture. That is why we established this commercial relationship.”

Over in Germany, Lufthansa got rid of its Frankfurt to Cologne short-haul due to its successful codeshare alliance with Deutsche Bahn under which passengers travel across the German countryside in dedicated compartments.

“The passenger traveling with the train stays our customer, as he travels with a Lufthansa ticket — not in the air but on the ground,” says Lufthansa spokesman Boris Ogursky.

Many passengers are becoming more conscious of their carbon footprints.

So could such success stories mean the end of the line for short-haul European flights?

“The decisive factor here is always the alternative for our passengers,” says Austrian Airlines’ Steinmann. “The geographical location and infrastructure play a key role in this case. If it takes too long for a passenger to travel the route by rail, the right framework conditions have to be created beforehand.”

Speed is perhaps the most important factor. In instances where a train service has killed off the equivalent flight route, it’s usually a high speed service known for reliability, efficiency and high standards.

When only long, slower services are available, short-haul flights maintain the upper hand.

Speeding through the Austrian countryside is an appealing option.

Lufthansa’s Ogurksy points out that while its rail alliance routes from Frankfurt have been successful, rerouting airplane passengers to trains to and from its second hub in Munich would be far trickier, since there’s no long-distance train station at the airport.

Customers will only accept a rail replacement if they consider the service to be equal — if not better — than what they get in the sky.

As Ogurksy puts it, it’s all about mastering “profitability, loyalty and ecological aspects.”

And airlines are acutely aware that if customers don’t want to travel by train, they’ll just look for rival airline offerings that stick to flying.

Rail and air companies can combine to use their mutual expertize.

Across the Atlantic, US travelers with no major intercity rail network to access, are used to taking short-haul flights across the country.

There is one notable air-rail alliance. United Airlines has a partnership with rail company Amtrak, allowing travelers to connect to and from Newark International Airport to travel along Amtrak’s Northeast Corridor — and collect United mileage points.

Mark Smith says it’ll only take one US railway triumph for other services to swiftly follow suit, with LA to Las Vegas a likely contender.

“It’s a massively popular air route, but actually it’s only about 300 miles,” says Smith. “So you could put in a fast train there and beat the plane center to center.”

“I think it’ll only take one before everyone else realizes that in the States, the high speed link between major cities that are only 2, 3, 400 miles apart actually make sense.”

“In a European environment where open access is encouraged and now permitted, there is no reason airlines can’t get involved with trains,” says Smith.

But given the major costs this would involve, rail companies and airlines are more likely to use their mutual expertise to offer the most rewarding, quick and eco-friendly passenger experience.