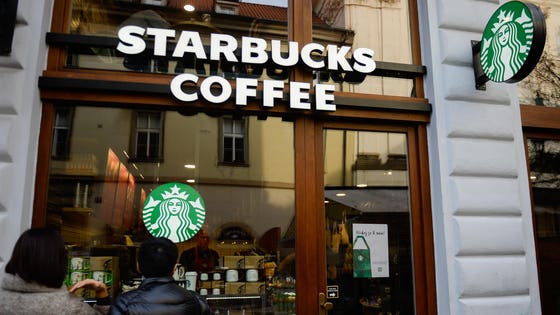 That the states with captive insurance legislation, which is nearly but not quite all of them, have recognized the need for a regulatory light hand in dealing with captive insurance companies does not mean that they have willingly surrendered the revenues that would ordinarily have derived from insurance underwriting in those states. To the contrary, nearly all the states still impose various state premium taxes, known as the Independently-Procured Insurance Tax (IPIT) or something similar, on insurance business which takes place in their state with other than an in-state licensed insurance carrier.

Among the few remaining states with antiquated insurance laws that do not allow captive arrangements, and haven’t yet figured out how much not having a captive is financially detrimental to businesses in their state, is the State of Washington. We have previously visited Washington’s efforts to stamp out captive insurance there in my 2018 article, Washington State Goes After Microsoft’s Captive For Unpaid Premium Taxes And Unauthorized Insurance. We now return to the Evergreen State to find its insurance commissioner going after Starbuck’s for its captive insurance arrangement.

Where this comes up is in a Demand for Hearing before the Washington Insurance Commissioner that was filed by Starbucks Corporation, and its subsidiary, Olympic Casualty Insurance Company, on November 27, 2019, which you can read here.

In essence, Starbucks formed Olympic Casualty as a Vermont-domiciled captive insurance company in 2006, and Olympic underwrites only the risks of Starbucks and nobody else, i.e., if Olympic failed to pay claims or went under, only Starbucks itself would be hurt. Between 2008 and 2019, Starbucks paid over $633 million to Olympic in premiums, for insurance that included general liability, environmental liability policies, and terrorism risk policies.

Starbucks, however, failed to remit to Washington the 2% premium tax charged by that state, which would be about $12.7 million, plus another $7.6 million in interest and tax penalties, and asserted in its defense that it was not required to make such payments under Todd Shipyards decision of the U.S. Supreme Court in 1962.

Whether Olympic can in the end fall under Todd Shipyards, who knows? Hardly any captive arrangement that I’ve seen complies with the requirements of that decision fully and faithfully, usually just giving that decision little more than lip service — and not just a few companies with captives just pay their premium tax where they are headquartered and go on down the road. Here, the Washington insurance commissioner is offering to allow Starbucks to report late and pay only a penalty of $513, 652 plus a $25,000 which seems pretty reasonable.

We’ll have to see how this turns out.

For some in-state perspective on this issue, I asked Seattle insurance regulatory authority attorney Steven Beeghly of Kreger Beeghly, PLLC, who commented:

“Starbucks, Olympic, and its lawyers have preserved a number of interesting defenses and arguments for their pending administrative litigation. I am hopeful the Commissioner’s plan to ask the Washington State Legislature to make this state a captive insurance domicile is fulfilled in the next session in early 2020. Captive insurance legislation ideally will broadcast to stakeholders guidance as to how their captive may function with regard to Washington State insurable interests.”

For Washington to adopt captive legislation is really not that difficult, since it can do what most other states have basically done: Copy the Vermont captive statute, and strike out “Vermont” where applicable and insert “Washington”. The Washington legislature is only about a decade late in getting around to this; they should have moved their insurance laws up from the kiddie table to the adult table a long time ago, and have been nothing short of negligent in this regard when it comes to looking out for Washington’s businesses that need or already have captive arrangements.

Here, it might be considered that Washington’s 2% premium tax isn’t that bad, since some other states have premium taxes of 3% and upwards. The thing is that some states, most notably California, where there seems to be a Starbucks store every hundred yards, are terrible about trying to collect their premium taxes and so they largely go uncollected. So, by trying to get taxes apportioned among the states, as opposed to simply paying where the company is headquartered, a company has a chance to dodge a pretty good chunk of change.

Another thing that is interesting about this dispute is that Starbucks was paying a lot of money for terrorism coverage. Terrorism? For a chain of coffee shops? This part of Starbucks’ insurance coverage carries not just the slight scent that maybe Starbucks was maybe using the captive in part as a tax shelter for income, not to dissimilar to the Avrahami case where a small chain of jewelry stores in Arizona was purchasing huge amounts of terrorism coverage although the actual risk of their actually losing money to a terrorism event was somewhere in the general neighborhood of the extinction asteroid hitting the Earth. Certainly, some amount of terrorism cover is appropriate for a company like Starbucks, but if you see them loading up on it, well . . . maybe the tax savings are driving the insurance and not vice versa.

That’s another thing about companies with captives that squabble with state insurance commissioners: They end up airing their dirty laundry in a public way that could red-flag the IRS to start looking at potentially bigger issues, a definite penny-wise and pound-foolish approach. Anyway, Starbuck’s filing is just the beginning of proceedings in Washington, and we will have to wait to see what happens when this litigation really gets rolling. Stay tuned.

As an aside, I used to enjoy going to Starbucks back then they had big, fresh, enjoyable pastries — such a giant cinnamon rolls and big muffins. Then, one day, Starbucks cut back the size and quality of their pastries to where they are now, i.e., something small and stale that you would expect to get in a plastic bag while seated in coach on United Airlines (yeah, just that bad). Why they changed, who knows: Probably some accountant told them that they could make just as much money selling pastries that were half the size of previous and not so fresh. The point being that my Starbucks card went forever unfilled and unused after that.

“Dear Starbucks: Pay the 2% you owe to Washington, dump the crappy pastries you have now, and bring back the giant fresh cinnamon rolls!“

The Starbucks’ demand for hearing is below: