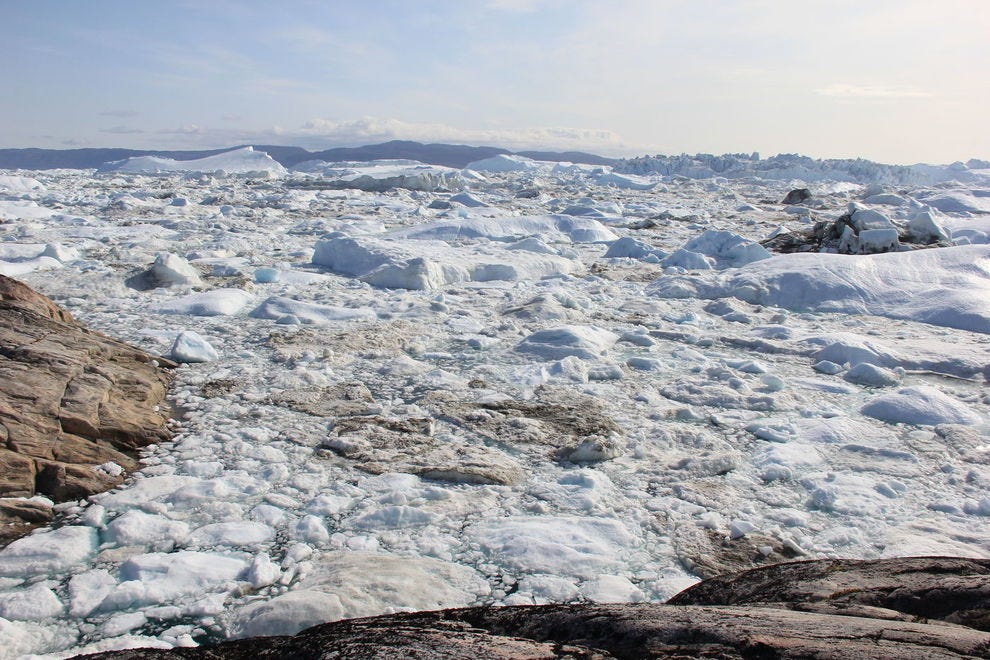 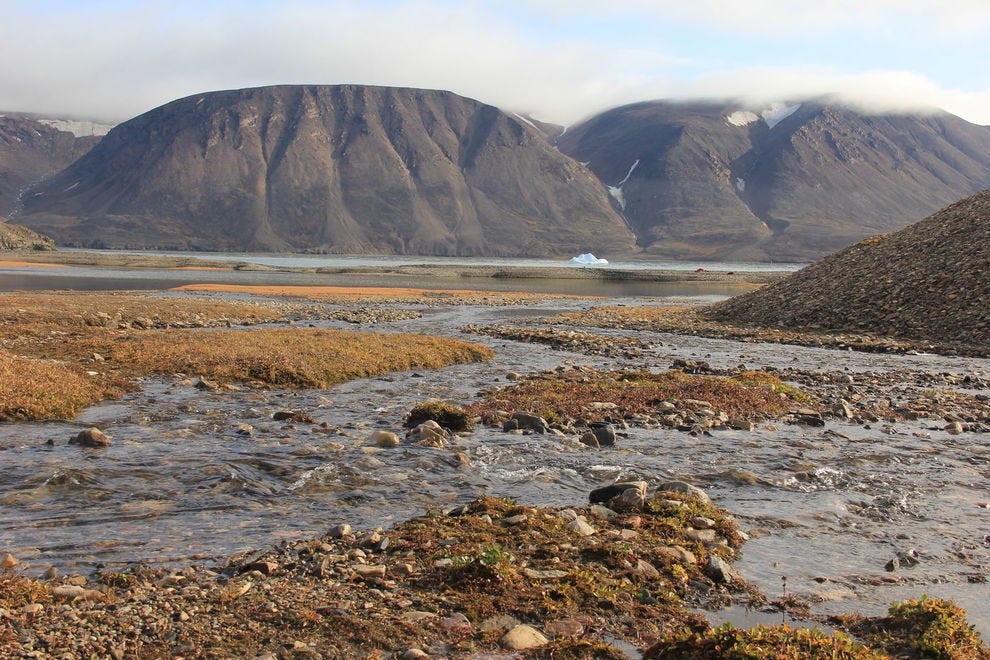 In the year 1845, the two English ships HMS Erebus and HMS Terror set sail from Greenland, eager to forge through the northernmost reaches of the Americas, traversing a route that had eluded explorers for years: The Northwest Passage. Long before reaching their final destination, every one of the 129 men aboard the two ships would be dead.

It was the search for a shorter maritime route between Europe and Asia that led these men to their painful and drawn-out deaths, but the treacherous sea ice that had impeded their passage is now growing scant.

As climate change ushers in a warmer Arctic Circle, the opportunity for Arctic tourism grows increasingly more feasible. However, visitors to the Arctic will experience a landscape in transition, as the inhabitants of the region must adapt to thrive in their changing world.

While many natural phenomena suffer from the effects of global climate change, one particularly striking loss has been Arctic ice melt. As global temperatures increase, the Arctic region is warming by more than twice the rate of the rest of the Earth, spurring a new breed of tourism into the Arctic: last chance tourism.

These tourists attempt to see natural phenomena before they’ve disappeared completely, and recent developments, including the complete disappearance of Iceland’s Okjökull, have turned a spotlight towards the north.

Particular destinations, such as Jakobshavn Glacier in western Greenland, may be high on their list. Located in Ilulissat Icefjord, a UNESCO World Heritage site, the glacier has experienced major thinning over the past two decades.

While recent cyclical changes in Atlantic currents have pumped cold water into the Greenlandic coast, spurring slight growth in the glacier, climate scientists fear that it will experience unprecedented thinning once currents change again. 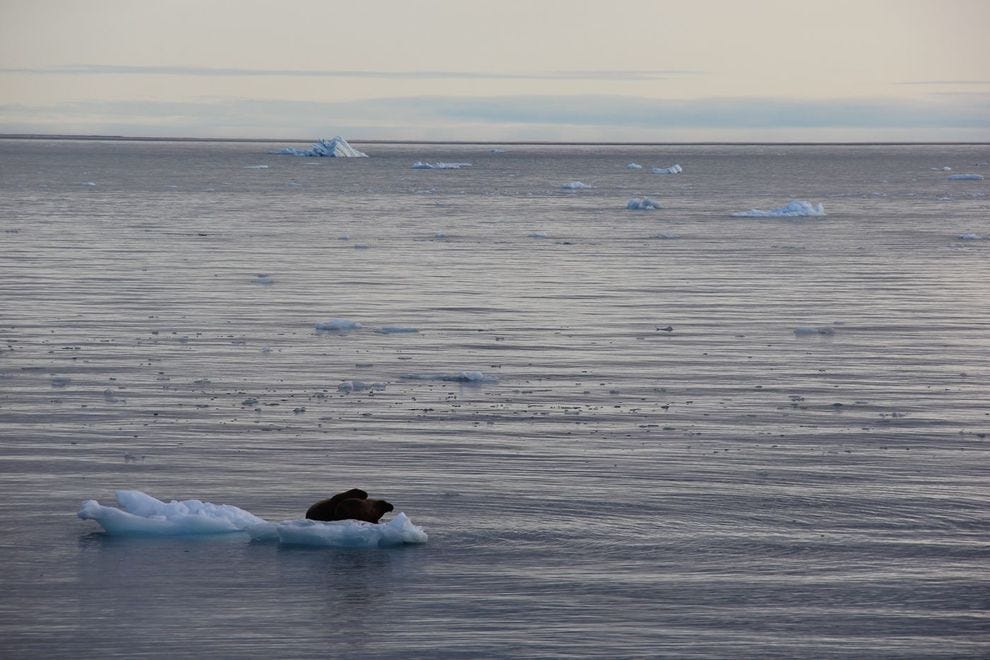 Visitors interested in wildlife spotting face uncertainty, as species are forced to adapt to new challenges posed by warmer temperatures. One creature at risk is the mighty polar bear.

This apex predator is particularly vulnerable in the face of climate change, as they rely on plentiful floes of sea ice to hunt seals. Though the plight of the polar bear receives massive amounts of press, Ursus maritimus does not suffer alone.

The lemming, a hamster-like rodent, depends on snow cover to hide from danger. Shorter winters mean less snow, leaving them exposed to predators. The arctic fox faces stiff competition and even predation from their relatives, the red fox, a species that has been migrating further north as the extreme cold abates.

As the landscape changes, visitors may need to prepare for changes in migration patterns, population numbers, breeding seasons, or even new species moving into warming areas. 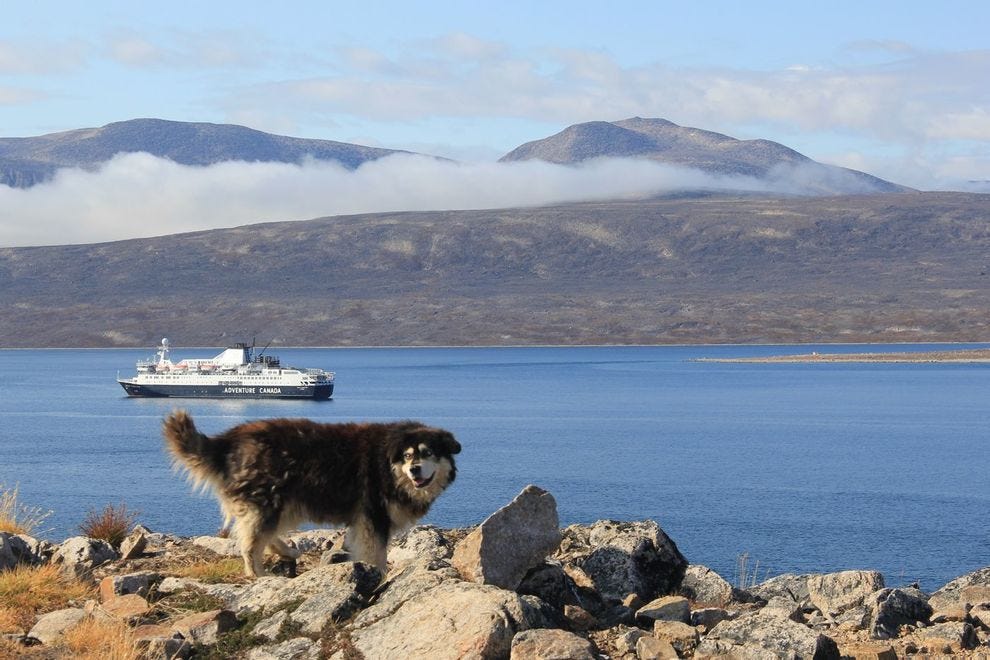 Ralph, a citizen of the small Nunavut town of Qikiqtarjuaq, enjoying a beautiful summer day — Photo courtesy of Jared Ranahan

Long before European explorers dreamed of crossing the Northwest Passage, countless generations of Inuit thrived across the region, crafting a complex culture tied closely to the land around them. Today, Inuit communities face treacherous conditions brought on by climate change. The harsh Arctic climate renders farming impossible, meaning that communities across the Arctic must hunt and fish for their animal protein.

Factors directly linked to a warming Arctic Circle such as shorter winters and interrupted migration patterns for wildlife make food more difficult to procure, and loss of permafrost throughout the region may cause unprecedented amounts of erosion across their land.

As communities grapple with these mounting issues, the potential for increased Arctic tourism adds further complications. Visitors to the region have the potential for positive impact – purchases they make are incorporated into the local economy, but constant droves of tourists run the risk of overwhelming the infrastructure of these small communities. 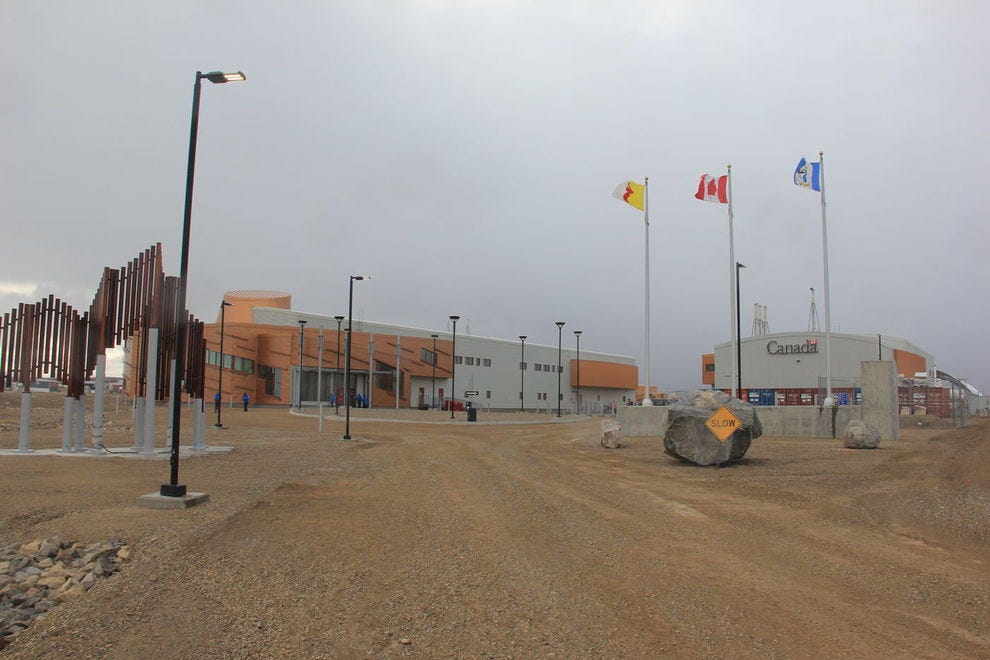 Ultimately, tourism within the Arctic is a complicated beast. The ethically-driven tourist walks a razor’s edge; experience the cultural, biological and physical phenomena of the region but create as little negative impact as possible.

Though massive cruise ships have penetrated the passage in the past, the impact on the region cannot be ignored. These ships leave a colossal carbon footprint, while the looming mast of the ship may frighten wild animals, robbing them of precious calories that carry them through harsh Arctic winters.

A wise decision for potential tourists would be to identify tour companies with a serious commitment to sustainability. One particularly dedicated organization is Adventure Canada, equipped with thirty years of experience in operating small-ship cruises.

Their Arctic vessel holds fewer than 200 passengers, allowing it to enter remote fjords that a traditional cruise liner would struggle to access. The operators exercise utmost caution about respecting the delicate ecosystems of the Arctic, keeping a safe distance from wildlife to ensure they aren’t spooked by the ship’s presence.

The ship’s staff is composed largely of academics, with naturalists, geologists, archaeologists, Inuit culturalists and Indigenous rights activists engaging passengers in daily seminars to broaden their understanding of the region.

As the Arctic undergoes this monumental change, there’s little doubt that tourism will increase. For those who make the decision to explore this rugged region, we suggest researching sustainable travel options before booking any trips.