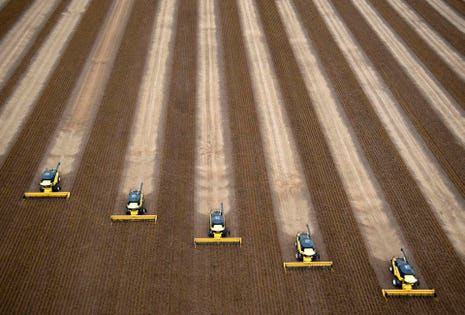 Topline:  China is to waive tariffs on some U.S. soybeans and pork imports as the world’s two biggest economies worked on an interim deal to end the 17-month-long trade war.

Key background: China’s tariffs on soybeans, the U.S.’ most valuable farming export, have resulted in U.S. sales to China falling 90% since 2017. As a result, the Trump administration has forked out some $28 billion in aid to American farmers hit by the sales drop. It has also pressed China to raise its imports of soybeans from U.S. as a goodwill gesture in anticipation of a trade deal.

China has moved to increase imports of soybeans from Argentina and Brazil to lessen its reliance on the U.S. but a an outbreak of African swine fever may have forced Beijing’s hand on pork imports. Hundreds of millions of pigs have been culled, or died, from the disease in China sending domestic pork prices through the roof.

Additional fact: China is the world’s largest importer of soybeans, bringing in tens of million on tonnes each year.