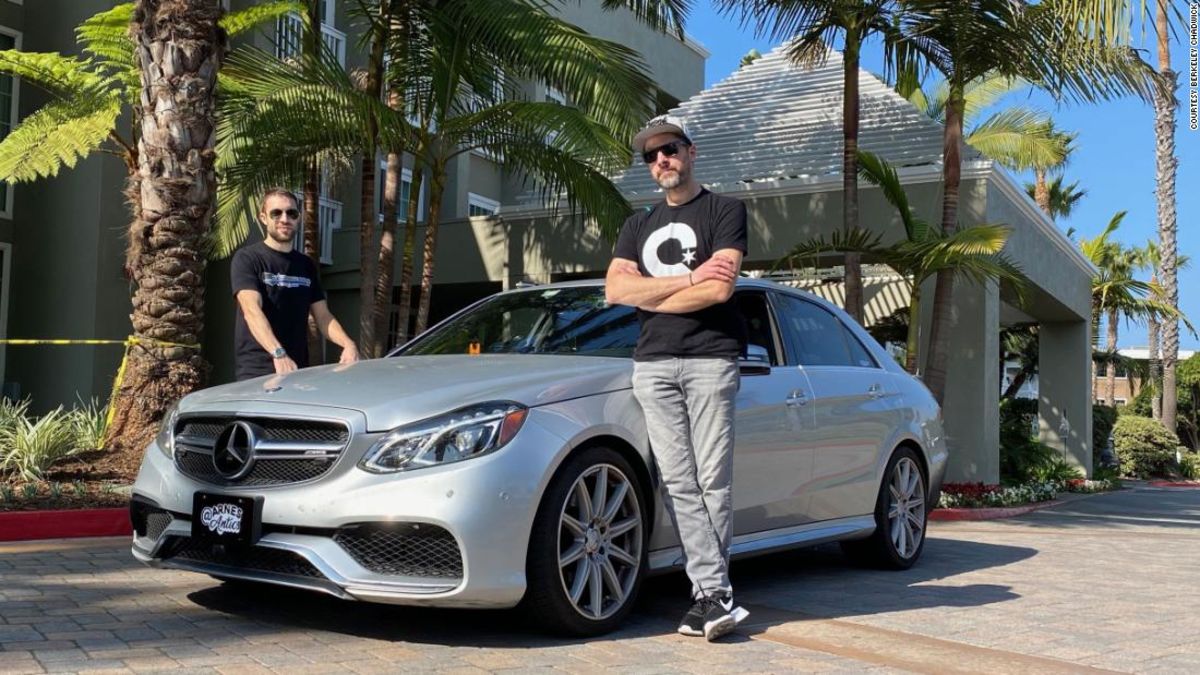 (CNN) — In a feat of engineering, human will and blatant disregard of speed limits, three men claim that they broke the record for the “Cannonball Run,” a cross-country drive from New York to Los Angeles.

Arne Toman, Douglas Tabbutt and Berkeley Chadwick say they started their drive on November 11 at 12:57 a.m. at the Red Ball Garage in Manhattan and ended at the Portofino hotel in Redondo Beach in 27 hours and 25 minutes, beating the previous record of 28 hours and 50 minutes.

A picture of the data from the trip from New York to Los Angeles.

“Holding the ‘Cannonball’ record is a lifelong dream of mine,” Toman, one of the drivers, told CNN. “I have no intentions of trying to do it again. We had perfect weather, traffic, no construction, etc. I don’t think you could recreate that or the good luck we had without having police interactions.”

Road & Track first reported the accomplishment in the unofficial and illicit event.

The trio claims their average speed was 103 miles per hour, and the highest was 193.

They drove in a “heavily prepared” Mercedes-Benz E63 AMG. Upgrades to the exhaust and the engine’s two turbochargers produced more than 800 horsepower, a press release said.

It took “every navigational aid and police counter-measure known to man” and almost 20 different scouts to avoid police interference, they said. Technology included Waze, radar detectors, a CB radio, binoculars and an airplane detection system. They had no interactions with police during the drive, Toman said.

Ed Bolian, who was part of a three-person team in 2013 that set the last record, said he was excited that people in their community of car lovers were the ones to break their mark.

“You know, it meant so much to me to join this community, and I really don’t need to hold it forever and didn’t expect to do so,” Bolian said.

Toman told CNN he attributed the team’s success to their experience with cross-country drives and that they operated with “military precision.” He also said it’s important not to upset other motorists so they don’t call the police.

The Mercedes-Benz after they completed the driive in Redondo Beach.

“Doug handled all of the planning and I handled the building of the car, which doesn’t normally happen,” said Toman. “It was a team effort as we both have dreamt of one day holding the record. Normally it’s just one person’s passion who has to handle everything and then has to go out and convince someone to come with.”

One person is focused on the actual driving, while two others are feeding the driver information. Toman said they did their best to not scare or affect other drivers during their pursuit.

Erwin George “Cannonball” Baker was the original driver of the Cannonball Run, according to the press release. Baker’s best coast-to-coast time was 53.5 hours in 1933.

Evan Simko-Bednarksi contributed to this report.