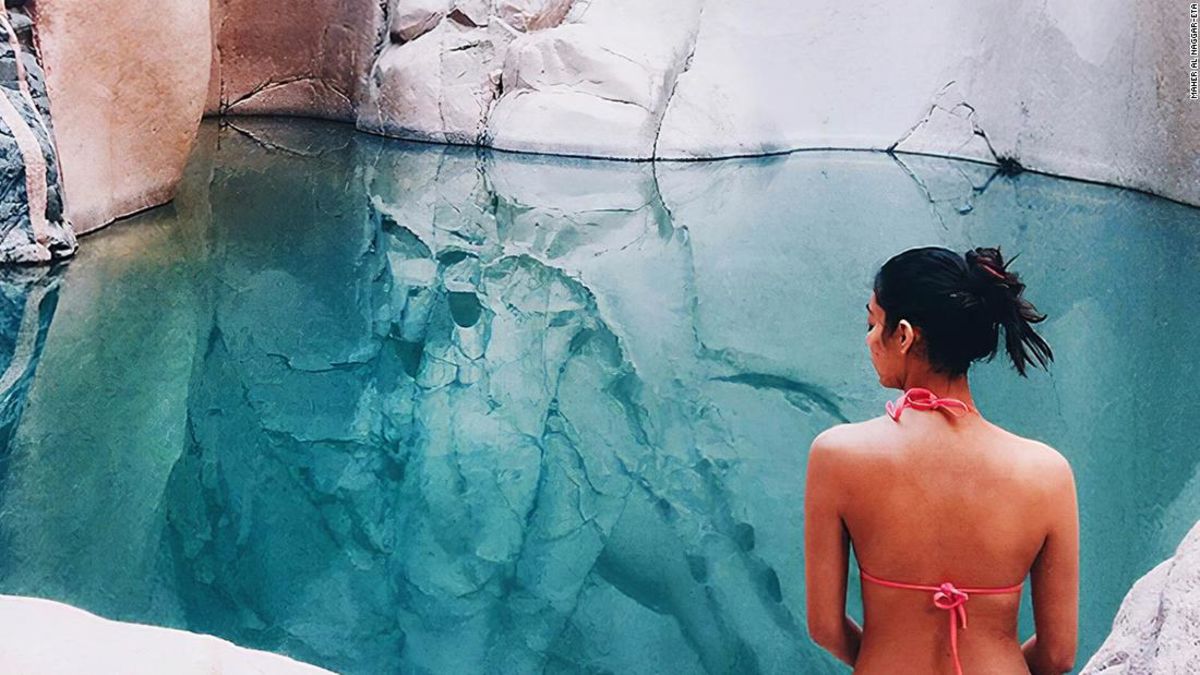 But Egypt is also blessed with a liquid bounty. Ancients called it the gift of the Nile. But it’s much more than just that mighty river. Flanked by the Mediterranean on the north and the Red Sea in the east, Egypt also boasts one of the longest coastlines in Africa and the Middle East.

Together the river and seas provide almost unlimited scope for things to do on the water, outdoor recreation that stretches all the way from sailing on the Nile and taking a dip in a cool oasis pool to adrenalin-packed aquatic sports and marine wildlife safaris.

Since the 1950s, when underwater legends Jacques Cousteau and Hans Haas discovered the riches that lie offshore, Egypt has been considered one of the top destinations on the planet to scuba and snorkel.

A combination of high temperatures and harsh environment keep people from living along much of the shoreline. As a result, there’s never been industry or agriculture to foul its pristine ocean waters. Egypt’s coral reefs and marine animals have thrived for millennia, and continue to do so.

“Whilst other popular diving destinations worldwide are suffering from the effects of climate change and marine pollution, the Egyptian reefs remain generally healthy,” says Ornella Ditel, a PADI Rescue Diver and one of the managers of Camel Dive Club & Hotel in Sharm El Sheikh.

“With this incredible biodiversity and dive sites’ availability from famous wrecks to drop offs and reefs there’s something for everyone — whether you’re interested in bucket list wrecks, megafauna or macro species, whether you’re a certified avid diver, a novice or a total beginner of any age.”

The Red Sea alone support more than 220 species of hard and soft coral, forming an ecosystem that offers both food and shelter to more than 1,100 species of fish, almost a fifth of them endemic species found only in local waters.

Read on to discover a dozen different ways to dive into aquatic Egypt.

Egypt is often voted as one of the world’s best scuba and snorkel destinations.

“From Sinai down to the borders of Sudan there are endless diving adventures in the Red Sea,” says Dive Magazine, listing Egypt as No. 6 on its list of the world’s top 10 scuba destinations.

In addition to pristine coral reefs and large marine animals, divers can explore wrecks like the SS Thistlegorm (sunk by German bombers during World War II) in the Red Sea and ancient underwater ruins in the Mediterranean near Alexandria.

Sharm el Sheikh and Hurghada have been popular destinations since the 1980s when the first waterfront resorts took shape. But newbies like Marsa Alam, Dahab and El Gouna are gaining favor with both domestic and international beachgoers.

The rarely-seen Indian Ocean dugong is among the large animals to swim with in Egypt.

The Red Sea is Africa’s underwater equivalent of the Serengeti, a place renowned for both the quality and quantity of its wildlife.

Sharks, dolphins, sea turtles, manta rays, and the rarely-seen Indian Ocean dugong are among the large animals that complement the thousand-plus fish species that frequent the sea.

While diving is probably the best way to experience marine critters, is possible to view much of the wildlife via snorkeling, glass-bottom boats and sightseeing submarines.

Like elsewhere around the planet, Egypt’s waterparks offer a fun-filled alternative to a sandy day at the beach.

But Sharm el Sheikh and Marsa Alam boast their own versions.

From fancy motor yachts in Hurghada to speed boats in Sharm el Sheikh to a glass-bottom boat in Marsa Alam, Egypt offers plenty in the way of boating.

Egyptboats provides a range of different boating tours from a two-hour snorkel trip to a 24-hour safari by private charter boat.

Dahab is the holy grail of the Egyptian windsurfing.

Located about an hour’s drive north of Sharm el Sheikh along the Gulf of Aqaba, Dahab is the holy grail of Egyptian windsurfing.

The conditions are almost ideal: more than 300 windy days per year including many that that blow a mighty four on the Beaufort Scale.

Make like an ancient Egyptian and paddle the River Nile. Not in a reed boat, mind you, but a modern kayak.

Nile Kayak Club offers short paddles in Cairo as well as five-day guided kayak expeditions down the river between Aswan and Luxor.

Other kayaking outfitters offer guided fishing and bird-watching trips, as well as paddling along the Nile in Luxor.

Far away from the river and seas, Egypt’s oases offer a totally different water experience — a chance to take the edge off the intense desert heat by relaxing in a cool swimming hole. The most famous of these is the legendary Cleopatra’s Pool at Siwa Oasis in the Western Desert.

Cleopatra never made it out this far, but there’s a reasonable chance that Alexander the Great may have taken a dip at Siwa during his trip to visit the oracle.

Among other places to get wet in the desert are Wadi el Weshwash in the Sinai and Wadi el Rayan in the Fayoum.

For those who don’t fancy diving into the sea themselves, submarines are a great way to see the views underwater.

Why bother getting wet — and crawling into a cumbersome breathing apparatus — when you can view the underwater wonders of the Red Sea in a bright yellow submarine?

Panorama Submarines in Hurghada offers two- and three-hour voyages in a 75-meter (250-foot) semi-submersible vessel with panoramic windows that dives up to 22 meters (72 feet) beneath the surface.
Royal Seascope offers a similar voyage to the bottom of the sea from Sharm el Sheikh.

Although there are several places with favorable conditions, Hurghada and nearby El Gouna are the hotspots for kitesurfing along the Egypt coast.

With steady 20 knot winds blowing in off the desert mountains and funneled up the Red Sea, the season runs March to November, with a peak in the autumn when the gusts can reach 3-35 knots.

The Hurghada-El Gouna area offers a number of kite schools, kite rental places, and hotels that cater to kitesurfers.

Sailing on the Nile

Egypt’s ubiquitous feluccas have been around for at least 2,000 years, since Roman times when their trademark lateen (triangular) sail was first developed.

In days past they were used primarily for cargo and fishing. But nowadays the vast majority of feluccas ply the tourist trade.

Cruises range from day sails amid the islands at Aswan and a simple ferry across the river at Luxor to gourmet lunch on the water in Cairo and multiday voyages down the Nile during which passengers sleep on the wooden decks.

“Build it and they will come” applies to far more than baseball. Wakeboarding wasn’t even on the radar in Egypt until Sliders Cable Park opened amid the artificial lakes and islands of El Gouna in 2014.

Since then it’s become a winter training ground for pro wakeboarders and an annual stop on the IWWF wakeboard grand prix circuit.