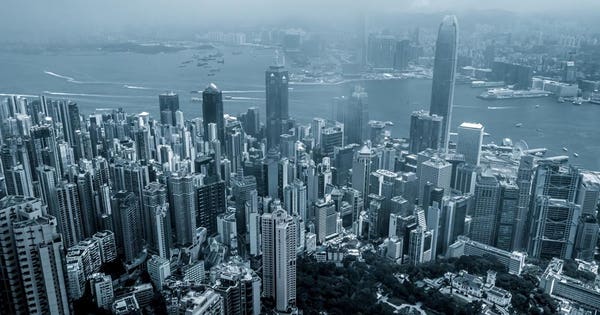 China Feihe, one of China’s largest powdered milk producers, has become the latest business from the country to move a listing from a U.S. stock exchange back home. The switch added yet another entrepreneur to China’s billionaire ranks.

Many of the current assets of China Feihe went public at the New York Stock Exchange in 2008 under the name American Dairy, even though the company at the time has virtually no business there. The business was privatized in 2013 after a merger with its parent company. China Feihe, a reorganized entity, listed at the Hong Kong Stock Exchange on Nov. 13.

The switch to Hong Kong paid off for chairman and CEO Leng Youbin. At today’s closing price of HK$7.54, Leng’s holdings in the business were worth $3.8 billion, and Feihe’s market cap was the equivalent of $8.6 billion.

Feihe joins Chinese billionaire founders from Focus Media, Qihoo 360, Shenzhen Mindray and Giant Interactive in moving a flagship listing from the U.S. back to a China exchange in recent years. Feihe’s switch came just before China’s e-commerce heavyweight Alibaba, whose New York IPO in 2014 set a record $25 billion, arranged a secondary offering in Hong Kong that raised more than $13 billion in late November, underscoring the appeal of a listing close to the country’s own consumers and investors.

Feihe’s Hong Kong listing didn’t come without a bump. Beijing-headquartered Feihe’s shares were halted on Nov. 22 from trading on the Hong Kong Stock Exchange after its financials were questioned, leading to a decline in its stock price to HK$6.26 Feihe said the allegations were groundless or untrue  (link here), trade resumed on Nov. 25, and the stock recovered.

U.S. listings have continued to be a mixed bag for issuers and stock investors this year. Luckin Coffee, a China rival to Starbucks (see story here), and GSX, an education provider, have gained; media company 36Kr has declined. Tech and education companies from China remain interested in listing in the U.S., says Kevin Wang, founder of Shanghai-headquartered Envision Capital. (See related story here.)

China Feihe sold 893 million shares in its IPO, raising about HK$6.7 billion. Some 40% of the funds will be used for the repayment of offshore debts, 20% will be used for potential merger and acquisitions, according to the company’s prospectus. The company is currently building a factory in Canada looking to expand its overseas business.

Feihe’s revenue in 2018 was 10.4 billion yuan, or $ 1.5 billion; net profit was 2.2 billion yuan, or $317 million. The company ranked first among domestic infant milk formula companies with a market share of 15.6% in terms of 2018 retail sales value, according to a report by Forrest & Sullivan. Feihe mostly sells its products to a network of 1,228 distributors and 668 retailers with over 109,000 points of sale nationwide as of June 30, according to the company prospectus. Feihe has a nearly 60-year history. Hongguang Dairy Plant, the predecessor of Feihe, was founded as a state-owned enterprise in 1962. The Feihe brand was officially registered in 1984.

China’s food and beverage industry was a notable source of wealth for members of the 2019 Forbes China Rich List unveiled in November. (See list overview here.) The country is home to the world’s second-largest group of billionaires after the United States, a group likely to continue to expand owing to favorable economic growth prospects and rising consumer spending (see article here).