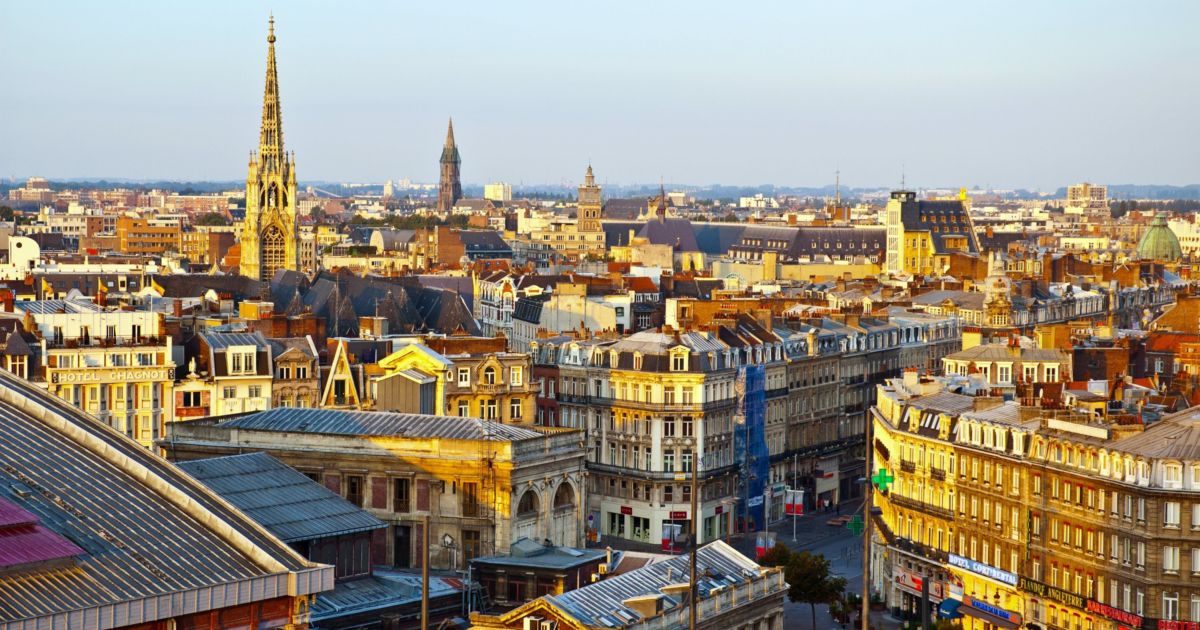 Beat the crowds and save some money this year by visiting altogether different (yet still amazing) cities.

Second-city travel refers to cities in a country that don’t come to mind when first planning a vacation. For example, when going to Thailand, tourists typically book a trip in Bangkok, instead of Chiang Mai, a city in northern Thailand. This trend has Americans dodging major cities for their smaller, alluring counterparts that offer lower price tags, fewer crowds (so long, traffic!) and a truly authentic experience.

Second cities are not necessarily the second most-populated city in a country – when speaking about the trend in the travel sense, it means any city that might not be the first choice for tourists. So what could be better than a more authentic experience at a more affordable price? Here are seven second-city destinations to consider.

1. Lille instead of Paris, France

Paris is a romantic city that foreigners swoon over and for good reason; however, France has countless cities that are more affordable and just as lovely. So skip the hustle and bustle of Paris and travel an hour north to the town of Lille, a cultural hub that sits on the crossroads of Paris, London and Brussels. Don’t worry, the croissants are just as good!

Lille has been named a World Design Capital for the year 2020 and is a mecca for not only design, but also a robust food scene, museums and art fairs galore and beautiful modern architecture. With more affordable prices, your hotel stay can get an upgrade to chic Parisian style at MAMA Shelter Lille – a new boutique hotel with a welcoming vibe and a quirky design made for comfort. Plus, just a few steps from the hotel are two major train stations, making it a convenient option for exploring too!

2. Lafayette instead of New Orleans, Louisiana

Less than three hours from New Orleans, Lafayette has been dubbed the “Austin” of Louisiana and the true heart of Cajun culture. Food is the heart of Louisiana and music is the soul – and there’s an abundance of both in this charming Cajun town. With fresh seafood, jambalaya, crawfish and gumbos, no wonder this town has been dubbed the “Happiest City in America.” Anthony Bourdain even visited once, enough said.

If you’re coming to party Cajun style, Lafayette has that too. Home to Grammy-winning Cajun musicians, an epic Mardi Gras celebration and famed music halls – you really can’t go wrong with this second city. Plus, lodging is inexpensive with hotels under $100. Now you’ll have more cash for all the mouth-watering restaurants. Bring on the po’boys!

New York City is one metropolis that everyone must visit at least once in a lifetime to experience the glorious city that never sleeps. But what about the rest of The Empire State? The Catskills are a three-hour drive from the Big Apple and offer a peek into the great countryside of New York.

Tucked away upstate lays the town of Windham, now a popular ski destination and all-year escape. This area offers a small-town vibe with inviting locals, every outdoor sport you can imagine, local cuisine and quaint hotels worthy of your next Instagram post. Check out the Eastwind Hotel – this cozy, chic hideaway has Lushna cabins (A-frame wooden structures) as well as a wood-barrel sauna and fire pit for après-ski delights.

4. Eilat instead of Tel Aviv, Israel

If the crowds in Tel Aviv and Jerusalem are not appealing to you, consider the less-traveled city of Eilat as an exciting Israeli adventurer’s paradise. Located on the southern tip of the country, Eilat offers a sunny oasis on the Red Sea with stunning beaches and jaw-dropping coral reefs.

Whether you want to hike the desert mountains, relax beachside or snorkel in its remarkable Coral Reef Nature Reserve, this resort town has it all. Hikers can trek the Eilat Mountains Nature Reserve, which offers some of the most breathtaking views and spectacular desert routes in all of Israel. And now it’s easy to get to, in January 2019, Israel opened the Ramon International Airport, which is a 20-minute drive from the city.

5. Milwaukee instead of Chicago, Illinois

Situated two hours north of Chicago and located on the western shore of Lake Michigan, Milwaukee, is a lively urban Midwest city filled with approachable and affordable arts, culture and culinary experiences. And if you’re into beer, this city is for you. Wisconsin is the third-largest producer of beer in the US and Milwaukee is home to Miller Brewing, now MillerCoors, which offers a number of brewery tours and tasting experiences for travelers.

Milwaukee’s Historic Third Ward is a must-visit neighborhood that is considered the arts and fashion district – comparable to New York’s Brooklyn neighborhood, but without the crowds. Here you can find the Milwaukee Public Market, which features Wisconsin-made and must-try products like homemade chocolates and artisan cheeses. The Third Ward is also home to some of the best shopping and unique boutiques.

San Juan is most commonly known as the hub for Puerto Rico’s vibrant culture, but, guess what? This extends beyond the metro area and throughout the entire island. Puerto Rico’s second-largest city is Ponce, known as “La Perla del Sur” (Pearl of the South) due to its location in the southern region of the island.

With towns that maintain remnants of colonial life under Spanish rule, beautiful historic buildings and cultural attractions, Ponce is overflowing with rich history and culture. Immerse yourself in Ponce’s art scene at the Ponce Museum of Art – boasting over 4,500 European works of art. Or if you’re an explorer, take a ferry boat ride to Isla Caja de Muertos off the coast of Ponce, where you go hiking or simply relax in the turquoise water.

7. Spokane instead of Seattle, Washington

Skip Seattle and head straight to Spokane. Located in eastern Washington, Spokane has everything Seattle has (except the Space Needle, of course), but on a smaller scale. Unlike its counterpart, Spokane is affordable and sunny. Plus, the city has a symphony, shopping, great theater, an exciting culinary scene – with 21 wineries and 40 craft breweries – that can rival Seattle and all the urban entertainment you could ask for.

In addition to city culture and urban delights, Spokane is an outdoor recreation dream with five ski resorts and two state parks located right in Spokane. With 17 direct flights and over a hundred daily flights, it’s actually easy to get to Spokane. So what are you waiting for?