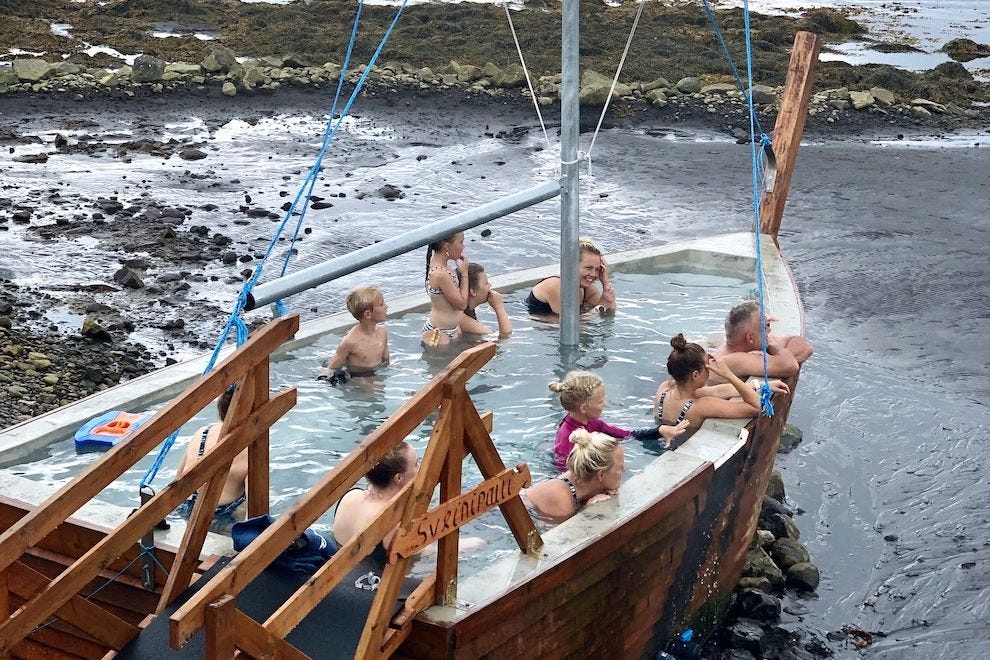 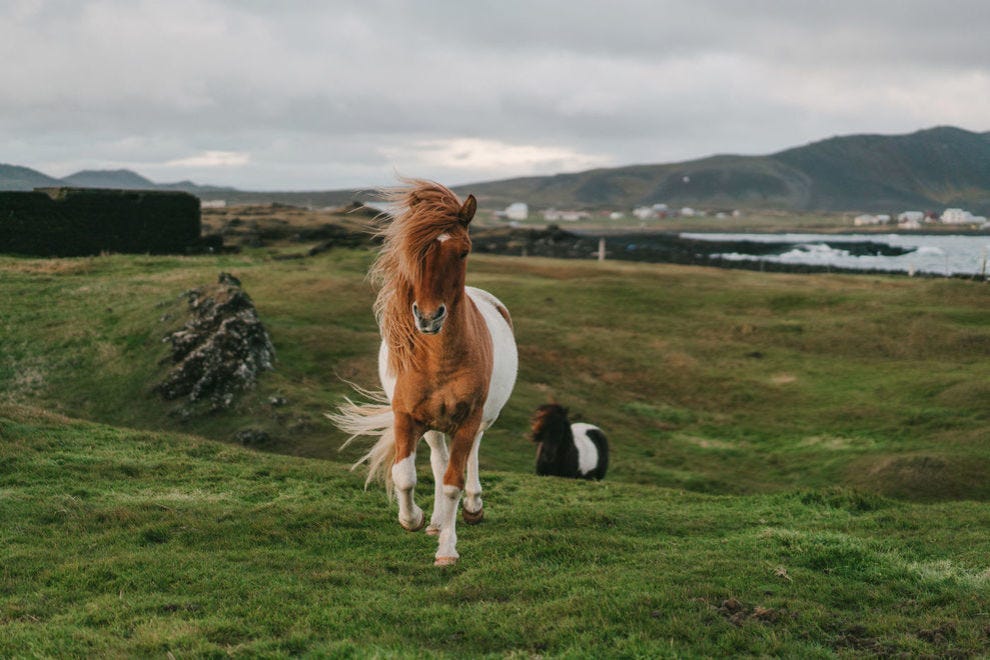 Not to put down the Blue Lagoon and Northern Lights, but there’s so much more to Iceland than the most popular attractions that you’ve drooled over on Instagram. In fact, it’s the barely-touched, pristine beauty that makes Iceland so appealing to begin with.

When visiting Iceland, we know you’ll still want to stop by the tourist hot spots, but you can add some local flavor and character to your trip by sprinkling in hidden gems along the way. Here are our 10 favorites.

Hot tubs on the beach | Hauganes

You know about swimming in Iceland’s geothermal waters, but the bravest travelers will head to the tiny fishing town of Hauganes. Locals hang out on the beach and take a “refreshing” dip in the Arctic Ocean (“refreshing” is Icelandic for “cold”).

In Hauganes, follow the signs to a cove lined with outdoor hot tubs. The prime soaking spot: in a hot tub that looks like a Viking ship, with views of the ocean. 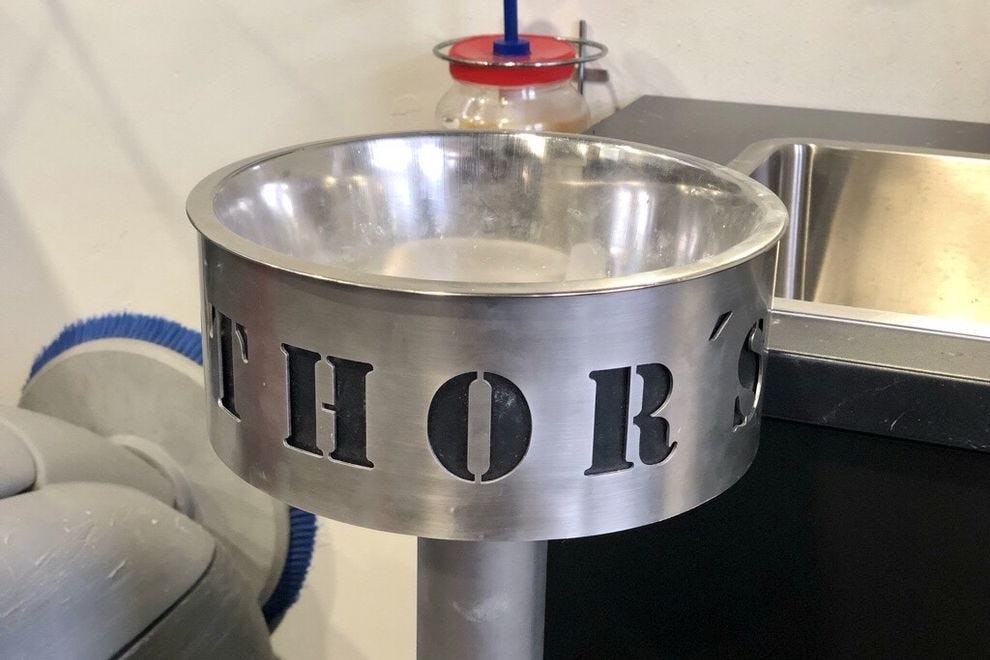 Want a challenge? Or want to at least witness one? When in Reykjavik, head to nearby Thor’s Power Gym in Kópavogur, the home gym of Strongman champion Hafþór Björnsson, a.k.a The Mountain from “The Game of Thrones.”

Anyone can drop in and work out among the world’s toughest athletes, with equipment like atlas stones, logs and yokes, plus famous challenges such as the Thomas Inch Dumbbell, which weighs 172 pounds and 9 ounces. After a sweat, pick up some gear or clothes in the shop.

“Thor” really trains here, often with his other buddies, and you can’t miss him. He’s 6’9. 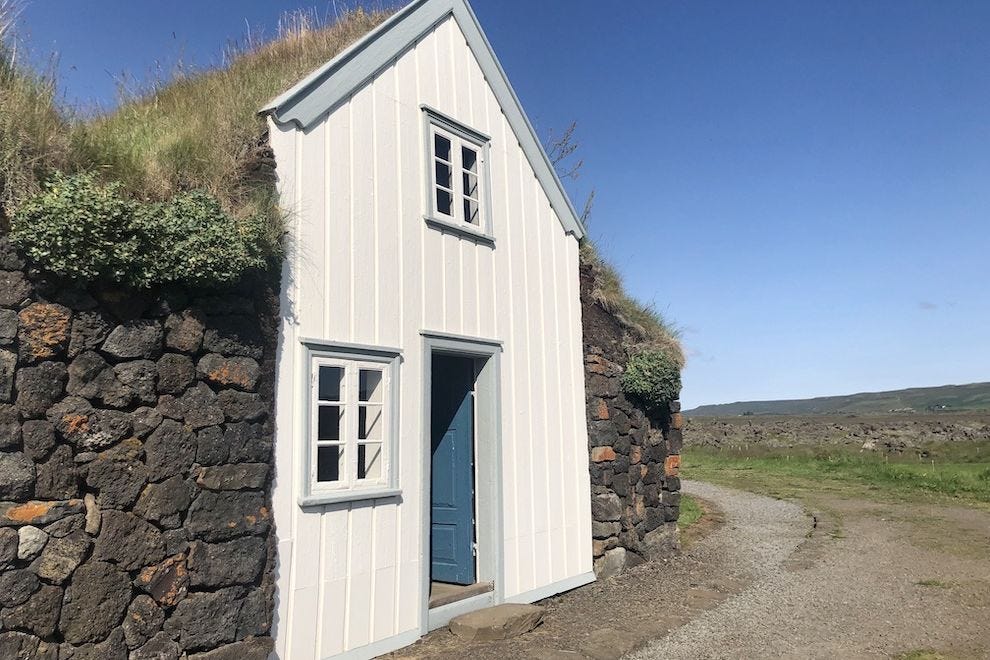 When in north Iceland, tour an ancient turf house at Grenjaðarstaður. This is one of the most famous and largest turf houses in the country, with grass growing on the rooftops and a ton of fascinating, historic artifacts inside. One room upstairs is said to be haunted.

After exploring the old way of life, visit the on-site church, say “halló” to the cows in the field and get some hot chocolate and a handmade scarf in the shop. 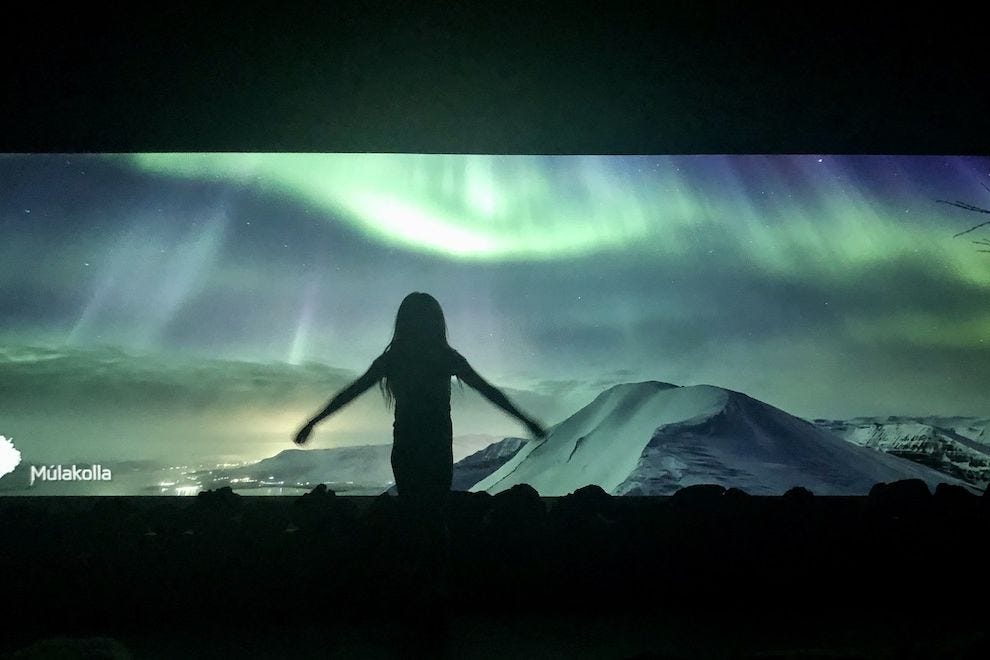 If you visit Iceland in the summer, you won’t get to see the Northern Lights. But you can still immerse yourself in them at Aurora Reykjavik: The Northern Lights Center. This interactive museum teaches you all about the lights, from the science to the folklore.

Your experience ends in a dark and cozy room with a large-screen projection of various Northern Lights photos. 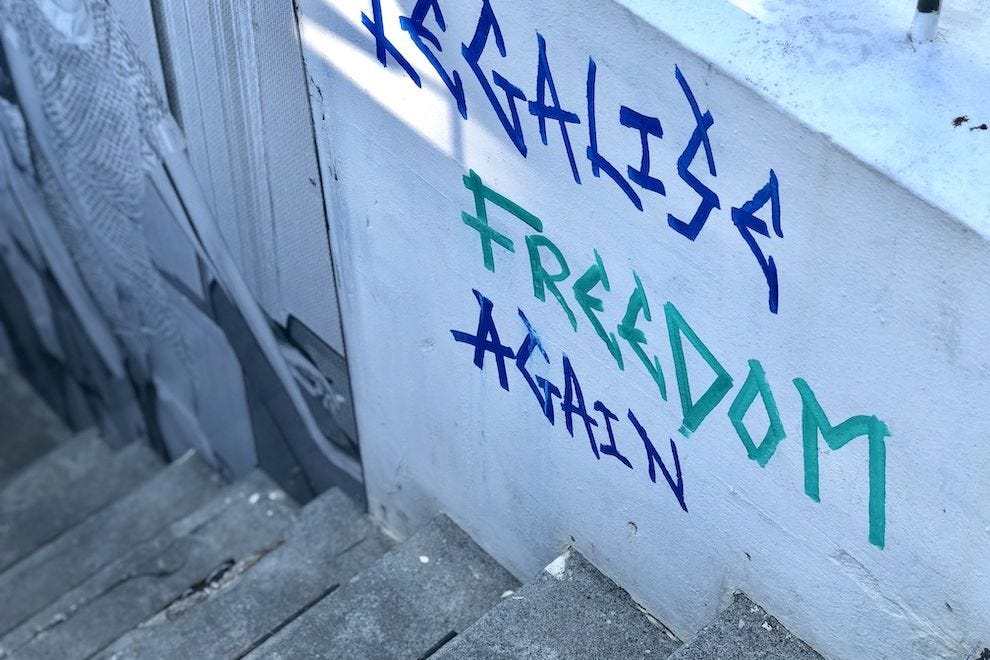 This small museum packs a huge attitude – and a tour through Iceland’s 80’s and 90’s punk music scene as told through posters, instruments, clothes and memorabilia displayed in repurposed bathroom stalls.

This quirky stop is located in the heart of Reykjavik, in the former public restrooms on the main street. Johnny Rotten opened the museum in 2016. 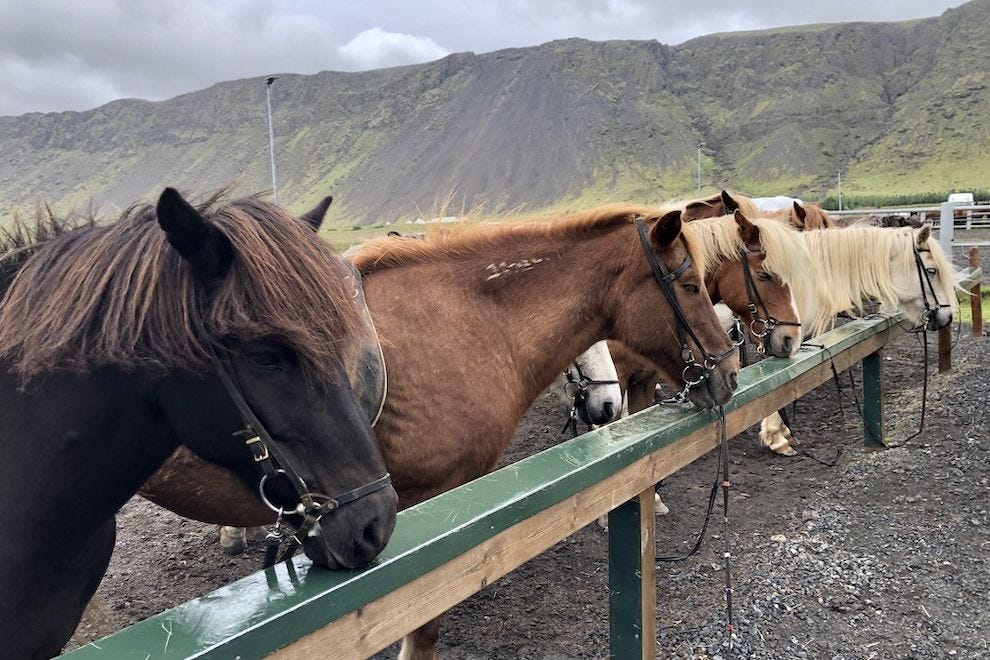 A unique way to explore the beauty of the Golden Circle is atop an Icelandic horse. These horses are small (but don’t call them ponies!), sure-footed and spirited.

Icelandic law prohibits other kinds of horses from entering the country to keep their bloodline pure; plus, they have few diseases – and two extra types of gaits: the tölt and Valhopp. Arrange a guided ride at the Solhestar Horse Ranch through Adventures By Disney, a family-friendly tour company. 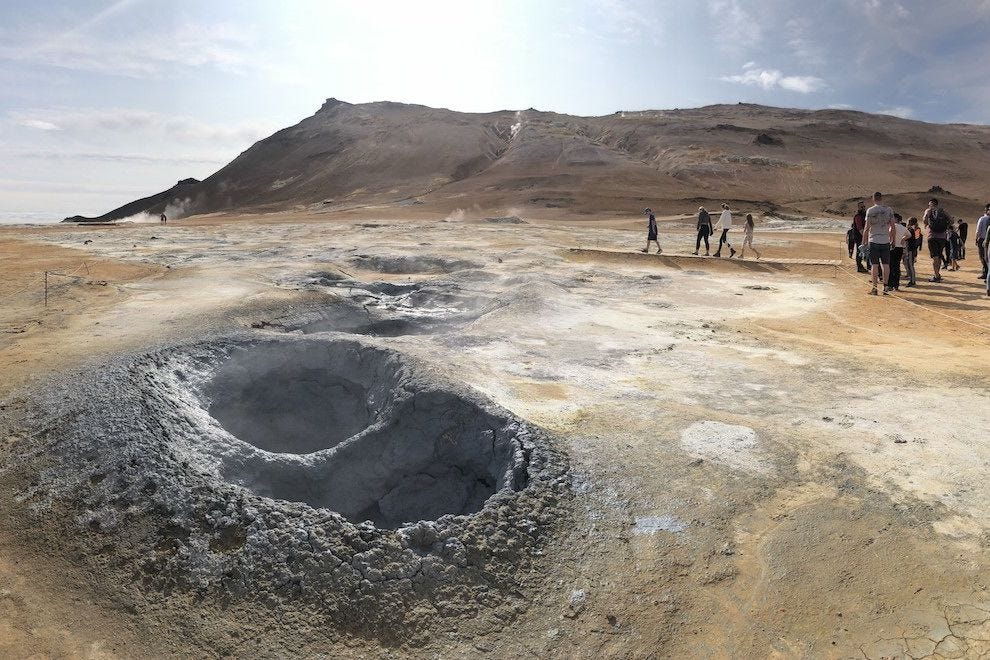 You’ve heard of the Golden Circle, but don’t miss the Diamond Circle, near Mývatn. It’s easy to drive past the nearly hidden Hverir wastelands, but worth a stop for a truly otherworldly adventure.

In this surreal wasteland, you’ll feel like you’re on another planet or at least the moon. Walk past boiling mudpots, steaming fumaroles and through clouds of stinky sulfuric gas. It’s peaceful, desolate, completely strange and perfectly Icelandic. 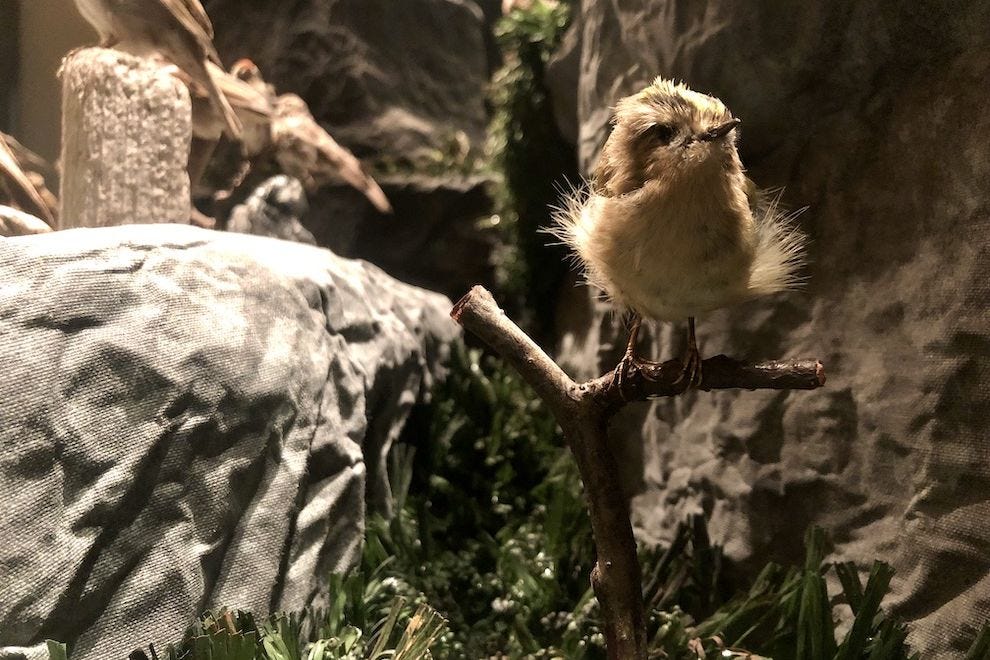 Don’t leave the Mývatn area without popping into the Bird Museum, the largest private bird collection in the country – and possibly the smallest natural museum in the world.

If you don’t see a puffin flying amid the cliffs or in the ocean, you can see one here, although it’s going to be taxidermy. Even if they’re not soaring, it’s still fun to learn all about Iceland’s feathered friends, stroll along the nearby lake and visit the farm Ytri-Neslönd. 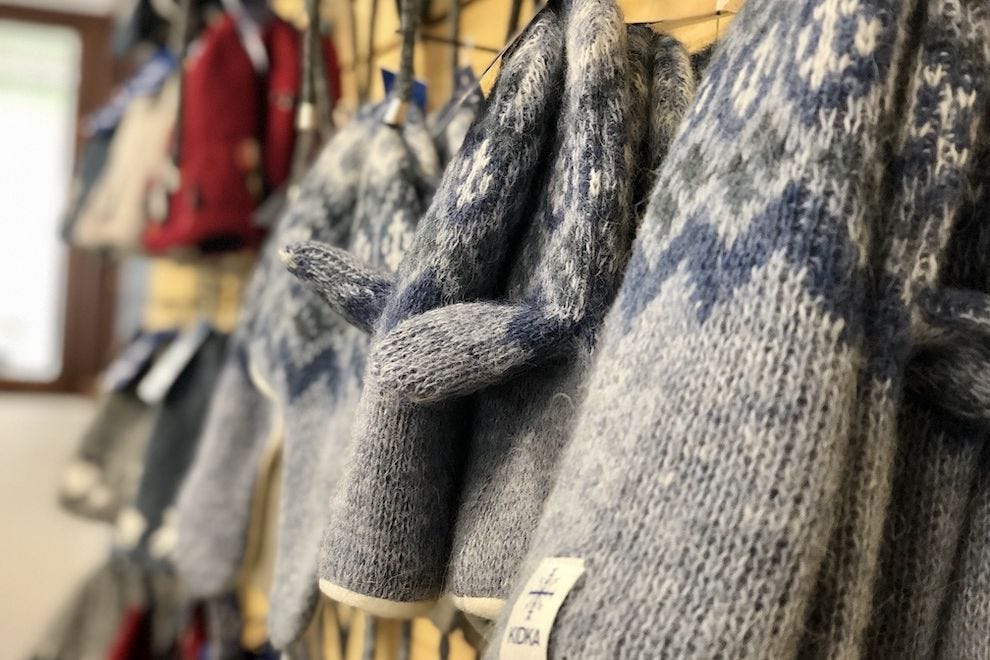 Iceland is known for its wool, and you can score big at Kidka, a working wool factory and shop. Take a tour behind the scenes and watch balls of fluff transform into blankets, sweaters and socks. Afterward, this is the best place to pick up a practical souvenir and gifts for home. 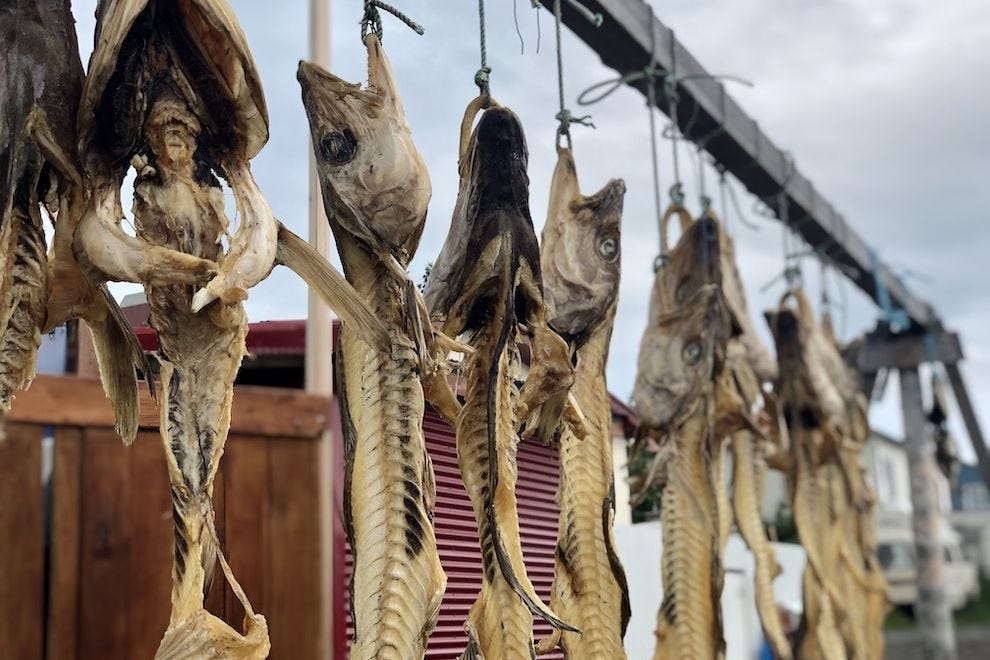 If you want authenticity, immerse yourself in the world of fishing. Take a tour of the Ektafiskur fishery, a working production facility in Hauganes, where you can learn and watch how they gut and prepare the fish that you might later eat at the Baccala Bar restaurant next door. Hand-prepared, salted cod is the specialty for this family-run business.