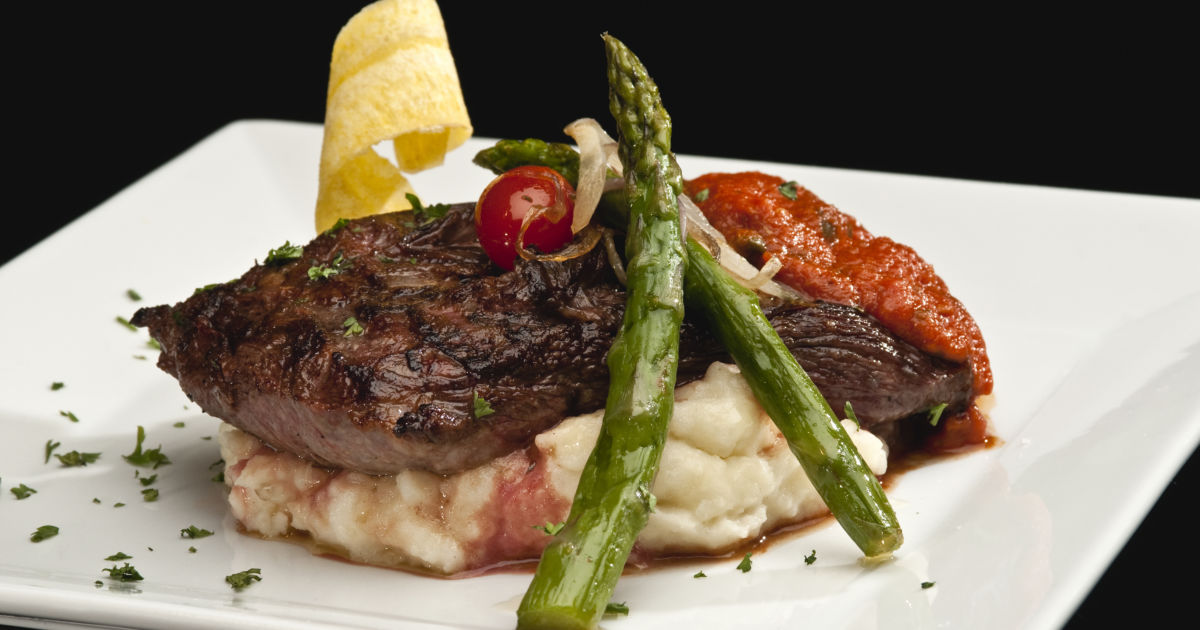 Come hungry and get cozy at these vintage meateries where it’s always prime time for steak.

Before most US cities could even build a steakhouse, the island of Manhattan was serving up some of the country’s most prime cuts. Their steaks were so good and service so sublime, several of those classic eateries remain in full swing today, serving up dry-aged perfection to discerning diners.

Then with the 20th century came a wave of steakhouses that mastered their own strips and styles, too. And while new beefy restaurants are always cropping up, there’s still a special, refined handful that have thrived over the decades, serving steaks that are simply a cut above the rest.

Deep in the Financial District is one of America’s great all-time restaurants. Delmonico’s opened its corner-lot doors in 1837, when Andrew Jackson was president and California was 14 years away from statehood. But for polished New Yorkers, the restaurant was an instant staple, becoming the first to use white tablecloths and printed menus. Today, diners can find themselves in the same timeless dining room where chandeliers and original artworks hang, and career servers cater to every wish.

Likewise, Delmonico’s menu remains classic, showcasing its divine Delmonico signature boneless rib-eye steak, prime New York strips, and on-the-bone beef dry aged up to 60 days. The menu reads like a culinary time capsule with dishes like brandied mushrooms and creamy Delmonico potatoes, with tempting modern specialties too. The restaurant also invented a few famous dishes – including baked Alaska, so be sure to leave room for dessert.

In terms of vintage restaurants, it may be one of the newer steakhouses. But Smith & Wollensky established its elite reputation as soon as it served the first prime rib back in 1977. Its iconic green-and-white building is parked on the corner of Third Avenue and East 49th Street in Midtown, where inside its wood-lined walls, diners choose from a succinct classic menu and seasonal specials.

The seafood is outstanding, but it’s the beef that built this cosmopolitan house. The classic, 26-ounce prime rib is the juicy go-to; though it’s rivaled by the Colorado rib steak and boneless or bone-in filet mignon, both seared to perfection. Sirloin, veal, lamb, and other steaks do indeed dazzle, just be sure to round out your meal with indulgent steakhouse sides like hash browns and creamed spinach.

Since 1868, Chelsea has been able to enjoy flavors of cattle country at the Old Homestead, where a cow sculpture hangs over the entrance as if marking an Old West eatery. The family-run restaurant has been turning out USDA prime for more than a century and a half, claiming to be “the King of Beef” in a city populated by steak lovers. Within its clubby dining room, you’ll find a robust menu of seafood, burgers, and tempting sides ­– and more importantly, a selection of expertly prepared chops and dry-aged steaks that span Japanese Wagyu, filet mignon, porterhouse, New York sirloin, and the mouth-watering, 24-ounce Gotham rib steak on the bone.

A stone’s throw from Grand Central Terminal is this legendary house of steak, where the old-school menu of chops, strips, and filets has endured since 1966. Spacious Sparks still draws a steady crowd, who pack in for memorable dining and suave service, plus a dose of NYC-mafia mystique. (A Gambino family mobster was shot outside the restaurant in 1985.) Above all, though, Sparks prepares an unrivaled, signature prime sirloin that’s considered one of the city’s best cuts.

For a mashup of timeless décor, service, and food, reserve your spot at Keens Steakhouse. Open since 1885, the Herald-Square restaurant is a throwback to the days of checking your pipe at the door – in this case, hand-carved, long-stemmed pipes that now line the ceiling. Though the mutton chop is the signature here, you’ll find a mighty assortment of seafood, serious prime steaks, plus the rarely seen, super-tender Chateaubriand-style steak for two.

It began as a speakeasy, but today, Gallaghers is one of Manhattan’s top steakhouses, with its always-stocked meat fridge visible from the sidewalk on West 52nd Street. The restaurant has sated Times Square’s theatergoers since 1927, and these days has a modern look and 21st-century menu, thanks to a mid-2010s renovation. Still, the legend lives on with Gallaghers’s unique hickory coal–grilled steaks, including a 12-hour slow-roasted prime rib, which you can call in advance to order.

Don’t be fooled by the understated entrance of Frankie & Johnnie’s. Just up a flight of stairs is an elegant dining room that’s one of the Theater District’s oldest and best. When the joint opened back in 1926, it was a speakeasy that hosted luminaries and mafioso outlaws, from Frank Sinatra to Bugsy Siegal. These days, it’s a go-to wonderland of seafood, pasta, old-school dishes like chicken livers and scampi – and flawless steaks. Bring a friend to share the tomahawk rib eye for two, or porterhouse for two or for three. If you’re catching a show, the three-course theatre menu is a daily bargain (except Sundays).