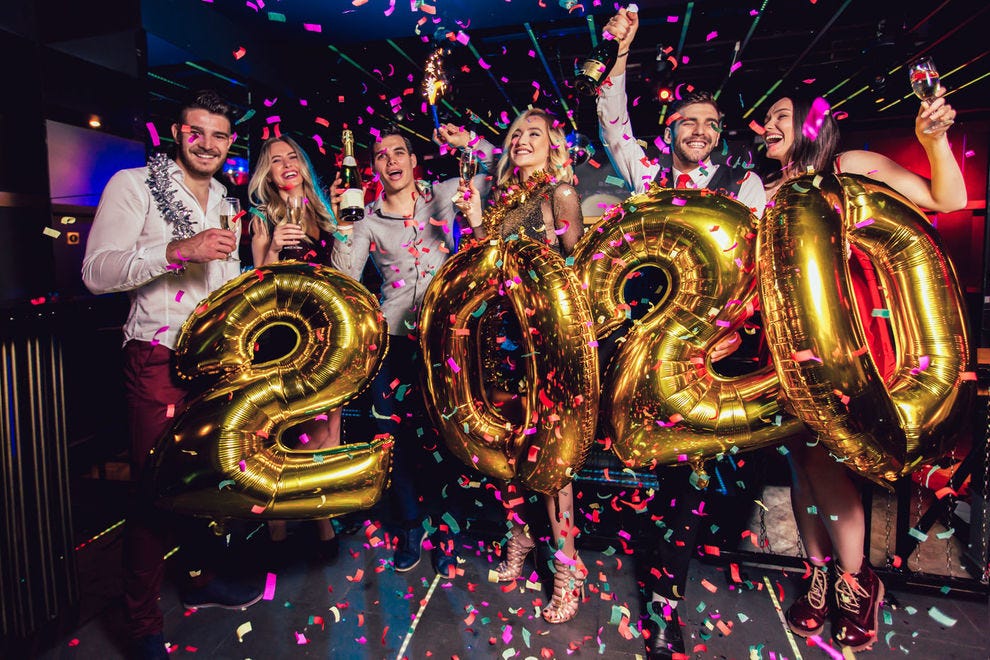 We’ve all watched the ball drop in Times Square in New York to ring in the New Year, but the Big Apple celebration is just one of numerous festivities around the country. From coast to coast, cities drop all kinds of things to count down to midnight. From beach balls to buzzards, here are ten of this year’s drops.

Each year during the NYE celebration at Bourbon Street Pub in Key West, a drag queen named Sushi is lowered while perched in a giant red sparkling shoe.

In this West Georgia community, a stuffed possum named Spencer encased in twinkle lights is lowered from the American Hometown Realty building – one of the oldest in the city. Fun fact: Tallapoosa was once called Possum Snout.

In fitting fashion, the town of Temecula in California Wine Country drops an illuminated bunch of grapes to ring in the New Year.

Hundreds of buzzards spend their winter months in the town of Perry, and as a nod to these birds, the town rings in the New Year with the annual Perry Buzzard Drop.

Nothing says “Happy New Year” like watching a 3-foot glowing pickle descend down a flag pole, usually outside the Mt. Olive Pickle Company in Mount Olive, North Carolina. However, this year marks the 20th anniversary of the pickle drop, so the event will be held at the University of Mount Olive. This drop happens at 7 pm ET (midnight GMT).

In Prairie Du Chien, during the annual Droppin’ of the Carp, a 3-foot fish named Lucky gets lowered. Festival goers often kiss it for good luck – a twist on the Chinese belief that eating carp on New Year’s brings luck.

New Year’s Eve on Panama City Beach wouldn’t be complete without the dropping of a huge, glowing beach ball in Pier Park. For young revelers, the city also drops some 10,000 inflatable beach balls over the streets at 8 pm, followed by a fireworks show.

In the town of Bethlehem, where candy manufacturer Just Born is located, a giant PEEP chick is dropped at 5:15 pm at SteelStacks. The 4-foot-9-inch lighted chick weighs over 400 pounds, but is not made of marshmallow like its smaller relatives.

If you’re in Flagstaff to celebrate the arrival of 2020, you’ll get to see a 6-foot, 70-pound pinecone drop in front of the Weatherford Hotel, once at 10 pm (midnight in New York) and again at midnight.

The community of Easton celebrates its maritime heritage on New Year’s Eve by dropping a giant version of the state’s favorite crustacean, a crab.