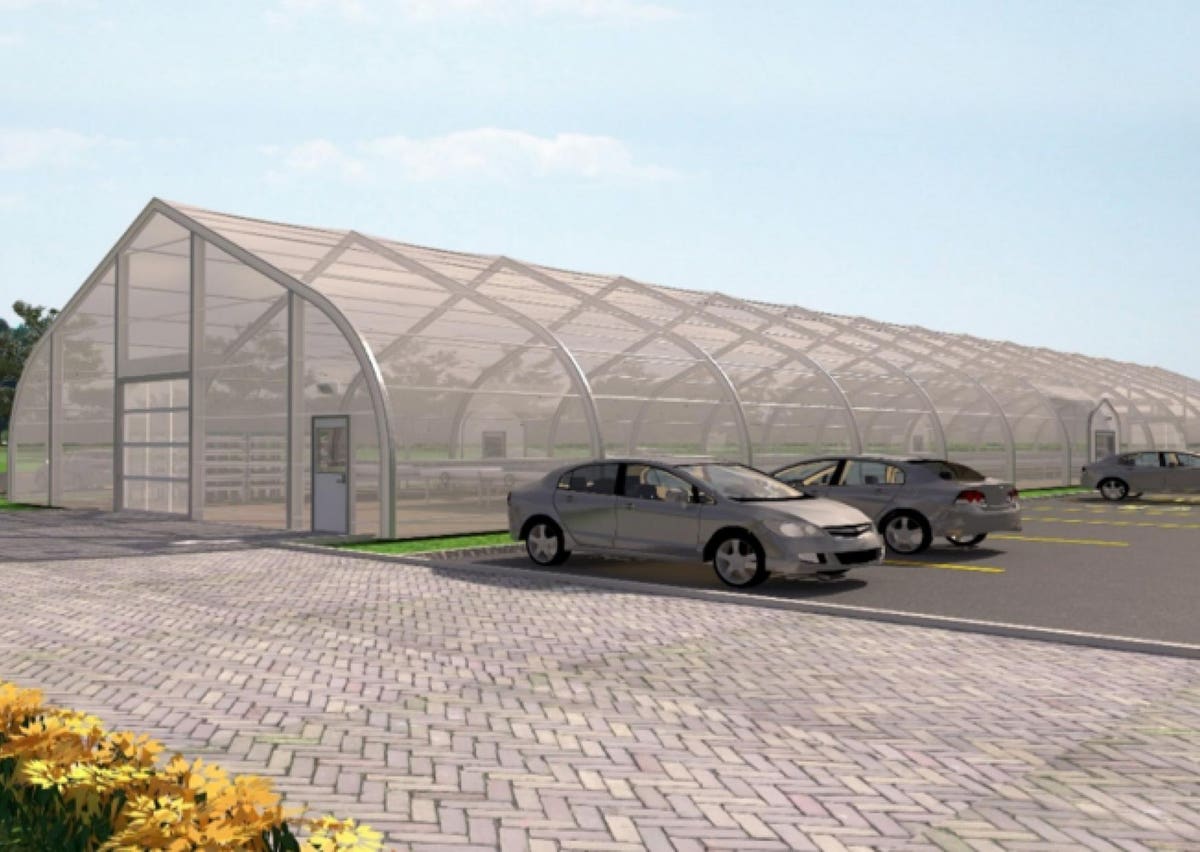 When Ralph Birkhoff relocated to the Caribbean nine years ago, from his native Toronto, it did not take him long to recognise that agriculture and energy were two critical areas that needed to be improved within the region. Birkhoff and partner, John Martin and a group of shareholders, co-founded Alquimi Renewables LLC, focusing on renewable energy and protected agriculture projects developed specifically for island states that are vulnerable to a variety of climate threats. Alquimi operates its greenhouse farming operations under the Island Growers brand.

“The Caribbean’s over-dependence on food imports is not sustainable,” says Birkhoff of the region’s $6 billion food import bill, of which nearly a third consists of fresh produce, primarily from the United States.

“Arable land is extremely limited in most island states, and the climate conditions make traditional farming very challenging,” he continues. “High demand ‘cold weather’ crops like lettuces, leafy greens, and berry fruits just don’t grow well here to begin with, and certainly cannot be grown all year round. Even if the farm does get enough rain to produce a harvest, local farmers can still lose their entire crop through a hurricane, floods, or pestilence.”

While many agricultural agencies are working with local farmers to produce higher yields through various climate smart adaptations, soil-based farm supply has been challenging for many farmers due to an inherently import-reliant supply chain.

While local produce, including a variety of root vegetables and tropical fruits are typically available, businesses have continued to rely on imported produce for their needs, particularly due to concerns surrounding quality and consistency.

Alquimi’s solutions are underscored by the belief that climate protected agriculture holds the key to higher yields of better quality food. Birkhoff believes that, while greenhouse systems are not a novel concept in the region, results have been less than favourable due to the blanket reproduction of design and production solutions from markets that do not share the same realities as the Caribbean.

“The Caribbean and other tropical and sub-tropical islands have been home to greenhouse and hydroponic farms cultivating specialty horticultural crops for decades now,” says Aquimi’s Master Grower, Joseph ‘JC’ Chidiac. “Most of these farms have either failed to survive or scale up to meet demand due to extreme environmental conditions and the need for high efficiency to maximise price competitiveness against produce imports. Hurricanes have laid waste to hundreds of inadequate greenhouse structures. Until now, tropical heat and humidity have made environmental control virtually impossible, and inefficient cultivation systems have increased the cost of growing food to impractical levels.”

From the outset, Birkhoff and his partners knew that in order for a greenhouse solution to be cost effective, it would require the capacity to withstand the most extreme weather events— including a category 5 hurricane.

Alquimi and its technology entity, Island AgTech partnered with Canadian-based Sprung Structures Ltd., an engineering and manufacturing company specialising in stressed membrane engineering. “Sprung has delivered thousands of structures in over 90 countries, many of them in hurricane and typhoon locations, so when we explained what we needed they came through for us.”

Aquimi’s IAT/Sprung greenhouse systems are engineered to meet the highest ASCE and IBC building codes in the world. They are engineer-certified to 175 mph sustained wind load (and gusts to 200mph) and are earthquake resistant, flood resistant, corrosion resistant, naturally aspirated, and offer the ability to customise to any local micro-climates— a level of strength that Birkhoff believes makes it the strongest greenhouse system in the world, safeguarded with a 50-year structural guarantee. Extreme weather issue solved.

“Once we met the need for stronger greenhouses, we needed to create greater assurance around yields,” Birkhoff follows. “To achieve this, we integrated the most proven and cost effective high yield sub-tropical hydroponic system that is both energy and water efficient.”

According to Birkhoff, the greenhouse system can be operational within 30 days, with first harvests of leafy green crops coming out about 26-days later. Island Growers farms will be USDA Organic Certified with produce certified by GlobalGap. Produce will meet all GFSI, GlobalGap, and SQX food quality ratings that many commercial buyers across the region require, thus creating an opportunity for intra-regional trade. Island Growers has also launched a resort greenhouse marketing program to facilitate the flow of produce to the tourism sector.

Alquimi’s mission is for Caribbean farms to expand considerably in scale and diversity to the point at which they can augment local farming of indigenous crops and eventually have the capacity to substitute imports.

“Local farmers do an incredibly good job of growing many varieties of indigenous crops that are delicious and high in nutrient content. We see our role as filling the gaps presented by small size, limited arable land, the need for greater crop diversity and climate resilience, in the context of extreme environmental vulnerability. These are the main challenges that need to be overcome to build Caribbean food security in the years to come.”

The high impact, high infrastructure, hi-tech nature of Alquimi’s projects has required significant investment.  The company has partnered with several private equity investors and existing food industry companies to get its first projects off the ground and expects the scope of the investment opportunity to exceed $250 million over the next few years.

The company has recently secured expansion debt financing by Republic Bank Investment Group, headquartered in Trinidad and Tobago, which will provide $3 million Phase 2 financing for each project across the region and Guardian Group, also located in Trinidad and Tobago, has agreed to insure all of the company’s greenhouse farm projects. This is the first time that the Guardian Group has insured greenhouse farms in the Caribbean.

Alquimi is currently in the process of launching its first farm operations in Anguilla, Trinidad and Tobago and Puerto Rico, with more than 10 other island projects ready to launch in the coming year.

At the time that this article was being written, Birkhoff was overseeing socially distanced greenhouse implementations, amidst elections in his home country of Anguilla, while working with a number of regional agriculture stakeholders to directly support a new regional agricultural implementation plan that will be presented to CARICOM Heads of State and Agriculture Ministers, to build regional food security.

“If we can achieve this during a pandemic, during an election and during hurricane season, we can do anything,” he laughs.