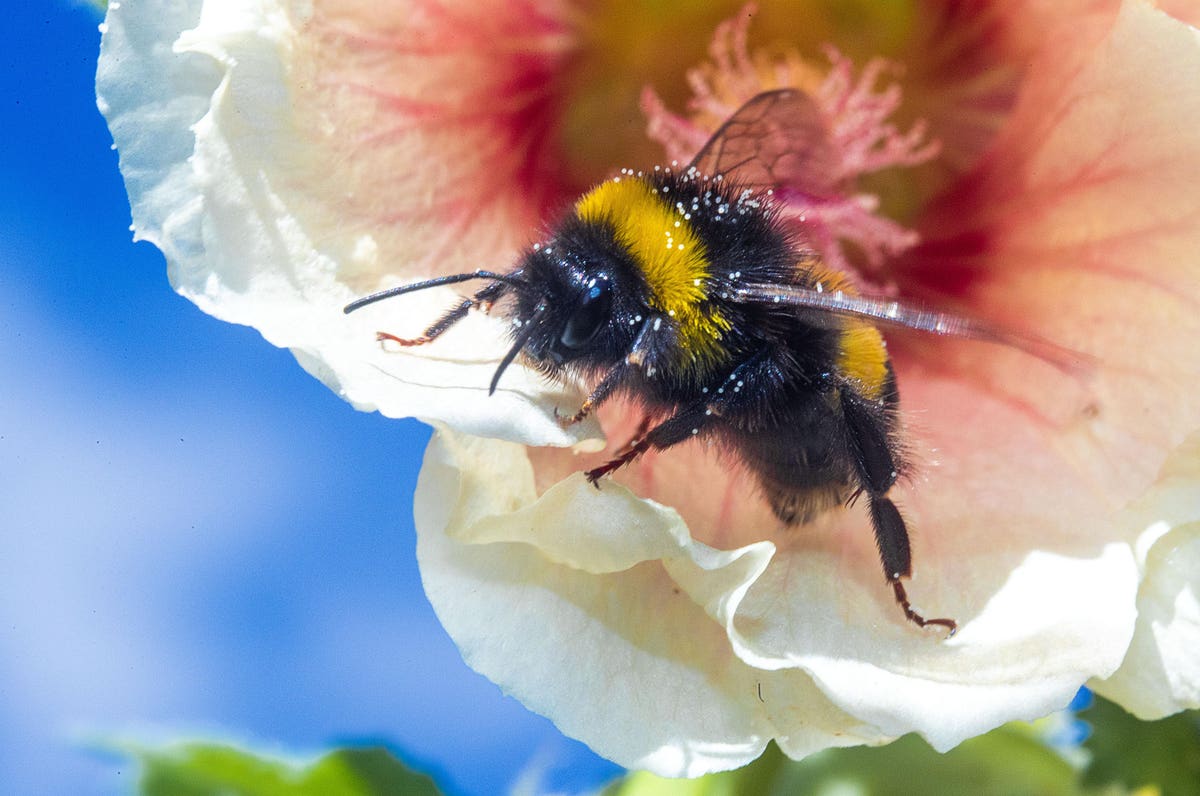 Crop yields on United States farms could be more bountiful if there were more bees, according to a new study.

Scientists from biology and agriculture departments at universities across the country monitored the number of bee visits at 131 crop fields. They looked at the bees’ impact on seven different crops — highbush blueberries, apples, sweet cherries, tart cherries, almonds, pumpkins and watermelons. Crops were measured by weight after they were harvested.

Apple, blueberry and cherry yields at different farms increased as the number of bees increased. The relationship between the amount of crops and the number of bee visits did not level off, which suggests that more pollination would have continued to increase the crop yields.

Those results are published in Proceedings of the Royal Society B. The paper is part of a nationwide study of crop pollination being lead by Michigan State University.

Rachael Winfree, a scientist at Rutgers University and first author on the paper, said the new study is the first to take a comprehensive look at the impact of bees on large farms in multiple locations.

Numbers of honeybees and wild bees were compared as part of the study.

Winfree said the project, which took three years, was labor intensive because the bees, which are small and fast moving, had to be identified by people rather than with video monitoring.

Overall, 26% of the bee visits came from wild bees but the percentages varied between different crops. For instance, 33% of the visits to apple trees came from wild bees. The researchers estimated that the wild bees contributed $1.06 billion in economic value to crop yields through pollination.

Winfree said farmers have to pay for beekeepers to bring honeybees to their farms while wild bees pollinate fields for free. She said she didn’t expect them to make such a big contribution on large farms.

“My expectation was that we wouldn’t see a lot of wild bees,” she said. “To me, the biggest surprise was that wild bees were still there.”

Farmers who want to take advantage of the natural benefits of wild bees can help them by being careful with insecticides, said Winfree. She said some insecticides, like neonicotinoids, are especially toxic to bees. In order to protect bees farmers should apply insecticides that are targeted at specific pests and should not use them more than is necessary, said Winfree.

Allowing natural flowers to grow on the boarders of fields or in tractor lanes can also give wild bees a place to live, she said.