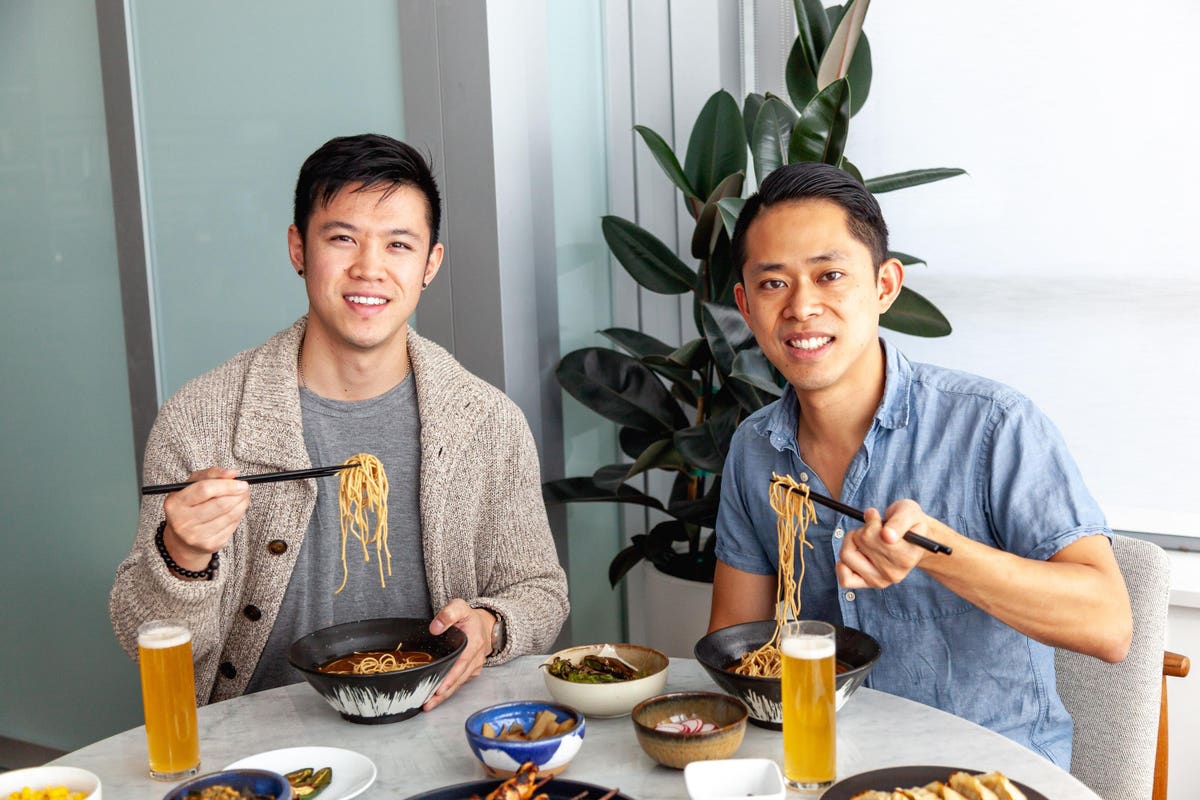 It’s 2021, and ramen lovers just got a healthy option to slurp with the launch of immi.

The website of the world’s first low-carb, high-protein instant ramen company has officially gone live today after a successful soft launch over the past three weeks, drawing interests from a group of CPG entrepreneurs and investors, including founders at Magic Spoon, Caviar, Thrive Market, as well as Collaborative Fund, Siddhi Capital, and Pear Ventures.

Asian-American entrepreneurs Kevin Lee (KLee) and Kevin Chanthasiriphan (KChan), who became friends while working together at Kabam, have been perfecting the concept of immi for over a year, and note how the brand is near and dear to both of them due to their shared backgrounds in the food industry.

KLee has spent a significant part of his childhood helping his grandparents pick and package rose apples on their produce farms in Taiwan, and KChan’s grandmother used to run a hawker noodle stall in Thailand, while his father operated an Asian supermarket and a Thai restaurant in Los Angeles.

“What’s interesting about the instant noodle space is it’s actually a $42 billion global industry dominated by a few Asian conglomerates,” KLee told me, “and they’ve been selling the same preservatives-filled, carbs-loaded sodium bomb for decades.”

Instant ramen has largely been treated as a guilty pleasure type of food with many companies in the category reluctant to jump on the better-for-you wagon, noting how swapping their ingredients with all natural and healthy alternatives wouldn’t benefit their businesses.

However, the declining sales among these companies around 2014 due to consumers drifting away from the traditional comfort food aisle have pushed them to reduce sodium content in their products, though that has helped little in winning consumers back, according to KLee.

“That led us to really start innovating in this space,” he said.

Packed with 30 grams of protein and nine grams of fiber per serving, immi’s ramen noodles are made with 100% plant-based ingredients and contain significantly less sodium and fewer carbs than regular market brands.

The use of plant protein results in a slightly coarser texture of immi’s products, making them taste similar to soba and edamame noodles, according to KChan. He said: “On the soup side… we wanted to embrace bold Asian flavors while avoiding some of the more ambiguous and generic ones like Oriental.”

Immi currently comes in three varieties that reflect its founders’ Thai and Taiwanese heritages: Black Garlic Chicken, Tom Yum Shrimp, and Spicy Beef, and they can be purchased in packs of six, nine, or 12 online for $41.99, $56.24, and $71.99, respectively.

KLee believes their core audiences have loved instant ramen historically, but had to give it up because they wanted to switch towards a healthier lifestyle or diet. “So think of people who are diabetics or on the keto diet,” he said.

“They’re truly trying to restrict the number of carbs they eat per day, but they really want to integrate ramen back into their lives. So our position [is] to narrow into this specific audience and focus on higher quality ingredients, and a better macro nutritional profile allows us to keep our marketing costs down and protect our margins.”

This strategy seems to have proven effective as immi achieved its full-month December pre-sale target within the first eight hours.

“It was a resounding success.”

From DTC to brick-and-mortar retail

The immi team said it will primarily focus on growing its national presence through its direct-to-consumer site in 2021, and expect their recently raised investments to help the company further expand into brick-and-mortar retail, especially the natural and specialty channel.

Many of the participating investors in this round have also noted how the development of immi speaks to a dynamic retail environment in which various sectors are ripe for disruption.

“Siddhi is excited about immi because we believe deeply in the re-engineering of American classics and comfort food to versions that are delicious yet nutrient dense,” Melissa Facchina, co-founder and general partner of the VC firm, wrote me via email.

Magic Spoon’s co-founder Gabi Lewis, who serves as one of immi’s advisors alongside the cereal company’s other co-founder Gregory Sewitz, also noted how the two companies share similar values.

“Much like how Magic Spoon is reinventing the breakfast aisle, immi is bringing innovation to the stale instant ramen category and I’m excited to see them grow into a leading better-for-you Asian American food [company],” he said.

Kettle & Fire’s CEO Justin Mares, who also invested in immi, believes the company will lead the wave towards bringing additional nutritious options to the community, saying: “I’m excited to see them bring more delicious Asian-inspired flavors to nostalgic foods while improving the health of people everywhere.”

“Getting more visibility for our cuisine is huge right now, and it’s definitely great to see more Asian-American entrepreneurs emerge,” he said. “We hope immi can help take Asian food products out of a single ethnic aisle and begin to expand across categories.”