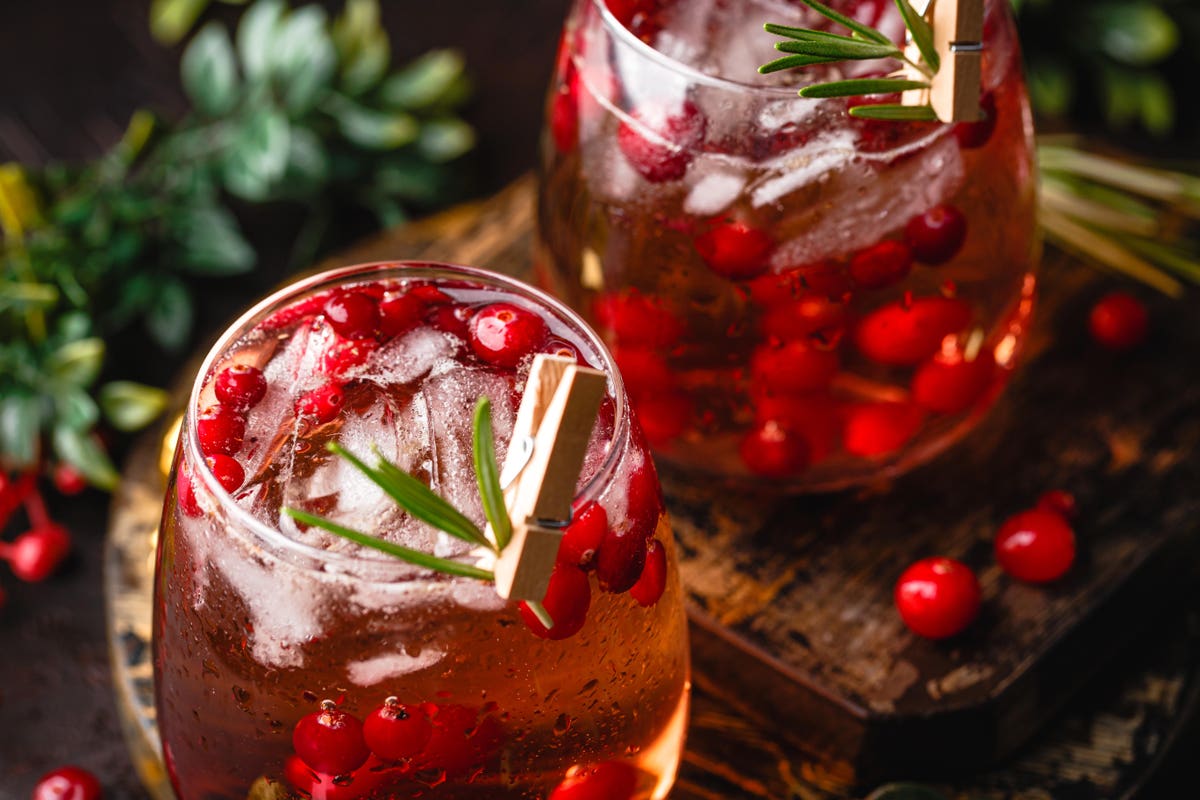 How many of you gave up Dry January while watching armed rioters invade the nation’s capitol last week? Don’t feel bad if you did. Considering the year we’ve just endured and the misguided madness still playing out in American politics, I hear a lot of friends muttering that Dry January 2021 hardly stands a chance.

Despite the “official” Dry January organization reporting a lofty 4 million people “taking part” in the fad last year and an estimated 6.5 million planning to try it this year, I have an uncomfortable relationship with DJ. Unfair as this characterization may be, rather than an opportunity to soberly (pun intended) evaluate and tweak one’s relationship with alcohol, it’s always struck me as a fairly empty attempt by vapid yet smug partiers to jump on another bandwagon.

After defending my position to some antagonistic acquaintances on Twitter recently, I felt somewhat vindicated to read this article in Eater, which quotes its restaurant editor saying, “If someone gets defensive about hearing about someone else’s Dry January, it’s because all of us are all sick of being advertised to.”

With wide exceptions carved out for anyone nobly working to get control over a potential or active drinking problem, the phenomenon especially bugs me this year, precisely for the above-stated reason. Public relations flaks push the boundaries of my patience by annoyingly leveraging Dry January to peddle everything from cocktail-scented candles and going vegan to even more booze (“If you’re skipping Dry January … here’s a wine you should know about.”).

And while I would never propose that we bear any moral obligation to keep consuming to save hundreds of thousands of our beloved bars and restaurants, already in the throes of death, the truth is that many won’t survive what’s already their slowest annual month if their patrons abstain for 30 days. So there’s that.

But one of my most cherished silver linings to emerge from the pandemic is the display of so much resilience and creative brilliance in the hospitality industry, and to give credit where it’s due, this year’s DJ proponents — as well as opponents — are adapting (I didn’t say pivoting) with some novel approaches to the month.

Will The Real Dry January Please Stand Up?

With more young people pursuing a sober lifestyle and non-alcoholic drinks emerging to meet their needs, it does make sense for NA beers and spirits to compete for my attention this month, along with CBD-infused drinks and just plain old NA beverages, too. I’m not sure what kind of Dry January content would call for me to write about the new Santa Fe sparking water (My take: If you don’t know what to drink during Dry January have you tried … water?) but Sonoma County’s new H20 sparkling water infused with wine grapes and dealcoholized wine is just the type of item that should get profiled right now. Also, the myriad mocktail recipes I’ve received make sense to me, as do releases from breweries like BrewDog that highlight their variety of NA offerings.

It’s also the perfect time for restaurants and bars to promote their low-and-no-alcohol offerings, as have Tommy Bahama and Cameron Mitchell Restaurants, which owns the Ocean Prime chain, and for retailers to present themselves as experts available for interviews. The Bottle Club online retailer in Britain not only has a low-alcohol and NA section on its website, its pr agency sent out an email listing the store’s top ten best selling NA products.

As I said, I get a fair number of story pitches pushing alcoholic products for those who aren’t abstaining. Fair enough, though I generally delete them as I tend not to find them relevant to my work. Kudos, however, to the pr agent repping Winc winery for this email subject line, which made me laugh then take the time to skim what she wrote about her client’s dry offerings: “Dry Wines for Dry January! Wait, did we get that wrong?”

Then we have the pitches that contort themselves way too strenuously to give themselves a “hook” by tying themselves to the anti-alcohol effort. This year’s prize goes to Sicily Hills cocktail-inspired candles.

“When Dry January gets hard, these candles come to the rescue by surrounding you in tantalizing scents of Champagne, Pina Coladas, Mojitos and more!”

Would that help ease anyone’s cravings?? The last thing I want surrounding my olfactory sense when I’m battling an urge is the smell of that item! Am I wrong? I quit my social cigarette habit this month. Should I ask if they have a tobacco series?

I admit I didn’t know Veganuary is a real thing. So I apologize for relentlessly mentally mocking the three pr reps who sent me pitches about it for mistakenly believing they had individually contrived the abomination that is that cringingly awkward letter salad. But there’s still a lesson here for marketers: don’t clutter journalists’ inboxes with pitches on topics they don’t cover. I can accept a pitch that includes vegan wine. But nowhere have I ever in memory written about fake meat.

Here’s an idea I can get behind. Conceived by self-proclaimed “Craft Beer Geekess” Dev Adams, the #DrinkEmDryJanuary social media movement aims to support independent alcohol producers and retailers as they struggle to survive this particularly grueling phase of the pandemic. Though she’s posting photos to social media of herself imbibing at least one brewery, distillery or taphouse a day, she suggests many ways to participate without drinking.

“Buy gift cards, merchandise, or to-go beer for February. Heck, even sharing the (business’) posts on social media can help hugely,” she says. “I also want to encourage people to give their favorite places 5-star reviews on Google, Yelp, etc. We tend to only write reviews when we are upset – and it’s time to step up for those places that bring us joy.”

Adams will gift a pair of the upcycled “beerings” she makes to one person who uses the hashtag to post pictures to social this month.

I didn’t plan to cut back on drinking this month but I had started to watch with a slight tinge of anxiety as my at-home consumption inched up over the second half of last year. Every Zoom call and every Friday and Saturday night started to call for at least two or three beers, glasses of wine or cocktails, until I was drinking around 12 per week, which put me firmly in the FDA’s heavy drinker category for women. So it was with curiosity and some personal interest that I clicked on a Facebook ad for Cutback Coach, a free text-based program that allows users to track consumption and set daily and weekly drink targets.

I chose relatively comfortable goals; my recommended seven drinks a week felt stingy and unrealistic so I bumped it up to nine, with dry days Monday, Tuesday and Wednesday. I’m on day eight as I write this and I really like it.

The program, which applies deeply researched behavior-modification techniques and isn’t developed by an anti-alcohol group, texts me about twice a day to remind me to track my drinks, ask how I’m doing and congratulate me when I meet my goals. So far, it’s making me mindful about moderating my intake and, because I like seeing my victories on my phone, keeping me from thoughtlessly grabbing a Tuesday night beer just because.

By the end of my first week I’d beat my goal by one drink, and I’ll admit, I feel pretty proud of that.