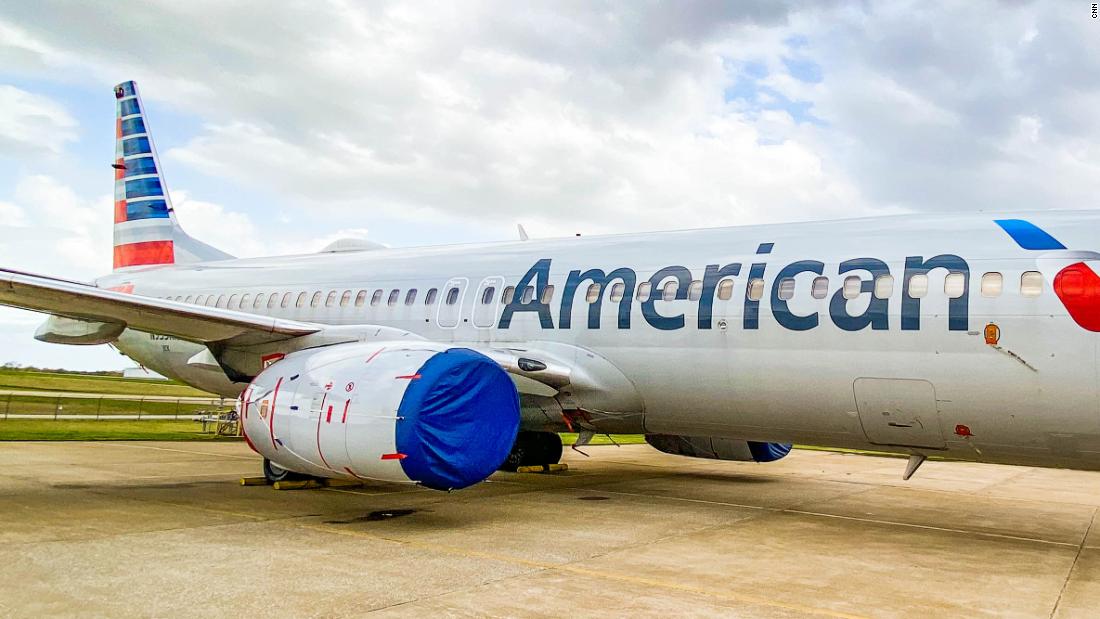 Steele, an assistant manager at American Airlines’ largest maintenance base, is leading a team of mechanics unwrapping, inspecting, cleaning and refurbishing jets that the airline placed in storage for much of the last year.

With so few travelers then, the airline simply didn’t need as many planes. American retired entire models from its fleet — it will no longer fly the Boeing 757 and 767, the Embraer E190 and the Airbus A330-300. Among other models, it selected some planes to keep flying, and put those it didn’t need — including 300 of the 737 workhorse — temporarily in storage until economic and coronavirus conditions improved.

That’s how the outdoor ramps — at American’s busy Tulsa, Oklahoma, maintenance facility became home to around 70 planes. Employees covered the engines with tarps, wrapped sensitive parts, such as airspeed sensors, that could be damaged by the elements, and laid foil protectors in the windows.

At least once every 10 days, there was a maintenance appointment for every single aircraft: check the engines, check the landing gear, rotate the tires to prevent flat spots.

“In many ways, we … actually have more maintenance requirements on the aircraft that has been in storage or is in storage than we do if the aircraft is out actively flying,” Steele told CNN.

Ed Sangricco, the managing director of the facility, said the airline was out of space and used nearby areas of the Tulsa airport to store the extra jets.

“They were parked on taxiways,” Sangricco said. “Anywhere we could find a space, we had aircraft.”

Hibernating aircraft have had their engines covered while idle.

But in recent weeks, American saw demand climb with spring break, Easter and Passover travel. It saw vacationers book flights for the summer. And it saw a need for those idle planes.

Each day an airplane is parked, American loses about $50,000 in potential revenue, Steele said. That figure does not include the labor hours for the maintenance work.

So American began the meticulous process of putting the aircraft back into service, and it plans to have its entire remaining fleet back in the air by the end of this month.

American isn’t alone in rebuilding its business. Southwest Airlines said Thursday it needs all flight attendants back at work this summer, and it is recalling the 2,700 who are on voluntary leaves of absence. After temporarily furloughing crewmembers, United is back to hiring, offering jobs to 300 new pilots. And Delta is bringing back about 400 of its pilots.

To be clear, US air travel has only rebounded to approximately 60% of where it stood before the pandemic.

But the average day is now more than 10 times busier than this time last year, when the US Transportation Security Administration screened less than 100,000 people per day nationwide. It used to screen between 2 and 2.5 million many days. US airline industry data shows more flights that are more full: On average, 75% of seats are occupied, up from 60% a month ago.

Bringing an aircraft back into service involves about 1,000 hours of work.

At American, restoring a single plane requires about 1,000 hours of work. Sangricco called it an “incredibly big task” to bring these planes “out of hibernation.”

“The guys are checking the engine, all the systems on the engines to make sure it’s performing,” Steele explained as a nearby team worked on a 737 in a hangar that holds four jets simultaneously. “We’ll change the oils, check all the fluids.”

Flashlights flickered through the windows of the plane. Workers inside were removing interior panels and replacing carpeting — part of a cosmetic overhaul to the passenger cabin while mechanics checked each of the essential flight systems. That additional renovation work will keep the plane in the hangar for about 20 days.

On the other side of the hangar, a mechanic flipped switches and pushed buttons inside a cockpit, testing computers and alarms. Another mechanic used a pump to lubricate the landing gear.

Every single part has an inspection, Steele said. “Even coffee makers on an aircraft have a maintenance manual and a prescribed test before the aircraft can go back to flight,” he said.

For the final step, American pilots put the plane in the air to verify all systems work before passengers come onboard.

“I want to go out and do this maintenance validation flight to ensure that the pressurization systems, navigation, communication” work, said Larry Toering, a 737 and 777 captain with American.

Among the critical inspection points is the engine bleed air fifth stage check valve on some Boeing 737s. The FAA warned last summer that corrosion of this part while the plane sits in storage could cause “dual-engine power loss without the ability to restart” — a critical issue if it happens in flight.

Sangricco said travelers should not be concerned about this part failing on their next flight.

“All of the things that could have been negatively impacted by the fact that it was parked have been identified, they’ve been addressed, and they’ve been resolved,” he said. “I can assure you 110% that these aircraft are safe and they’re ready to fly.”

Pilots are inspecting their skill set before flying again, too. A CNN analysis of safety reports filed with the federal government found pilots self-reporting errors they attributed to spending weeks or months away from the cockpit.

At the Tulsa maintenance base, employees said they were proud to see the airplanes they tended to for months returning to service.

“Every time you watch an aircraft that you’ve taken care of, that you’ve worked on here leave the ground, and the gear go up and then it flies off, it’s just a wonderful feeling,” Sangricco said.

The planes will return for regular maintenance, but Sangricco said he hopes none return to park.

“We hope not to be in the storage business ever again.”