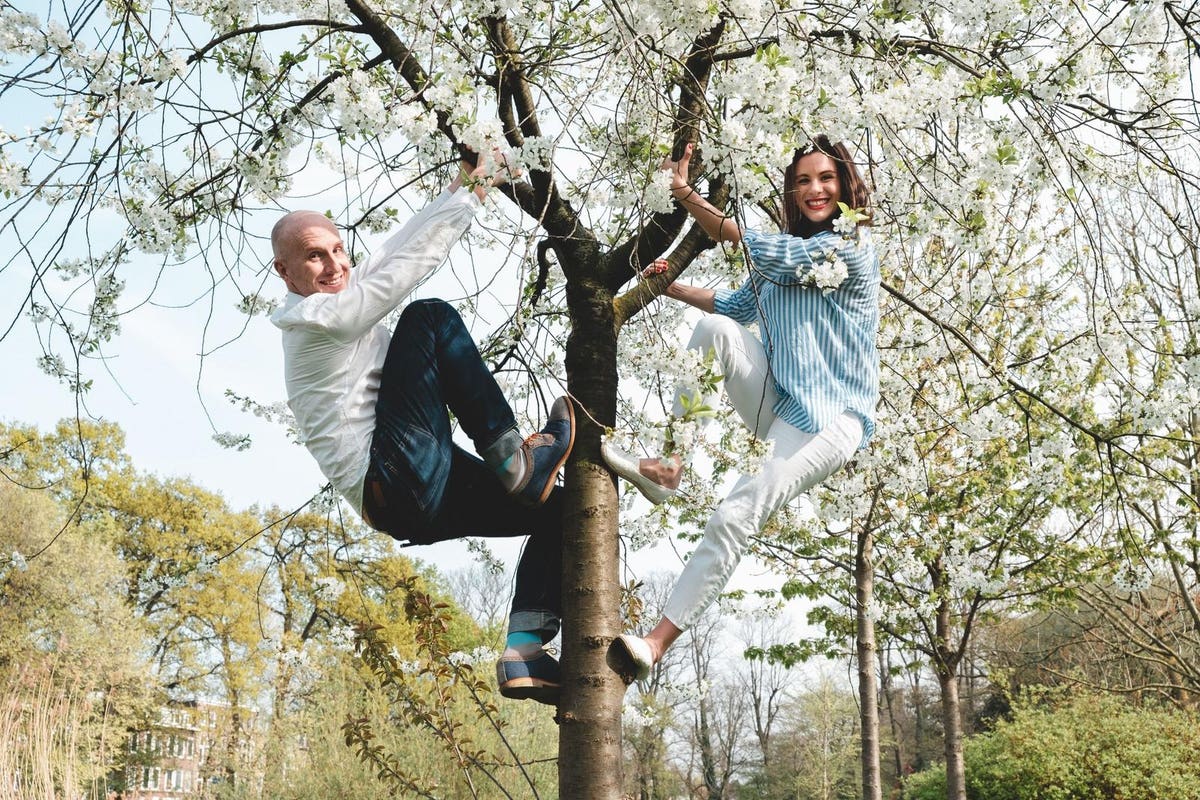 While you may think contemplating climate change has no place at cocktail hour, a new(ish) Calvados brand is making it easy to drink while doing good.

Two Diageo vets have launched Avallen: a completely carbon-negative Calvados, meaning, the brand gives more to the planet than it takes away.

It’s a surprising feat considering the negative environmental impacts of spirits production. Distilling is an inherently wasteful and unsustainable process — raw materials are typically sourced from vast monocrops of rye, wheat, corn and potatoes, which must then be harvested, processed, stored, bottled and distributed. What’s left behind is oft-unusable spent grains. Factor in the carbon impact of shipping heavy glass bottles of spirits around the world and the fuel needed at every step.

Does this make you want a stiff drink? Perhaps, but at what cost?

While working at Diageo, former brand ambassadors Tim Etherington-Judge and Stephanie Jordan grappled with the increasingly dire environmental state of the spirits world.

“After several years in the leading corporate drinks company with front-facing roles we came to realize that neither one of us was living in line with our personal values,” says Jordan. “As we narrowed into a close look at our industry, we discovered that our booze brands are dominated by monocrops with little to no biodiversity. We realized most brands are made with little regard for mother nature — including pesticide abuse, tilling, irrigation and more”

The duo started trying to solve distilling’s big sustainability issues. Around each corner they were met with one big question: If spirits production is inherently bad, “how do we make the most planet-positive spirit in the world?”

All this research, “culminated in our understanding that a product’s biggest environmental impact is due to what you make things from,” says Jordan. To find the most sustainable spirit, they needed to start at the source.

Avallen is made sans sugar, caramel or boise. Just apples and water, fermented before its aged for two years in French oak.

French Calvados is kept to tight strictures — distillation in alembic stills, fermentation on the lees, aging requirements — to ensure quality and a continued connection with the land, giving Jordan and Etherington-Judge the ability to watch each step closely. All apples are grown in the region, keeping shipping emissions to a minimum.

The resulting liquid is lovely — sweet and gentle, with a bright lift and beautifully fleshy apple tones that carry throughout each sip. The touch of cinnamon and wood flavors lends the spirit well to cocktails, but it’s also perfectly serviceable served neat.

A single bottle of the spirit removes 2.74 kilos of carbon dioxide from the atmosphere — and this is without external offsetting.

“We worked with EcoChain, a company specializing in company Lifecycle Analysis’ (LCA’s) to assess both our CO2e and water footprints, as these are two areas where we believed that Avallen performed well against industry benchmarks,” says Etherington-Judge.

Zooming in, Avallen uses up to 95% less water than benchmark products in the spirits world. A standard bottle of bourbon uses a whopping 13 liters of water. Avallen requires 1.7 liters — a fair compromise for a 750mL bottle of spirits.

The duo anticipate they have removed the equivalent of 111,687 driven miles from the air since Avallen launched.

The sustainability does not stop there. The bottle is one of the lightest on the market, designed specifically to fit comfortably in a bartender’s hand. Even the label is printed on paper made from apple pulp.

“We try and ask, ‘is this the most sustainable option we can take, within budget?’ at every business decision,” he continues. “We bank with Triodos, Europe’s first sustainable bank, ship our bottles plastic-free using Flexi-Hex shippers, have committed to planting 10,000 wildflowers in our first three years and are members of 1% for the Planet, committing one percent of our revenue to charitable partners working to conserve wild bee populations and educate and empower women in developing countries.”

Calvados might seem like an esoteric choice of a spirit, particularly for veterans of a major mass spirits producer — why not an approachable gin? A crowd-pleasing vodka?

“In addition to being arguably the most sustainable spirit it happens that there has been little to no innovation in the category for decades,” says Jordan.

Brandy, a category of which Calvados is a member, is in the midst of a renaissance. Up until a few years ago, brandy was categorized into two camps: bottom-shelf swill and baller-preferred Cognacs. But an exciting new guard of brandy brands, like Catoctin Creek, Bertoux and Starlight, are making a play for whiskey’s spot on your back bar.

The spot is rightfully earned. Looking into the canon of cocktails, brandy was the marquee cocktail ingredient during the Cocktail Renaissance of the 19th century. As American whiskey grew to prominence and mass-produced brandy overwhelmed the market, the spirit faded from the limelight. Recently, a dedicated slate of bartenders looking to reinterpret classic cocktails have helped breath life into the stayed category.

Factor in Avallen’s sustainable mentality and it’s no surprise the brand’s launch was well-received. “The drinks trade has a long-standing love for Calvados in the first place and in truth they were just waiting for a brand like Avallen to re-ignite the category,” says Jordan.

While these sustainability efforts do wonders to charm drinkers into getting green with their home bar, these eco-minded endeavors are rooted in a very real need to change the industry.

“Most alcohol starts life as a raw material grown as a mono-crop, destroying natural biodiversity and replacing it with a barren desert, dead soil, and reliance on artificial fertilizers and pesticides. The most common ingredient in all alcohol is water, and as water is becoming an increasingly unpredictable resource, we are only beginning to see the start of the water wars,” continues Jordan. “We’re living in rich Western countries, and are completely removed from its devastating impacts of floods and famine, but that doesn’t mean it’s not real and we shouldn’t work hard to provide climate justice for all, no matter race, wealth, gender, or location.”

Sip a shot for carbon sequestration — it’s the least you can do to save the planet.