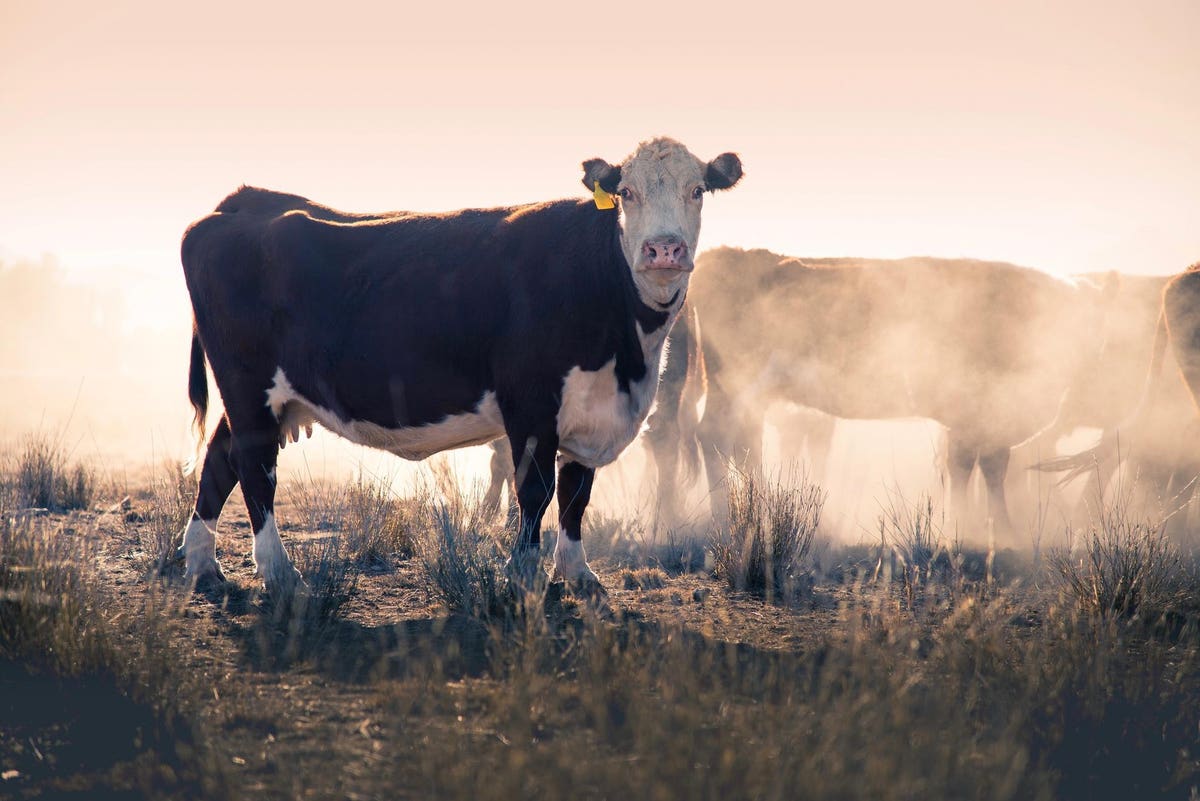 Lake Meade is the reservoir which was created by the Hoover Dam. It gives 25 million people access to water and on June 9, it was measured at 1,071.57 feet above sea level. That was its lowest level…ever.

And it isn’t expected to stop there. A University of Las Vegas-Nevada professor told a local paper that the water level is expected to continue declining until November. While there have been some wet years, such as 2019, since 2000, the West has experienced one of its driest periods spanning longer than two decades in history. As of June 7, the country’s largest reservoir was just 36% full. Lake Meade is the source of about 90% of Southern Nevada’s water.

But don’t think that Nevada is the only one experiencing problems. States all across the west are seeing their largest droughts in decades. Actually, they might be experiencing the worst extended drought in the past 1,000 years.

This does not bode well for farmers. With their water allocations dramatically cut, some crop growers are fallowing large portions of their land. Cattle producers, whose pastures are nearly barren, are selling off cattle since they have nothing to feed them. This has serious implications for the area’s food availability and prices as the affected region accounts for about a third of the monetary value of U.S. agricultural production.

According to the most recent U.S. Drought Monitor, 96% of the West is being tormented from at least partial drought. California and Nevada are now sitting at a 100% drought level after two years of horribly dry conditions.

Utah governor Spencer J. Cox has put a ban on fireworks this upcoming holiday season and asked every citizen to pray for rain. Over 90% of that state is currently undergoing an “extreme drought.”

“Farmers and ranchers are being greatly affected by the extreme drought conditions this year,” said Craig Buttars, Commissioner of the Department of Agriculture and Food. “Feed for livestock will be scarce, which is why it will be even more pertinent that we have as much rangeland as possible. Wildfires would be severely detrimental to Utah’s farmers and ranchers.”

The USDA has announced almost 400 counties in the western part of the nation as natural disaster areas due to the persistent drought, including most, if not all, counties in Arizona, Colorado, California, New Mexico, Nevada and Wyoming have been declared disaster areas. The natural disaster designations makes producers and ranchers eligible for USDA emergency loans, which can allow them to replace equipment and livestock if they need, or assistance for financial reorganization.

According to USDA data, farmers and ranchers generally must suffer crop losses at, or in excess of, 30% or a loss of livestock or other property. The maximum loan amount is $500 million and borrowers are generally required to acquire crop insurance.

Currently four states — Oregon, California, Colorado and Arizona — are allowed to apply for $41.8 million in federal aid through the USDA program, Environmental Quality Incentives Program (EQIP). EQIP which helps producers pay for conservation projects to protect natural resources and improve drought resilience. The USDA’s National Agricultural Statistics Service states that California farmers in 2020 harvested just 515,000 acres of alfalfa, down from more than a million acres in 2010. Oregon’s alfalfa acreage also shrank during that period by almost 14%.

A report by the Farmers Business Network, an independent farmer-to-farmer network, anticipates the drought leading to higher grain prices for growers.

“Dry conditions have plagued a wide swath of the U.S., especially the West where drought is firmly entrenched and not expected to find much near-term relief,” writes Kevin McNew in the article. “Faced with exceptionally tight supplies and skyrocketing demand, every bushel will be critical to help stave off even higher grain prices…(e)arly season drought does not bode well for a banner production year in the U.S. grain belt. Weather in June, July and August, the critical time for the U.S. corn and soybean crops, will determine if farmers hit a home run or strike out this season.”

The agricultural sector is an important contributor to the economy of the United States in many ways, from promoting food and energy security to providing jobs in rural communities. Data from the National Integrated Drought Information System (NIDIS) states that, in 2015, farms contributed almost $137 billion to the nation’s economy and accounted for 2.6 million jobs. According to NIDIS, other agriculture- and food-related sectors contributed an additional $855 billion to the economy and accounted for another 21 million full- and part-time jobs.

As of 2020, drought ranked third among environmental phenomena associated with billion-dollar weather disasters since 1980. This falls behind tropical cyclones and severe storms. Also according to NIDIS, the cost of drought events averages over $9 billion per year, with an annual cost of over $6 billion.

In 2012, severe drought impacted 80% of agricultural land in the United States, causing more than two-thirds of its counties (1,820) to be declared disaster areas. The drought affected the production of livestock and field crops such as wheat, corn, and soybean production in the Great Plains and Midwest and accounted for $14.5 billion in loss payments by the federal crop insurance program. In 2015, drought impacts to California’s agricultural sector resulted in $1.84 billion in direct costs, a loss of 10,100 seasonal jobs, and surface water shortages of 8.7 million acre-feet.

Considered a worse drought, who knows what the impact of this one will be. Only time will tell.