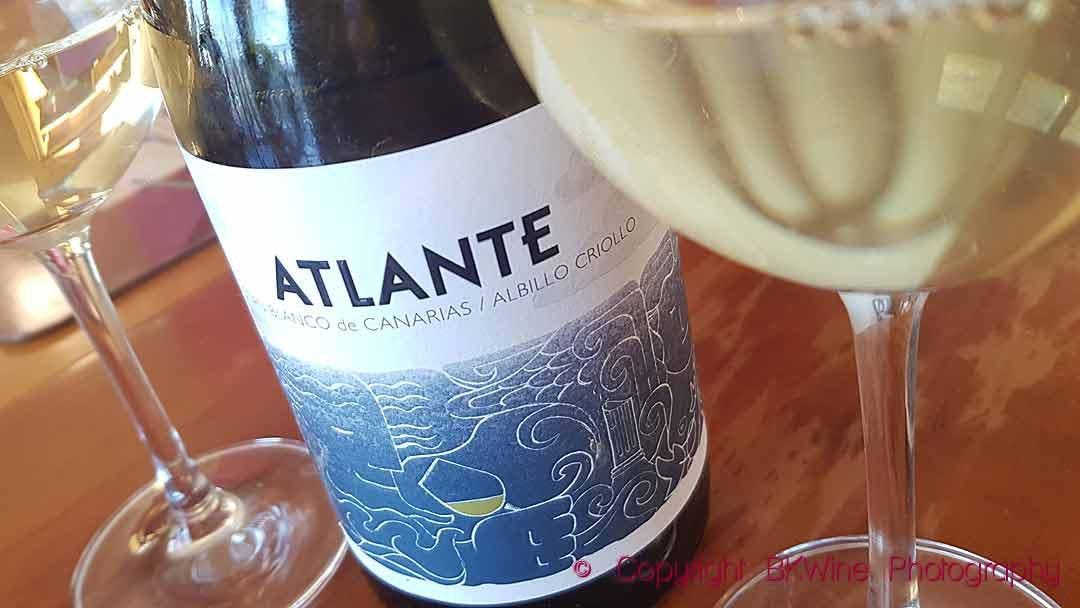 The Canary Islands have been popular with European tourists for a long time. They love the sun, the beaches, the fascinating volcanic landscape. But do they know that the islands have a thriving wine industry? Wine production has a long history in the Canary Islands, but the modern era didn’t start until around 30 years ago. Now export is growing, and wine lovers are discovering the particular characteristics of these exciting wines.

The Canary Islands belongs to Spain and are located off the coast of north western Africa. Thanks to a pleasant subtropical climate with long hot summers and mild winters, tourists come all year round. There has been volcanic activity on the small archipelago throughout the ages. Some volcanoes are still active.

For vineyards, the location may seem a bit too far south, at 28 degrees latitude N. It is further south than the vineyards of Morocco. But the growing conditions on the Canary Islands are particular. The landscape is mountainous, with vineyards at high altitudes and with significant influence from sometimes extreme winds.

Six of the islands produce wine: Tenerife, Lanzarote, Gran Canaria, La Palma, El Hierro and La Gomera. They all have their own designations of origin (DOP) covering the whole of each island. Tenerife also has five smaller DOP regions. They introduced the first designations of origin, denominaciones de origen, in the 1990s.

The situation in the Atlantic Ocean is challenging for the vines. It rains in the winter, but summers are very dry. To this, we must add the strong winds. These can dampen the hot temperatures, which is good, but they also have a drying effect.

The winemakers have learned how to make the vines thrive despite all this. By building low protective walls around the vines, they can retain moisture, and they are protected to some extent from the winds. Sometimes the vines are planted in shallow holes in the black soil for even better protection. Planting density is low, and yields are usually extremely low.

A tasting of wines from Tenerife and Lanzarote recently showed wines with a strong personality. The wines are interesting also from a different perspective. The grape varieties used are old and hardly found anywhere else anymore, an advantage today when many wine enthusiasts are looking for the unusual.We find some of the grapes of the Canary Islands in South America. They were brought there as cuttings or seeds by Spanish settlers in the 16th century. One of the varieties was Listán prieto, which today is found both in California (where it is called Mission), in Chile (País) and Argentina (Criolla Chica). They still grow Listán Prieto on the Canary Islands, but the grape has almost entirely disappeared from the Spanish mainland.

We have travelled extensively in South America and have tasted both País and Criolla Chica. So, we really enjoyed getting to know the European original of the grape. The most widely planted red grape on the islands, however, is Listán Negro, a native grape.

The white grape varieties are Listán Blanco, Malvasía Aromática, Malvásia Volcánia, Albillo Criollo, Vijariego, Mostacel and Marmajuelo. The most important of these is Listán Blanco which is actually the same as the Palomino grape used for sherry in the south of Spain.

Malvasía Aromática is mainly used in La Palma and Tenerife. It often has intense aromas of grapefruit and apricots and is relatively high in alcohol. Malvasía Volcánica dominates on Lanzarote. The wines have a lovely acidity and good structure. Albillo Criollo is mainly found on the island of La Palma. It gives intensely aromatic wines with freshness and acidity. It contributes finesse, fruit and structure to a blend.

Tenerife is the largest island and also has the most extensive wine production. Tenerife has Spain’s highest mountain, the volcano Pico del Teide.

This is a delicious white wine from the small producer Atlante. It has a strong and powerful taste with structure and body. Lovely, high acidity with a lot of citrus aromas, a little spicy (white pepper). A wine with a strong character.

DO Tacoronte-Acentejo in the northern part of Tenerife was the first designation of origin to be awarded in the Canary Islands in 1992. Linaje del Pago was founded in 2017. This red wine from listan negro has a pleasant aroma and taste of ripe raspberries, cherries and other red fruits. It is soft and smooth with a certain acidity that gives a backbone to the wine. Excellent, refreshing style.

A rosé with some sweetness and an abundance of sweet, ripe raspberries and wild strawberries. The grape is Listán Negro.

MW stands for Mountain Wines, an appropriate name for this winery as the vines grow at an altitude of 1300 meters. I was amazed by this white wine from Listán Blanco with its beautiful citrus aromas on the nose. Excellent mouthfeel and long, lingering taste and good freshness. A superb wine.

The grapes come from old vines and a single vineyard. It is light in colour and light in body, which is typical of the grape Listán Prieto. There is a good intensity in the aromas with ripe fruit and red berries. I also found spices such as cinnamon, nutmeg and other hot spices. Quite complex and a refreshing finish.

Lanzarote is the easternmost and northernmost of the islands. The large Timanfaya National Park occupies the southwestern part of the island. Several volcanic eruptions began here in 1730, and they lasted for six years.

An outstanding white wine from Lanzarote’s flagship grape Malvasia Vulcánica,. The citrus aroma is intense and very pleasant, the acidity is razor-sharp. A wine with vitality, complexity and freshness.

The winery El Grifo was founded already in 1775. Some of their vineyards are from the 19th century. El Grifo is located in La Geria, an area completely covered in ash during the eruptions of 1730 to 1736. It is very dry here, not far from being a desert.

An elegant wine with aromas of dried herbs, black currents and a good structure from syrah. The style is light and easy-drinking with generous fruit.

Bodega Vulcano de Lanzarote was founded in 2009. The vineyards are at an altitude of 1300 meters. This Malvasía Volcánica is a superb wine with refreshing acidity, body and structure. Aromas of flowers, melon and citrus. A pleasant and dry finish. A wine with style and character.

Light and elegant with ripe fruit, fresh herbs, also peppery. Savoury with refreshing acidity. Some tannin in the background. The fruit dominates; the wine has only been aged only for a couple of months in oak barrels.

The tasting of these wines gave us an overall positive impression of the wines from the Canary Islands. Not least the white wines amazed with their beautiful acidity and vitality. The fruity red wines made in the elegant, easy-drinking style are lovely. Alcohol levels are relatively low at 12.5-13%.

The Canary Islands have also made a name for themselves with their banana “wine”, believe it or not. Other exotic fruits, such as passion fruit, are also grown on the islands.

Platé Pasión Frizzante is made from fermented bananas and passion fruit from Tenerife. With an alcohol of only 6%, it is fruity and a little sweet. No artificial flavours or colours are added.

Platé Blanco de Platano is made solely from bananas, and it has an alcohol level of 12.5%. It is a little bit sweet, and it really tastes like bananas. It felt very exotic.