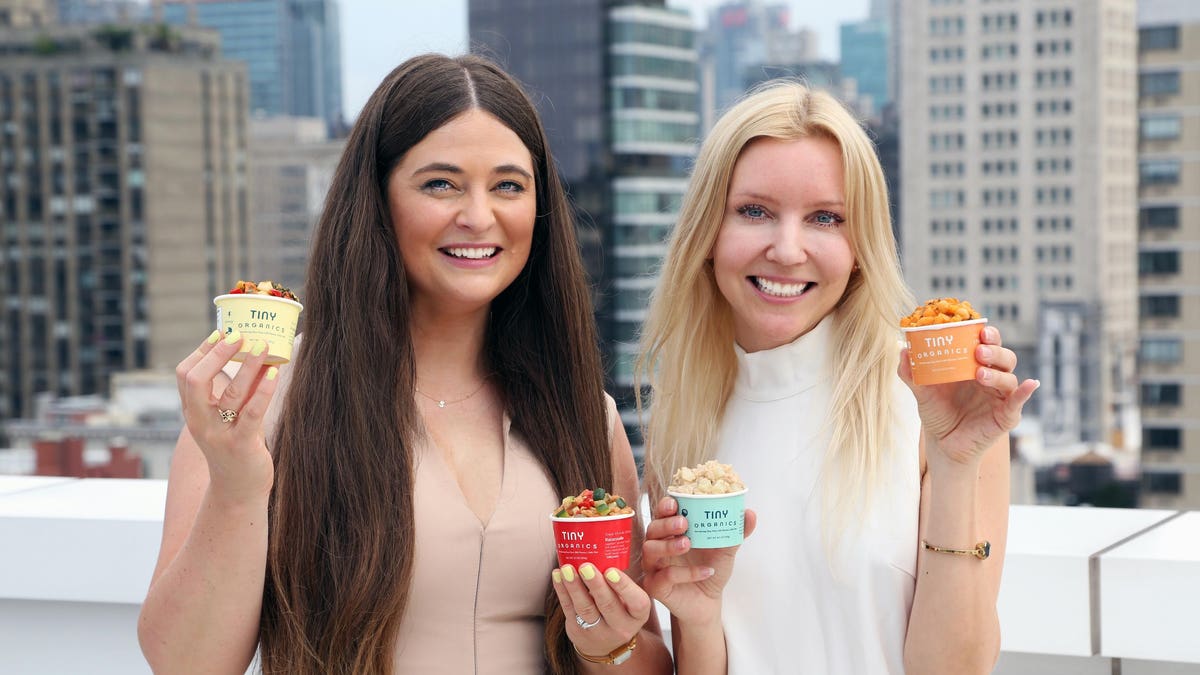 Baby food is an invented category that has been filled with pre-packaged purees that sometimes contain up to 30 grams of sugar per serving since the late 1920s, which set children’s palates to prefer sweet flavors, according to Tiny Organics’ cofounder Betsy Fore.

Following a fresh injection of $11 million in series A funding, the New York-headquartered startup, which launched nationwide just over a year ago after refining its recipes and testing with 100 families, aims to make American babies and toddlers to become more adventurous eaters later in their lives by introducing a variety of savory-forward, whole vegetables.

Previously supported by a $2.5 million seed round, Tiny Organics has experienced a 500% year-over-year revenue increase mainly through organic customer acquisition, and expects the newly raised capital to help it continue scaling its team, build brand and customer awareness, and expand product lines in the future.

“Tiny Organics’ vision in the marketplace is compelling: to positively impact a generation of adventurous eaters by shifting away from sugary purees to a whole food, savory-forward, nutrient dense foundation with meals that are both convenient and comprehensive for the modern parent,” Genevieve Gilbreath, cofounder and general partner of Springdale Ventures, said, joining the company’s board as a result of the investment.

“While that vision is inspired,” Gilbreath noted, “what separates Tiny Organics from the other companies in the sector we looked at is the world-class execution of this vision by Betsy and [the other cofounder] Sofia Laurell to bring Tiny Organics to all communities across the nation.”

The direct-to-community strategy, which Fore describes as their version of DTC [commonly known as direct-to-consumer], is deeply ingrained in Tiny Organics’ DNA, since all business decisions, including recipes, plastic-free packaging, and educational content targeting parents, were made together with its 100 founding families.

“We’re hyper focused on scaling this deep relationship with our parents, providing education, inspiration and friendship to moms and dads,” Fore said, “and most importantly, surprising and delighting our parents during these still unprecedented times.”

Babylist’s founder and CEO Natalie Gordman also added: “As the leading parenting platform and baby registry destination for millions of new parents and their little ones, Babylist is deeply in tune with what today’s modern parents need the most.

“We are proud to support the women-led team at Tiny Organics in their mission to provide the highest quality organic options for first foods and baby-led weaning.”

Fore, who is also a Forbes 30 Under 30 alum, has been a serial entrepreneur and inventor, previously creating toy and game products for Mattel
and Mind Candy, and most recently building a pet activity monitoring device Wondermento. She met with Laurell through Human Ventures’ startup studio.

The pair note how they share the same passion about advocating for women, parents and their children, and how they wanted to create a meaningful impact on childhood development through food.

“Only 10% of children in the U.S. get the daily recommended amount of vegetables, and majority of that is through french fries which are the number-one vegetable consumed by toddlers,” Fore recently told me.

She said: “At Tiny, we’re on a mission to shape the palates of a generation to prefer and to love vegetables from the earliest bites to foster a lifelong healthy relationship with food, and prevent chronic diseases and obesity later in life.”

Tiny Organics adopts a “programmatic approach” by partnering with nutritional scientists at Tufts School of Nutrition & Policy to evaluate which particular ingredients satisfy children’s nutritional needs from six months to three years and beyond, and to develop the first 100 flavors for babies based on the “baby-led weaning” concept, according to Fore.

The concept essentially incorporates more flavors and textures in children’s diets during the first two years of their lives, and trains them to become less picky eaters later on. All Tiny Organics’ products are made with low natural sugar, and none of them are ever processed or concentrated.

“We also introduce babies and toddlers to different cultures through food: Spanish flavors in our Valencian paella, the French classic Ratatouille and our southern neighbor Mexico through our Baby Burrito Bowl,” Fore added.

The series A funding will also enable Tiny Organics to continue to build on its mission-aligned partnership, including former First Lady Michelle Obama’s Partnership For A Healthier America (PHA), a nonprofit that helps transform the food landscape towards health and equity.

Tiny Organics became one of the first baby food companies that meet PHA’s guidelines, which allow their products to be labeled with “Veggies Early & Often”, Fore said, adding the company is also a founding member of the organization’s Shaping Early Palates Council.

“We believe that over the next several months and years, we will see a shift in the industry because parents across the nation are demanding for more clean, vegetable-forward products,” Fore said.