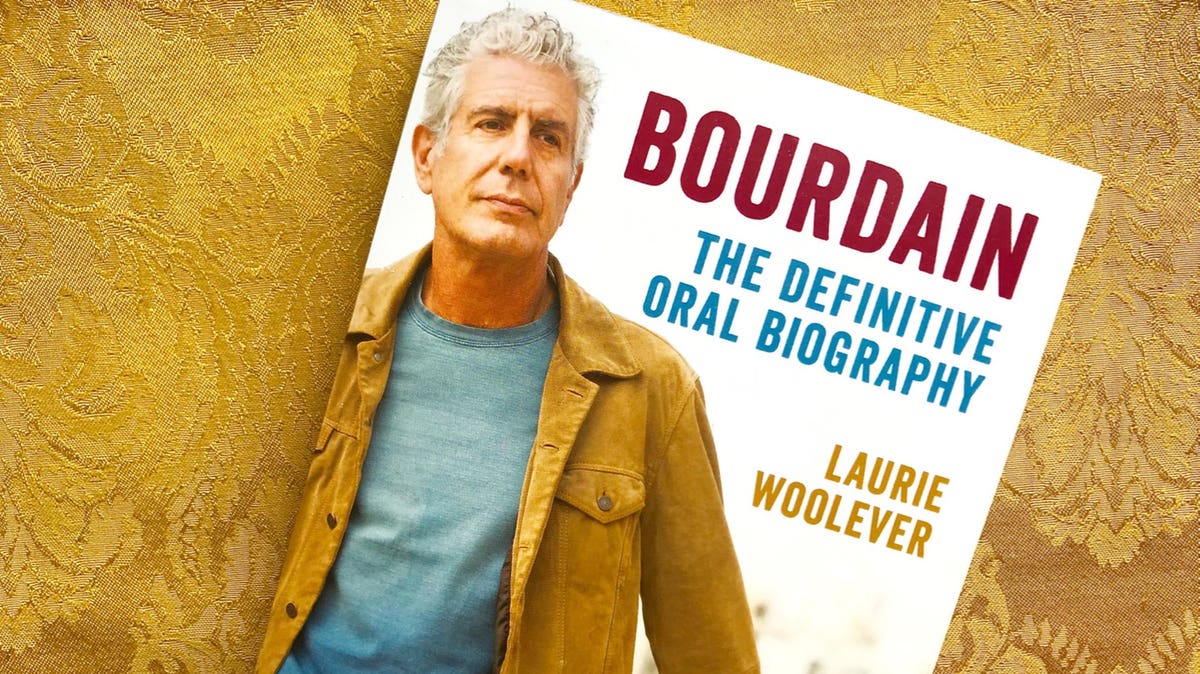 Surprises, fresh stories and deep-dive insights continue to be revealed about Anthony Bourdain — inimitable author, chef, TV personality — who touched the hearts of millions of people all over the globe with his wisdoms (sometimes cheeky, sometimes witty, sometimes endearing, sometimes profound, always incisive) spotlighting travel, food, humanity and the powerful connections they weave. His suicide in 2018 shocked and saddened fans, many of whom still grapple with the why of his death. An extraordinary soul who lived an extraordinary life, Bourdain built a legacy that has intensified during the three years since then. To let in further light and open a wider understanding of this much-beloved yet complicated man, Laurie Woolever — his decade-long assistant, co-author (Appetites: A Cookbook and World Travel: An Irreverent Guide) and journalist — interviewed 91 people who knew him well. The good-read result is Bourdain: The Definitive Oral Biography, to be published by Ecco, an imprint of HarperCollins, on September 28, 2021.

This intriguing collection of intimate conversations that Woolever conducted with his family, friends, kitchen colleagues, television associates, travel partners, publishing execs and others who spent meaningful time in Bourdain’s trajectory illuminates his behind-the-scenes worlds. Especially compelling are words by his brother Chris, first wife Nancy, second wife Ottavia, daughter Ariane and late mother Gladys. Notable chefs and comrades José Andrés, David Chang, Éric Ripert and Nigella Lawson contribute memories, too. These testaments to and about Bourdain — organized into chapters that paint a charismatic and colorful canvas showcasing who he was, how he ticked, what lit his fire — also offer windows to help answer the why of his death. The chapter topics begin with his childhood and stretch onward, among them: “I Absolutely Saw a Talent in Him,” “Super Smart, Super Funny,” “A Lot of Fun to Be Around,” “It Was What the Cool Kids Were Doing,” “He Just Wanted to be a Writer in the Worst Way,” “They Got Some Money, and It Just Went into Their Veins,” “It Was Picking Up a Rock Off the Restaurant Scene and Showing Everything That Was Underneath,” “He Was Not Just a Cook Anymore,” “I’m Not Going to Censor the Guy,” “It Was Not the Easiest Thing (Life on the Road as a Family),” “Push the Boundary Really Hard, Really Fast,” “You Don’t Direct Tony Bourdain.”

Other penetrating chapters: “He Was a Curator of People,” “He Was a Man of Extremes,” “Everyone Felt They Knew Him,” “Tony Had a Burden of Leadership That Was Real,” “He Was Attracted to Chaos,” “He Was Like a Young Kid in Love,” “It’s Hard to See Things as They Really Are.”

With pages of personal Bourdain photos, this warm book about an ultimate cool guy — vibrant and vulnerable — is dished up with finesse by Woolever.